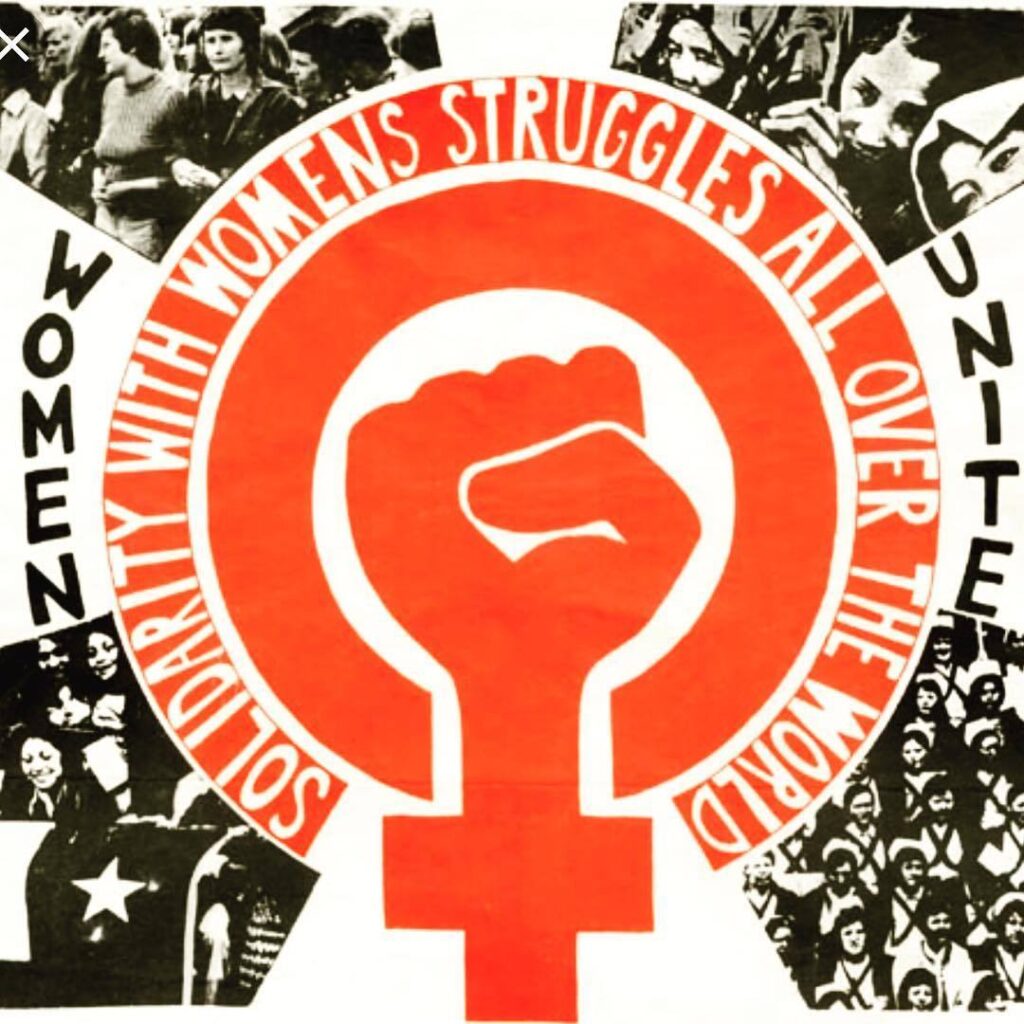 “I’m a feminist”– this statement, outside of my echo chamber, earns sighs and groans. Oh no, they think. Here she goes.

For the longest time, I didn’t really understand why people were so upset by the mere notion of someone politically identifying as a feminist, considering that people weren’t nearly as upset about me politically identifying as an independent thinker, or as a person who uses reason, or an individual who cares about the world. To me, all of those characteristics are what make up being a “feminist”– beginning with its modern-day roots of the Second Feminist wave, to the incorporation of LGBTQ+ Movements (always feminist in nature), and the intersection of critical political thought. But now, I kind of understand.

What feminism means, and what it ought to mean might be two completely different things. Because to the average person who isn’t studying critical political thought and the history of economy and movements, being a feminist is seemingly a choice which allows for us to make such claims such as putting progress in the hands of a few Capitalist women or far-right female politicians. American feminism in the year 2020 champions women for the sake of being women, and not necessarily for their progress as champions of liberation and emancipation from similar structural inequalities from which other marginalized groups struggle.

I make this observation in light of the current Democratic primaries, where many “feminists” are championing Elizabeth Warren or Amy Klobuchar, despite their moderate policy history. This, to me, screams that the modern feminist movement is in danger of splitting into factions. And without going deep into the intricacies and nuances of why having a female-president wouldn’t quite solve all of our problems in the US, I have to remind folks of this: championing a woman leader for the sake of being a woman leader is a feel-good tactic to prevent real thought from happening. Does it matter if the oppressor is a woman if there is still oppression happening? This article from Jacobin highlights how not all feminist movements are created the same, and how oppressive forces need a bigger response than the false promises of the current neoliberal state of modern feminism.

I will not champion yet another woman CEO “shattering the glass ceiling” because what we fail to recognize is that when we break through that ceiling, we are all collectively still imprisoned by the shackles of historical class conflict. Gender is only one of the facets of the multi-headed hydra which threatens to collapse all of society. One groups’ freedom does not equal the freedom of all.

I challenge all of you on this site: if you call yourself a feminist, think bigger. Think more creatively, and think outside of the confines of state-sanctioned oppression. Our sisters in battle are on the front lines battling extreme oppression in Mexico, Colombia, Syria, India, etc., and they need more than just female capitalist champions. They need more than just the celebration of diversity. And they need more in terms of what it means to be a critical feminist in 2020. So, as the elections rage on, ask yourself who the enemy is: is it men, or is it an oppressive system which keeps the working class all down?

You don’t have to agree with me, but you have to have this same feeling that something just isn’t sitting right. It’s a call back to the 30s, right before a major shift occurred which rippled throughout the world in so many facets and directions. I posit that feminism will need to drastically change its tune if it wants to survive. It’s time that we all started thinking about this so we can survive too.

Tweet
Previous ArticleHere’s Why American Dirt Has Sparked So Much OutrageNext ArticleLet’s Get Loud: About Women And Ageism