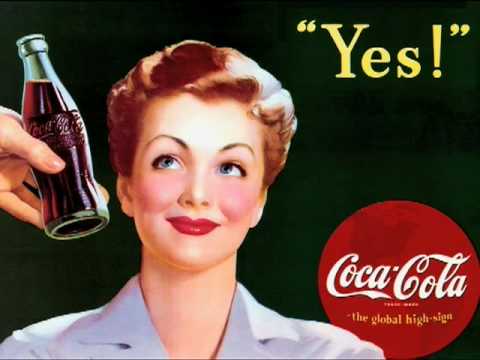 “You are the most exotic and beautiful girl I have ever seen,” an old man at church told me.  As a 15-year-old, I wasn’t sure how to react. In my mind, I knew that he was fetishizing me, something that Asian women experience every single day.  That comment gave me the same feeling that a catcall from a man on the street or the casual sexist jokes made in my high school hallways would invoke. However, it isn’t sexist remarks that angers me the most, it’s the way I react to them: I smile.

From a young age, girls are taught to smile in every situation.  Whether you’re feeling happy, sad, angry, or uncomfortable, you’re told that everything can be solved by moving the ends of your lips upward.  Our culture has placed the responsibility of smiling on to women in order to show that we’re agreeable and ready to comply with others.  But society has reached a point where we turn smiling, a warm and natural reaction to the best experiences, into a necessity for women’s success and safety.

Remember when Hillary Clinton delivered a speech after winning a presidential nomination in major states, MSNBC talk show host Joe Scarborough tweeted: “Smile. You just had a big night.”  He, or anyone else, didn’t tell Donald Trump and other politicians to smile but felt obliged to prompt the only woman running for President, as if she needed his advice.

In the political sphere, asking women to smile is not a novelty.  A 2005 Seattle Times Column described Senator Maria Cantwell as ‘Maria Cant-Smile’ because of her “almost cold personality.”  Last year, White House press secretary Sarah Sanders suggested that then-House minority leader Nancy Pelosi should “smile a lot more.”  The expectation for women to constantly smile has placed a double standard on men and women and has lead many to view non-smiling women as rather despicable.

It’s disheartening that success, for a woman, demands the maintenance of a specific appearance and demeanor.  The emphasis on smiling often tells women that their faces speak much louder than their words and actions. On one hand, women are trying to change the culture and go against stereotypes; on the other hand, it sometimes seems easier, and safer to just give in.

In 2016, former warrant officer Muhammad Rizalman Ismail was found guilty of indecent assault on a 21-year-old woman, Tania Billingsley.  According to the NZ Herald, Rizalman claimed that he was getting signals from the way Billingsley smiled at him.  He said, “In Malaysian culture, if a woman smiles at a man, it is deemed that they are happy to know that person…It is an invitation to follow.”

This isn’t an occasion unique to the Malaysian culture, or any culture at all.  Rizalman’s reaction to Billingsley’s innocent smile is emblematic of the harm that male interpretation of women’s smiles can cause across all societies.  Every day, women are catcalled on the streets, with the most common phrases being: “Give me a smile,” or “Smile, why do you look so mad?”

When strange men tell me to smile, it feels invasive and dictatorial.  Smiles are meant to be genuine and personal, not something to hand out to others that won’t give you respect in return.

Years ago, education explicitly told young girls and women to quickly learn to smile, defer to boys, be neat, and “speak only when being spoken to.” This would open women up to conversations and allow those around them to feel comfortable.  As long as women abided by those two simple rules, they could easily embody the golden standard of what it meant to be a woman.

Today, it seems that society has expanded options to two types of women: those with an RBF, or Resting Bitch Face, and those who smile.  Yes, women are characterized largely by the personality plastered on their face rather than how they feel. To the point where a woman can stand on stage and give a presidential nomination speech, and the feedback she gets is about smiling, there’s clearly a priority problem.  People like to believe that sexism doesn’t exist anymore because it’s no longer straightforward. But the implicit discrimination can be even more harmful because people fail to recognize it as a problem.

Going forward, it’s important that young girls have different role models to look up to.  Currently, the United States is seeing a surge in female influence, exemplified through the record-breaking number of women sworn into the House of Representatives.  The more society decides to value women’s experiences and words over a smile, the easier it is for women to be taken seriously.

To all the men that have catcalled a woman, I encourage you to think about how many men have already asked her to smile, and how many people catcall you.  Besides, a smile is supposed to be derived from pleasure or amusement. If a woman doesn’t give you a smile, it’s because you don’t deserve one.