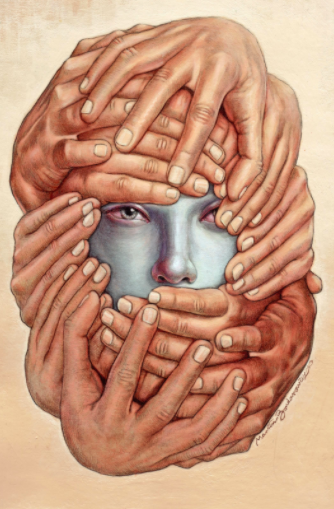 What Is The Issue At Hand?

Fraternities encompass a sexist and offensive environment, it is important to understand how the Greek system has become so engulfed in misogyny it could be argued that it is contributing to the increase of rape cases and other forms of sexual assault and harassment.

One gravely disturbing detail about these groups is that they come with a promise of inclusion, connections and a faux sense of “brotherhood.” After all, which freshman would not want to become a member of elite, exclusive clubs that boast predecessors of great standing and wealth? There are famous men that come from these rich, boy clubs such as US Secretary of Labor: James Davis from Delta Sigma Phi, Actor Ashton Kutcher from Delta Chi, Billionaire Ted Turner a proud member of Kappa Sigma. The list goes on and on, and it is understandable for the younger generation to admire such individuals and wish to pursue similar career paths so they too can reap the fruits from their labor and see success.

What is not made apparent is at what cost shall these young, impressionable boys get access to this club.

Another issue that needs more light shed onto is how the brothers have deeply disturbing hazing rituals and ‘bonding’ strategies. For example, there have been cases such as gang rapes occurring for initiation and sport in fraternity houses. It has been described as a bonding exercise in the sense that they have competitions with each other to see who can ‘prove their manhood’ and impress their frat brothers the most, this is not seen as a violent gang rape but instead as a friendly, competitive exercise such as scoring a goal in soccer. This describes their inherent but toxic need for acceptance and friendship; therefore homosocial roles are formed.

The Truth Behind Fraternity Versus Sorority Culture

Another branch in this tree of sexism is the double standard of sorority versus fraternity structure. The problem I feel is necessary to understand that it is not simply rape; it is the imbalance of power. It is the fact that fraternities are given the power to have their own parties and control the alcohol intake, who is allowed to enter their frat house, who is not, etc. The sororities, on the other hand, are not allowed to have alcohol on the premises, therefore they cannot host parties. (They also have rules in place dictating their behavior in unjustifiable ways such as how they must style their hair, makeup, what they can post on social media, etc. This all creates the understanding in the sorority sisters’ minds and that of the publics’ that females do not have agency over their bodies.

This contributes to the culture of university male students feeling entitled to a woman’s body and making victims feel their experiences are not to be taken seriously.) This all forces females to attend the frat parties, which is where their chances of being drugged and raped are higher. It has been found in studies that fraternity brothers are three times more likely to rape. In conclusion, the culture that fraternities are brewing is toxic to females (and other gendered victims) and many are calling for its dismantlement.

People should understand that generally speaking, fraternities allow college students to view women as commodities, or even worse prey, and this is adding to the ever-raging gendered violence culture in society.

I like to shed light on the social grievances and political issues we see today in marginalized communities. The recurring theme in my works is and always will be radical feminism. I offer a unique journey through reviews, articles and blog entries so please keep reading to find out more!