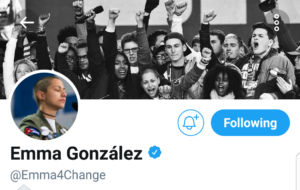 I have many personal rules, rules that I hold myself but not others.  I won’t use an accessible loo that has an adult changing station in it if there is any other toilet I am capable of using.  If I buy lunch rather than taking it to work I have to give a quid to the first homeless person I see on my way home from work.  If I have a half hour cuddle with one cat I must spend half an hour with the other cat.  Nobody else cares about these rules, I am not accountable to anyone for them.  Let’s face it, even the cats won’t really notice if I spend more time with one, they know I love them both…right?  But I break these rules.  After all, sometimes when you gotta go, you gotta go.  I don’t always carry change.  And frankly, one of the cats is a bigger fan of cuddles than the other.  We are all hypocrites.

One rule I try to stick to is not to comment on other countries politics.  Now, you may think that is short-sighted, after all, one countries politics affects another, but it was born from a great annoyance of my own; Americans commenting on British politics.  Now, it is nearly always a certain type of American.  The Trump voting kind.  And their views are usually something along the lines of BREXIT WILL SOLVE EVERYTHING!!!!!!! or BRITS NEED GUNS COS LONDON IS OVERRUN BY MUSLIMS!!!!!!! or KATIE HOPKINS IS GREAT!!!!! and its fair to say, they are wrong.

Brexit has been categorically proven to be an impending disaster, London does not have boroughs white people can’t enter and Katie Hopkins is the smear you leave on a toilet after a large shit, only harder to wipe away.  I got very sick of seeing people commenting on things they have literally no understanding of but realised I had myself commented on posts by Americans about Hilary and Trump in the run-up to the election.  So, I made a rule; don’t get involved in foreign politics.

But we are all hypocrites.  I find I cannot scroll past these things on twitter anymore, I cannot see the speeches on Facebook and tell myself they are not for me.  When teenagers, when children are dying it is not a time to debate whether bearing arms is a right or a privilege, it is not the time to debate whether these students are capable of making informed decisions and it is not the time for governments to drag their heels while they worry about their donors.  It is a time for change.  It is also a time for hypocrisy.  The children dying may be American, but that shouldn’t lessen the rest of the worlds sympathy and the message to the movement must be clear; the UK sees you, the UK agrees with you, the UK stands by you.  We may be hypocrites but at least we are hypocrites who want gun control.

Supporting March For Our Lives Means You Should Support Black Lives Matter.

No Place For Girls