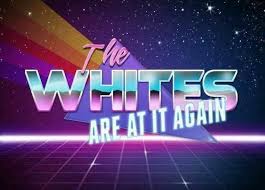 Recently, white people started an “It’s Okay to be White” campaign. Because, apparently, they felt extemely oppressed; the irony in that statement.

Well, is it okay to be white then? Of course it is. However, affirming that it’s “OKAY” to be white connotes that white people are being oppressed, and that is what’s not okay.

For thousands of years, black people and people of color were deprived of their rights. They were repetitively dissipated and discerned as menial to whites. If truth be told, they still are. A few days back, Tomi Lahren labeled Beyoncé as “police-hating” and Colin Kaepernick as “America-hating.” But what did Beyoncé and Kaepernick really ‘perpetrate’? They held white people accountable for their actions. They held America accountable for its actions. Now that black people are standing up for themselves and white people are lastly being held accountable for their actions, they feel “victimized.” Being held accountable for your actions is not being oppressed. That is nowhere near to what oppression is. White people can and will never comprehend what oppression is.

When you ask a white person where they are from, they’ll tell you – their voices filled with exhilaration – “I’m 4% Irish, 12% Greek, 34% Polish, 42% French, and 7% German. Oh, and 1% Croatian!” Ever pondered why? How are they so informed about their ancestry? How are they able to know what percentage of what they are? Because their history was never stolen from them. It was never erased. It was never used against them. A white person can trace down exactly what town in Ireland they’re from, but a black person won’t be able to go further than one country.

Because their history was erased.

Because their history wasn’t deemed as significant.

Because their history was not documented.

Because they were used as slaves.

And because slaves were just “blacks.” Nobody knew where their slaves were from. They identified them simply as “black people.”

The word black had nothing attached to it but bigotry, hate, and ignorance.

Disclaimer: There’s nothing wrong with BEING white, because nobody chooses where they’re born. However, CELEBRATING being white is wrong, because then you’re just celebrating having turned millions of people’s lives into a living hell.

Hijab Of The Eye

Is The So-Called “Honor” Greater Than Lives?