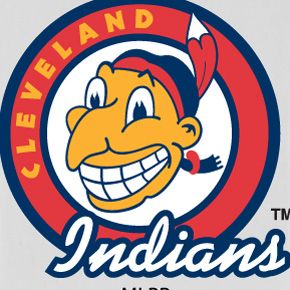 I might be kidding a little bit about that title. Boycotting an entire popular sports franchise isn’t that easy since sports have become so entrenched in our human culture that watching them and playing them are regarded as not only a duty, but an honor. However, you might be wondering, why on Earth would I want to boycott the Blackhawks?

Allow me to enlighten you. Do the following sports team names bother you at all? Chicago Blackhawks…Washington Redskins…Kansas City Chiefs…Cleveland Indians…

Or maybe it is the mascots of these teams, of which include the side-profiles of Native American men with feathers in their hair? If you don’t see something concerning with these team names, then I am concerned for you. These team names embody the issue of cultural appropriation in sports (like with names and mascots). I cannot speak for other parts of the world besides America, because my knowledge is limited to my home country, but I know that here in the United States, several of our states are guilty of this appropriation. And I have no doubt that it has occurred in other countries as well. And it seems to be exclusively the appropriation of Native Americans. In a country where sports are such a huge part of many lives, this is an issue that cannot be glossed over.

I remember visiting a high school in my home state last year for a speech team competition, and the school’s team name was “The Warriors,” along with the mascot being a Native American man. This educational facility’s walls were streaked with stereotypical depictions of indigenous people, and I distinctly remember being so confused and quite disgusted. As I discussed this school’s issue with some of my peers, other incidences of this same problem popped up. We identified the Redskins and the Blackhawks right away.

Naming a sports team that is extensively viewed and consequentially looked up to by millions of people after a term that was used to label a people during their genocide is extremely problematic and disrespectful. “Redskin” was a word to belittle and dehumanize Native Americans, and worse than that, it was when white colonists killed Native Americans, they would take a “trophy of war” which would be the bloodied scalp of the murdered native. And that bloodied scalp is where the name “redskin” came from. So the Redskins, a big football team, calling themselves the “Redskins” is exceedingly inappropriate, unsettling, and oppressive. And then there are teams like major league baseball’s the Cleveland Indians. This team just flat out calls themselves an entire ethnicity- one that isn’t even accurate because Native Americans are not Indian (Christopher Colombus simply didn’t know what the heck he was doing). And their mascot is downright degrading. At least the Chicago Blackhawks’ team name honors an actual person, Black Hawk, but their mascot is also problematic.

There is literally no excusable or logical reason behind naming your team after Indigenous people or areas related to their culture and history. One would never imagine that to fly with a different race. And our justice system has spent far too long ignoring it, just like it does for every other issue that affects the natives of this country. Many Native American activists have even spoken out about this, outright saying that it offends them. These sports franchises have no place to ignore the voices of a people who have been so institutionally silenced throughout this country’s history.

(Disclaimer: Of course, I am not Native American myself, so I cannot speak for what is and isn’t offensive to them, but I feel that I, as a person, have a responsibility to do the utmost to prevent any possible continued oppression towards all minorities, even when I am not a part of a particular minority group myself, and to work towards equality.)

It’s More Than A Cup