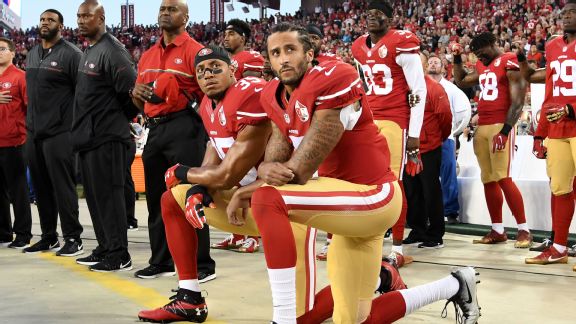 Those four black girls blown up

in that Alabama church

remind me of five hundred

in a net, under water

so redcoats wouldn’t find them.

Can’t find what you can’t see

“Racism isn’t disagreement. It is systemic and cultural exertion of unjust power for the benefit of the race that the racist deems superior.” – Bernice King, Daughter of Martin Luther King Jr.

From Tammy Lahren to Marc Jacobs, “I don’t see color” is a white person’s favorite claim to make when told they’re racist. A portion of us have been taught to ‘not see race’ and only perceive ‘people.’ By saying that you don’t see color, you’re really contributing to racism, not fighting it. You’re erasing their antiquity and their identity, pretending it doesn’t matter. You’re overlooking an immense part of racism by making it appear as if it doesn’t exist.

On June 3, 2016, Trump referred to a man at his rally by saying, “Look at my African American over here.” Now, this may appear somewhat insignificant. But by saying my, you’re indicating ownership. You’re specifying that the person belongs to you. This takes us back to history, to slavery. When white folks possessed black individuals; bought, sold, and traded them as if they were possessions. If hearing a white man denote a black man as ‘My’ can frustrate me, would it not strike a chord for black people?

Roughly a week ago, Trump tweeted saying that kneeling throughout the anthem is disrespectful, and a lot of white people agreed with him. And when I say a lot, I mean a lot. Pardon me if I sound harsh but, is murdering black people for simply being black not disrespectful?

Is police brutality towards black people not disrespectful?

When Philando Castile was killed – in front of his fiancée – was that not disrespectful?

When a black kid was beaten up for being in a white neighborhood – was that not disrespectful?

Is dumbing down a black person because of the history of their race not disrespectful?

Is 245+ years of slavery, of treating black people like property, not disrespectful?

Is stealing black women from their homes and raping them not disrespectful?

Is hundreds of years of constantly making black people feel like they are not enough not disrespectful?

Is telling black people not to stand up for themselves not disrespectful?

Is freedom of speech only eligible when the person protesting is white?

By telling NFL players not to kneel, you’re conveying the message that racial injustice is okay. Whether it be systematic or individual, racism is still deeply rooted in America.

Someone I knew once pointed at a black person and referred to them as black. Another person that was also present believed that it was offensive to call them ‘black’, and said that the person could have pointed them out without stating their skin color. It made me think.

When you tell someone not to refer to anyone as ‘black’, you’re assuming that there’s something embarrassing about being black. Why are people afraid to refer to a black person as ‘black?’ Why does the word ‘black,’ up to this day, have a negative connotation? Has a white man ever been offended for being referred to as white? Has a woman ever been offended for being called a woman? I think not. So why would the black man be ashamed of being titled ‘black?’

An Ode To The Finale Of BBC America’s Orphan Black: On “The Galaxy of Women”

The Power Of Representation