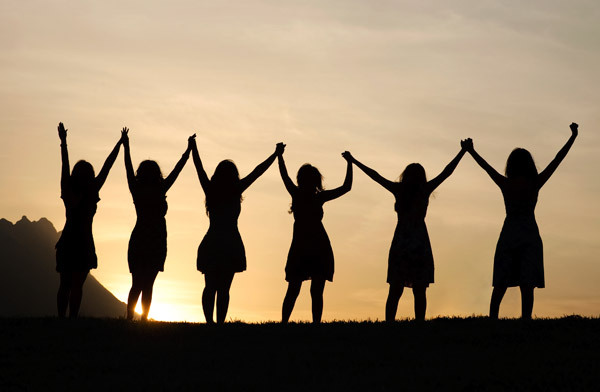 As I scrolled through my phone on the last day of my winter break, I got a notification: a friend had sent me a picture along with a text. I opened it and it was a photo of a girl who had just come from the gym. She was smiling, obviously pleased with her workout for the day.

I looked down and saw the text that accompanied the photo, “Why does she need makeup to work out?? Lol.”

I hadn’t even noticed her makeup the first time, I had to go back up and look at the photo again. I simply replied, “Some people do.” To which my friend said, “No, fake people do.”

The exchange was fairly simple; to anyone, it would have seemed like nothing. After I put down my phone, I sat there for a moment and I couldn’t understand why the conversation had bothered me so much. My friend didn’t say anything wrong, she just stated her opinion. Then, I realized what bothered me was the fact that she was judging a woman based on her choice to wear makeup to the gym. Nothing about this made her seem “fake” to me, and yet there were people, like my friend, women especially, who would shame her for it.

Women are often the victims of continuous berating for every decision they make. Everything is scrutinized and criticized, from men and woman alike. I cannot count the amount of times I’ve heard a woman tear down or slut-shame another woman. The judgement comes from an underlying misogyny, but few people realize or are willing to admit this. No one wants to believe that their opinions are formed by a sexist culture that we’ve grown so accustomed to that we no longer realize it’s there. We all want to think that our opinions are our own, not tainted or influenced, but that is not true.  We criticize and condemn women for expressing themselves in any way that may not fit the rigid, conservative mold that society says we all must follow. Unspoken (sometimes not so much so) rules that we must abide by or risk being ridiculed by our peers.

Women are told that we have to be naturally beautiful: long hair, smooth skin, tanned but not too dark, modest but sexy, smart but not too smart. A model that is impossible to fit perfectly, and the ones that come close are lucky, they’re put on a pedestal above the rest. Not being the “ideal,” you would think that women would understand the struggle we must all go through to make it in a world ready to throw us down. Instead of helping their fellow woman up, we use others as stepping stones. The phrase used too often is, “I’m not like other girls,” and while yes, it is important to be an individual, this phrase goes much deeper than that. It is saying I’m somehow better because I conform to what society wants a bit better or a bit more than the other girls. This mentality is damaging to women and girls everywhere; it turns everyday living into a cut-throat competition to see who can rein champion, the ultimate woman.