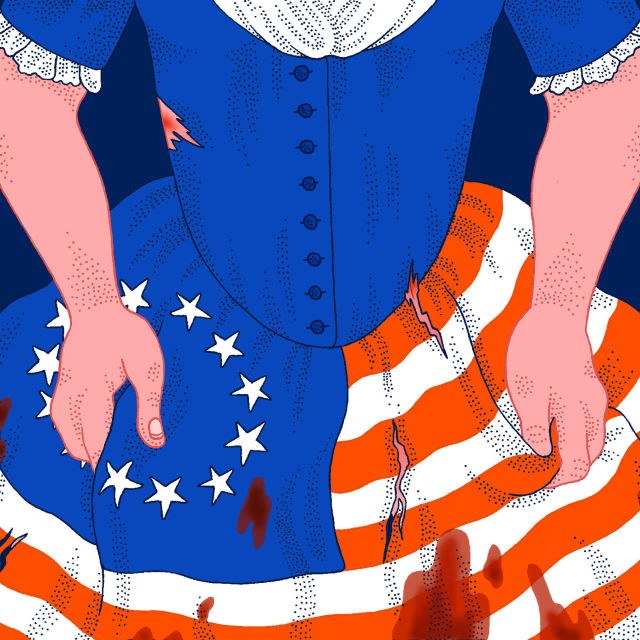 One of the most egregious breaches of humanitarian laws is the sexual violation women endure during times of war. Living in the United States, I seldom see this topic brought into the light, especially due to the United State’s opinionated stance on most conflicts occurring worldwide and its own culpability in these sexual assaults. These breaches of human rights violation are not only due to “human nature,” but also a systematic and socially acceptable process in times of war. I find that because we do not talk about how war and military forces violate women during times of war, we are being complicit with the issue and are also culpable for these crimes.

Almost eighty percent of refugees, as well as, casualties of war are women and children[1]. It is an unspoken norm that women are used as commodities during the war; they are objectified as sexual objects and used to trade amongst men. According to Irene Khan of Amnesty International, “Women and girls are not just killed, they are raped, sexually attacked, mutilated and humiliated. Custom, culture, and religion have built an image of women as bearing the ‘honour’ of their communities”[2]. Through this quote, you can see that women are not just used for sexual gratification, but to denigrate whole communities and societies by targeting an essential factor. Women are stripped away from their identities and are used as objects to terrorize and destroy whole communities. This violation not only humiliates women but affects whole communities’ economic institutions and health by reducing the labor force and often infecting women with STI’s. It is an insidious tactic that shows the means countries will go to achieve their goals of hegemony or revenge.

Rape and other forms of sexual assaults are mechanisms to advance military goals; These goals are achieved through raping thousands of women, trafficking them for forced labor and prostitution, infecting them with HIV/AIDS. Furthermore, “much of this trafficking is to service western troops in brothels near military bases. Even women serving in the military are subjected to sexual violence. The perpetrators of these assaults have rarely been prosecuted or punished”[3]. One can see that this lack of justice within the international world also shows how patriarchal most countries are, especially when it comes to sexually based crimes. This pattern of disregard towards harassment against women is not just something that is prevalent domestically, whereas in the United States, solely a sexual assault survivor’s statement is never enough, but also internationally.

One of the most recent and clearest examples of this occurring is during the conflict in Bosnia in the 1990s. Although I credit most of this elucidation due to the violations occurring in a European country, where there would be obvious favoritism by western media, I also think that there are notable effects and implementations of sexual violence as a militaristic tactic. In the book War and Public Health by Barry S. Levy, Victor W. Sidel, Levy and Sidel argue that women tend to be domestically responsible for taking care of the children and providing food for the family[4]. Women start to face an increasing burden within the domestic realm as a war progresses, in comparison to man, due to military strategies of attacking civilian’s access to water, food, and fuel.  Furthermore, due to the winter in Bosnia, there was a shortage of food and fuel; as women sought to find these necessities, they were shot by armed men.

What was even more insidious, was the systematic rape of women of all ages (starting from as early as 12 years old) in rape camps. These rape camps were integral to the genocide of the Bosnian people. One of the reasons that these rapes were conducted was to purposely impregnate women so that they would attain a “serbian child,” which was an attempt to strip away a sense of identity of Bosnian women and their children. Moreover, this sense of identity is also stripped also in the act of the rape; in Bosnian culture, women “remain chaste until marriage. Rape is a trauma with far-reaching consequences for these victims who have well-founded fears of rejection and ostracism and of lives without marriage or children”[5]. One can see that the rapes of Bosnian women were to cause sexual humiliation; as well as, cultural. They aimed to strip women of their values and publicly shame them within their communities.

This level of dehumanization is one of the biggest reasons, other than the patriarchal culture we live in, that there is not as much information disseminated about it. These actions are so vile ad heinous, people do not want to accept the fact that their fellow neighbors could have carried them out. However, this type of torture has gone one for centuries. There is documentation that the Ancient Romans and Greeks would take women as “booty to be sex slaves and raped in moments of triumphalism. The raping of women was a type of revenge against women the men on the other side”[6].  These actions have been repeated throughout history, the reasoning of these rapes being as both aspects of vicious triumphalism and deliberate means of gaining revenge against a party. Testimonies of American soldiers in Vietnam detail their standard operating procedures, where the soldiers would rape women in public to terrorize Vietnamese villages. American soldiers “knew this. Did it publicly, and it was, as they say, standard operating procedure. It was not until they returned to America and the anti-war movement had begun to question”[7] its veracity. These testimonials highlight the culpability of entire armies to the mass rapes against women; it has continued to happen throughout history but brushed under the rug.

According to the Universal Declaration of Human Rights, Sexual Violence is a crime against humanity. In Article IV and V,  it states that “No one shall be held in slavery or servitude; slavery and the slave trade shall be prohibited in all their forms.  No one shall be subjected to torture or to cruel, inhuman or degrading treatment or punishment.”[8] This shows that although prominent International organizations have a strong stance against this kind of behavior, it is still not effective enough in preventing these crimes from occurring. In light of the terrible effects of sexual violence on women, which includes “vulnerab[ility] to poverty, prostitution, and higher illness and death following armed conflict”, it is necessary to include female narratives in peacekeeping efforts rather than shielding them from war.[9]

Having women involved in peacekeeping efforts not only empowers women but also brings insight to adversities that women face during war.  Currently, we have approximately 125,000 peacekeepers, 13% of whom are women. Out of the thirteen percent, three percent of women are military personnel and ten percent are police officers. It is extremely imperative to have more female representation in peacekeeping operations. These women are able to provide women and children a sense of security, as well as, open up lines of communications in regards to difficult topics. One of the biggest impacts that I find, is that it opens up access to empower themselves and other women. This can lead to better economic, health, and political institutions within various nations.  Furthermore, including women in diplomacy has had substantial benefits. When addressing dispute resolution, women tend to ease tense situations, while using less excessive force than their main counterparts, which helps advance stability. Furthermore, “Women’s participation in the security sector is associated with fewer misconduct complaints and improved citizen perceptions of force integrity.” [10] This can be seen through examples of Rwanda and Namibia where citizens viewed female police officers as being more effective in easing tension or moments leading up to violence. This elucidates that women can be just as effective in many aspects, if not more, of peacekeeping efforts.

Shielding women from the notions of war puts them in debilitating position and forces them to follow narrow paths that lead to their abuse. If more women are put on the table to carry out diplomatic relations, they would be much more able to uplift themselves and other women. They would be given the opportunity to learn and teach, whilst empowering other women along with themselves. We have continuously shut women out of peacekeeping narratives for centuries and instead have been ridden with egregious breaches of human rights, especially when concerning sexual violence towards women. It’s time for change.

Staying Pure: A Story Of Virginity and Oppression

Songs to Add to Your Playlist That Reference Mental Illness, Suicide, And Staying Strong

Yusra Siddique is a 2nd year Political Science major with an emphasis in International Affairs at University of California-Riverside. She is passionate about Higher Education and Title iX policies and has advocated on the local, state and federal level. She has also had the opportunity to be a contributor to CNN. Yusra also enjoys traveling and going to museums! If you have any questions or comments, please feel free to email her at ysidd004@ucr.edu. IG: @yusrasiddique Twitter: @yusrasiddique98 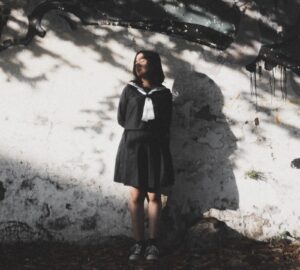