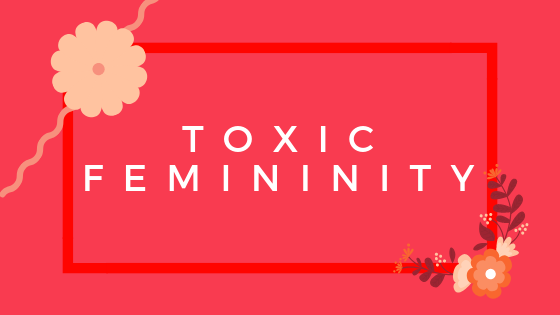 A common misconception many people have about feminism is that true feminists reject all aspects of femininity such as being empathetic, caring, compassionate, nurturing, caring for their appearance, and taking care of others. Women who reject the typical feminine role and choose not to cook, get married, or have kids are labelled by society as real, strong, independent feminists, while women who take pleasure in cosmetics or their role in the home are labelled as superficial and weak.

The idea that being feminine makes one weak or unintelligent is extremely dangerous. Certain labels and stereotypes teach us that being smart, strong, and independent are all characteristics antithetical to femininity. These misconceptions feed into the mistreatment and subordination of women – it’s important to be cautious with our discourse because our rhetoric does have a large impact on societal norms.

It’s upsetting that notions of what it means to be feminine are plastered onto individuals because there is not a specific set of characteristics that defines femininity. Rather, we should embrace the mindset that what it means to be feminine can differ from person to person and ultimately, being feminine is whatever you want it to be – it’s should be what makes you confident and happy.

To me, femininity means being hard-working, strong, self-sufficient, resilient, empathetic, and passionate. It means using my trauma and difficult life experiences to become a better person and view it as a lesson to make the world a better place. It also means indulging in self-care and going out to get my nails done every once in a while, going online shopping, and buying more makeup than I will ever need. But that’s just me.

For celebrities like Beyoncé and Cardi B, femininity means embracing and expressing your sexuality. As Bell Hooks describes it, typically women who reveal their sexuality or appeal to the “male gaze” are viewed as dangerous and promiscuous. Women who openly express their sexuality rather than hiding it are reclaiming their agency as a form of empowerment, and I view that as truly admirable.

Other women like novelist and feminist Chimamanda Ngozi Adichie express their femininity in different ways, like fashion. Adichie explains how growing up as an aspiring novelist, she was hesitant to express her interest in fashion due to the fear of it undermining her intelligence. However, she views the tide as changing and hopes that one day women who like fashion won’t feel a pressure to pretend they don’t. “I like fashion. I like history and politics and ideas. Those things are not mutually exclusive.” Adichie said. She doesn’t just like fashion, but actively participates in the industry. She regularly incorporates African designers into her wardrobe and you can even catch her at Fashion Week.

In the 3rd season premiere of hit TV show Queer Eye, there were many conservations about what it means to be a woman and what it means to embrace that there’s no one way to be that. The woman receiving a makeover in this episode grew up on a farm with several brothers and got to a point in her life when she realized she wanted a makeover that would make her feel more “feminine” and powerful. She recognizes that her favorite things about herself are how strong and self-sufficient she is. She works as a security guard in a prison facility and can do things like hunt, fish, and grow her own food. However, she grew up thinking that these characteristics meant she couldn’t exercise self-care and express herself in ways typically viewed as “feminine.” The Fab Five helps to teach possible to be strong and self-sufficient while also embracing your femininity.

Moving forward, let’s be more inclusive in our recognition of different styles of femininity. We should encourage young people to be who they want to be without defining masculinity and femininity. We need to stop assuming that just because someone is of a certain gender, that they must act a certain way. No one can define femininity for you. And you should not define femininity for others. The theme I want to highlight here is the importance of choice – accept others for who they choose to be, just like you would want them to accept you for your decisions.

A True Leader Does Exist

Sumaya Hussaini is a writer at www.womensrepublic.net/. She is a student at the University of Southern California double majoring in Political Science and International Relations with a minor in Gender & Social Justice. She is passionate about the intersection between law, foreign policy, international security, and women's rights.