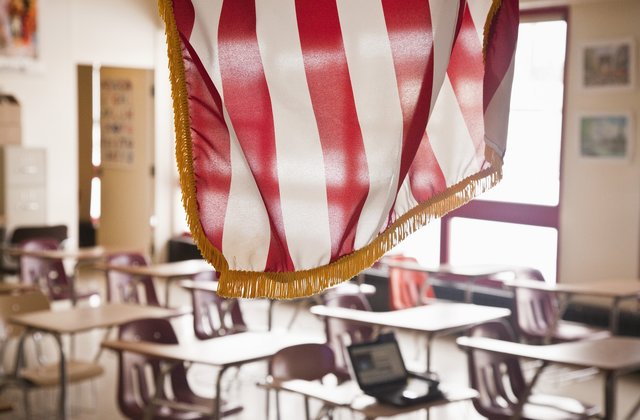 The world was stunned when the United States voted Donald Trump into office. The prominent businessman’s candidacy was taken by many as a joke, but as the campaign continued and his following grew, perceptions began to change. Minorities started to consider life during a presidency in which blatant racism, sexism, and xenophobia would be encouraged. His supporters hoped for the economic prosperity he promised them, and a refocusing of political priority to their benefit. As is often the case during a change in administration, social tension rose and sides were taken. Even among those of us not yet able to vote, there was a palpable tension that even small children picked up on.

I was 17 years old when Donald Trump was elected the 45th president of the United States. It was the middle of my senior year of high school, and the day is burned into my memory.

I remember going to bed while the votes were still being counted and Hillary Clinton was ahead in the polls. My father gave me a hug and said: “It’s alright, he won’t win.” But in the morning, it was like the whole world had turned upside down. I woke up to multiple texts from my best friend saying “HE WON” and a news alert confirming that Donald Trump had, in fact, won the election. I couldn’t believe it and went to school still in shock.

The atmosphere at school that day was chaotic, to say the least. It was as though all the tension of the past few months was swirling around, trapped inside the school. Many of my classmates were in disbelief, many of us were angry, and those students that supported Trump were insufferably smug. There were countless heated debates and announcements over the loudspeaker that fighting would not be tolerated. There were reports of fights breaking out at other schools, and students breaking down in tears. One memory that sticks out most in my mind is that in a class of thirty, only a handful of students stood for the pledge of allegiance. As our teacher glared at us and recited the pledge, the overwhelming majority of the class sat in silence. I understand in hindsight that it was disrespectful, but at the moment I felt defiant. I can’t speak for my classmates, but I was seething with rage and confusion. I felt betrayed by my country, and very, very afraid. I didn’t know how to process what I was feeling, and only two of my teachers were willing to discuss the election. My English teacher told us that he was there for us and that we could always come to him if we wanted to talk, and my Government teacher let us discuss the election in class. I am eternally grateful to them for making me feel safe.

I’m glad to have had adults like that in my life because I felt very lost. I was afraid because I didn’t understand how the United States of America, a country full of diversity and innovation, could elect a leader with such disregard for humanity, such hatred for anyone who wasn’t like him. In my eyes, Trump was irreconcilable with everything I consider America to be. We are a nation of immigrants, yet our president openly attacks immigrants in the media. The foundation of our society is built upon free speech, and yet here is a president who cannot abide criticism. Our constitution declares freedom of religion, but our president openly promotes Islamophobia. I couldn’t fathom how we had gone from being represented by the first black president in our history, to a man I thought so clearly capable of tyranny.

As a young woman, I was afraid of having a president who so clearly views women as his inferiors. As someone who grew up in a diverse area, I was afraid for the immigrant families I knew, and couldn’t understand how someone could hate them, just because they weren’t born here. Most of all, I was finally old enough to understand the societal changes brought on by presidential elections, and angry that I didn’t have a say.

I didn’t know what was going to happen, and it was disconcerting how much my country had changed, just during the campaign. The election brought out the ugliness in us as a nation. The divide between liberal and conservative widened considerably, and the social divide continues to worsen even as we near the next election. I was afraid for my country then. I’m afraid now. The only difference is that now I’m old enough to vote. My generation is now the decision-makers, and as a proud American, I look forward to finally having a say in the future of our nation.

Most Underrated Female Disney Characters That Are Feminist Icons

Too Few Women In Tech And Too Many Forced To Leave