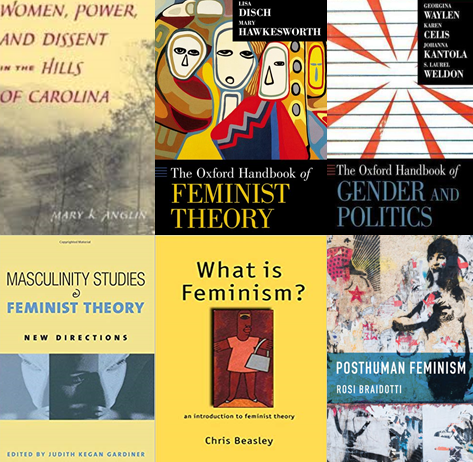 I’m a student of International Relations, a rather broad, multidisciplinary major where social, economic and political theories of all types and contexts are a welcomed discussion. One day in class when discussing World Order and analyzing which theory understands it best, my lecturer, in jest, asked me if I thought Feminist Theory had a better understanding of how International Relations worked. His chuckle that followed the question was not the first I had heard from my male lecturers, classmates, and friends. Often lecturers have skimmed over feminism in International Relations either grudgingly, jokingly or sometimes in pure disgust and in an apparent show of their dislike for the theory. It is understandable that academicians ascribe to one theory or another, but this treatment that I saw throughout the course of my degree was rather unsettling. What makes academics forgive Wilson for his dreamily unrealistic theory of idealism or Machiavelli’s disturbingly manipulative realism but not the new and emerging feminist theories?

Most of Social Theory, as its name suggests, has revolved around the understanding of the nature of human thought, human society, and human thought and perception in society. A large number of immense genius has been poured into this discussion that has helped shaped the world we know today. For example, as early as the 18th Jean Jacques Rousseau spoke of society as a free agreement among savages and that savaged is then made civilized and plays his role in society, well only his role. Women were of course excluded from his analysis of what makes humans who they are, as they were from Hobbes’ analysis, from ancient Greek democracy, from most European states until dangerously recently and as they had been in most of social sciences and humanities until very, very recently. Safe to say, most social theorists that I have had the pleasure to come across were chauvinist, misogynist pigs. Women’s studies challenged the male-centered era of knowledge only after the second-wave of feminism before which all understanding of human behavior was to be derived from men, specifically white men, and women mentioned in bits and pieces in a family and raising children. Over time, feminists and thus feminism began to expand into other disciplines and tried to make room for its own assumptions about the world. Social theory as it is today, takes into account women’s experiences and in some areas more than others, and rightly so given that it has to make up for hundreds of years of neglect.

Feminist theories in essence, across all varied fields and disciplines, ‘analyze women’s experiences of gender subordination, the roots of women’s oppression, how gender inequality is perpetuated, and offer differing remedies for gender inequality’ (1). The liberal feminist approach calls for legal, political, and economic participation to elevate women’s position in society, while radical feminists argue that women’s oppression comes from suppression and control of their sexuality through violence and institutionalization of that violence. A little further across the spectrum is the Marxist and Socialist feminist school of thought that claims that gender inequality has roots in Capitalism and explores the idea of exploitation of women’s unpaid labor and reproductive labor. At another end, psychoanalytic feminist theory explores misogyny and patriarchy through Freudian ideas arguing that psychosexual development and socialization in younger years shape power relationships between men and women and the differences in their sexuality. Feminist theory in international relations attributes global power balance to male hegemony and wars to patriarchal structures highlighting the unjustly limited representation of women in international decision-making. The women of color feminist theory takes into account the experiences of women left out by white feminism and emphasizes co-existing forms of oppression.

Even at a cursory glance, most of the social feminist theories, for lack of a better word, make sense. Like ALL social theories, they cannot explain every single phenomenon in the respective disciplines, however, again, just like ALL theories, they make very important observations and contributions. However, the epistemological nature of feminist theories is often questioned by other scholars. In the simplest terms, one of the most puzzling questions that social scientists have often taken quite personally, nearly betting the reputation of the discipline on it, has been that of what constitutes as proper knowledge. Because social science, unlike natural science, is so subjective, there are various methods to study it and the biggest debates have always centered around which is the best method to study society and humans and which lens to use. The academy of social science has, more often than not, not liked the lens that feminist theory looks through to view the world because sometimes, that means calling a patriarchal system of oppression, a patriarchal system of oppression.

“[I offer the metaphor of] the academy harboring feminism: building it up and replenishing it in some ways, yes; but at the same time given to running it dry, keeping it within walls, seeing to its overall containment” (2),

said Kate Campbell in 1992. In this, she emphasized what most feminist scholars have tried drawing the attention of the academy to including those like Mary Evans in 1992. Feminist theory exists not as a separate or new discipline with women as its object of study, rather it intends to review and skim through all of social history and the history of mankind and to ‘transform existing modes, frameworks, and institutions of knowledge production,’ (3) and analyze social issues from a gender-centered perspective. It doesn’t argue that this is the only perspective but it would be absolutely strange to not accept it as one. Kate Reed established that while feminist work and theory today is not entirely being ignored it’s still being looked at as a ‘specialized critique’ (4) that only has limited implications and does not provide enough for larger generalizations. Reading Abbott (1991) (5) and Whelan’s (2001) (6) works confirmed what I had been feeling in the classroom, feminist theories and concepts are often not covered as extensively in curriculum, often lumped together under gender, textbook representation is minimal and far from the complications of the actual theory, feminism is mentioned in passing and its analyses picked out and placed in separate, far off shelves in most disciplines.

The feminist approach to any discipline aimed only to take enough space as the next theory, and that while not all of its generalizations are widely applicable, its understanding of the world and world system is highly accurate. The world, in fact, is run by men, women are sexually oppressed and legally and politically held back. Why is it so easy for academics to give their time and effort and years and millions in research in analyzing and improving other social theories and giving them the time to do so, but not for feminist theory? History perhaps is the biggest culprit here. There is no other way to put this so I must say, most of history has been narrated by men and their assumptions of the world and genders, most of the current academic discourse, publications, media outlets, policy-making on education and curriculum, is all run mostly by men. Despite growing representation, for as long as these institutions have existed, women have only recently begun to be heard. And as academicians, they have often tended to divide the social, political, economic and now gender. It is expected from feminist theory that it behave like any of the above-mentioned disciplines but that is reductionist and narrow in its view of the theory; it is an interpretative work that cuts across all current disciplines.

So, why won’t academicians take feminism seriously? Is this because most of the researchers are men?

Statistics do say that on average only 30% of researchers are women (7). Or is this because male researchers will only tend to care about issues centered around men? Or perhaps it is because women have not been that involved in society and politics for feminist theory to have any meaningful impacts? Maybe, it’s a long-standing, deeply rooted and firmly established culture and way of thinking. Maybe, because women have been excluded from social and political discourse for so long that academia forgot they exist, forgot that their existence throughout history has been different from men and so all the assumptions made about the world take into account the experiences of only half of it, that women have lived through democratic Ancient Greek differently, that women have lived through middle ages and renaissance differently, that maybe both the world wars were different for women, that independence movements and decolonization didn’t exactly mean freedom for everyone equally, that perhaps when George Orwell said that all men are equal but some are more equal than others, women were never in the equation.