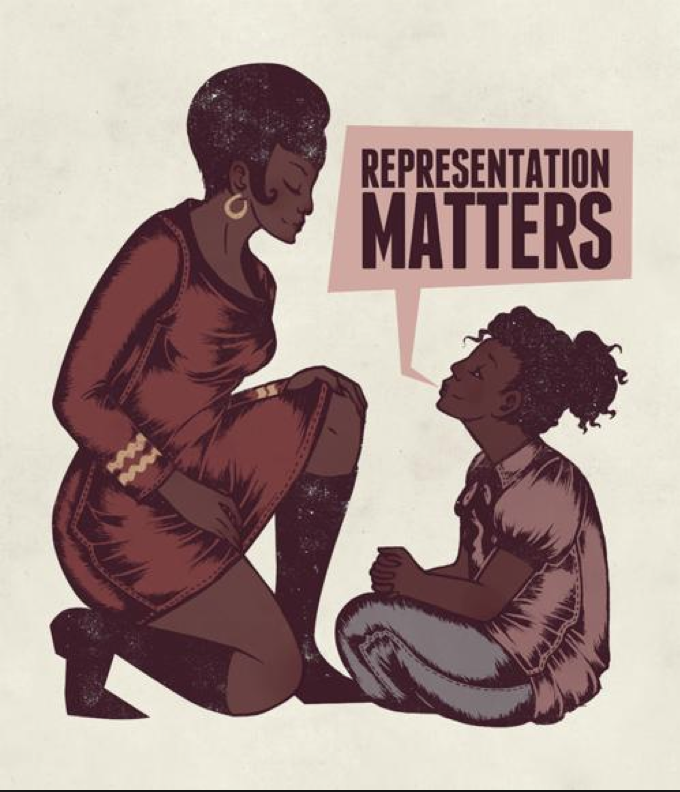 There are many reasons as to why the representation of women and people of color (POC) matter in the entertainment media mainly because it has a great influence on the audience and also affects their life experiences. There are certain stories that can only be told by women and POC and not by the majority groups. If we have the same people representing the lead roles, then there are many stereotypes about the minority and underprivileged groups that are formed.

For example, as an Indian American, I did not grow up watching any Indians in big roles in the western entertainment industry. Indians were always depicted as the nerdy/genius friend who worked in IT or as a doctor. This is a common stereotype that has been used for many years and has also affected the experience of the Indian American community. Many of the kids from this community have grown up believing these stereotypes, which has been prevalent when they talk about their experiences as an adult.

Also, entertainment has the power to shape one’s opinions and portray history. Many foreigners like to see someone who looks like them and has gone through similar experiences that connects them to each other. By showing women and POC in the entertainment industry, we are motivating the younger generation and showing them that they can grow up to be anyone they want to be, regardless of gender and race. Children should be able to grow up with characters that they look up to and have similar qualities as them, which can raise their confidence and show them that they are not alone.

With the increase of women and POC, it also brings a different perspective that is usually not shown in the western media. Usually, we know the thought process and feelings of the majority group, but never of the minority group, so by expanding this field, we can educate everyone on different issues and help them grow as a person. In older films, the man’s point of view is shown more than the woman’s, and that women should be doing more household work rather than educating herself. By depicting stronger women who are chasing after their dreams, we are not only inspiring other girls/women but also showing that a woman is just as strong and equal as a man. Even though it has been decades after the equality act and almost near the year 2020, there are many people who have the mindset that men are greater than women, which could be changed for future generations through representation in the media.

The movie Hidden Figures is a good example of women and people of color representation in the media. This movie had shown the brave and intelligent black women who had worked for NASA but were underrepresented during this time. By showing these intelligent women of color, we are showing everyone that people are equal no matter what and that talent should be recognized no matter who you are as a person.

Overall, women and POC representation in the entertainment industry is a very important factor that needs to be taken seriously and into consideration to shape the future.