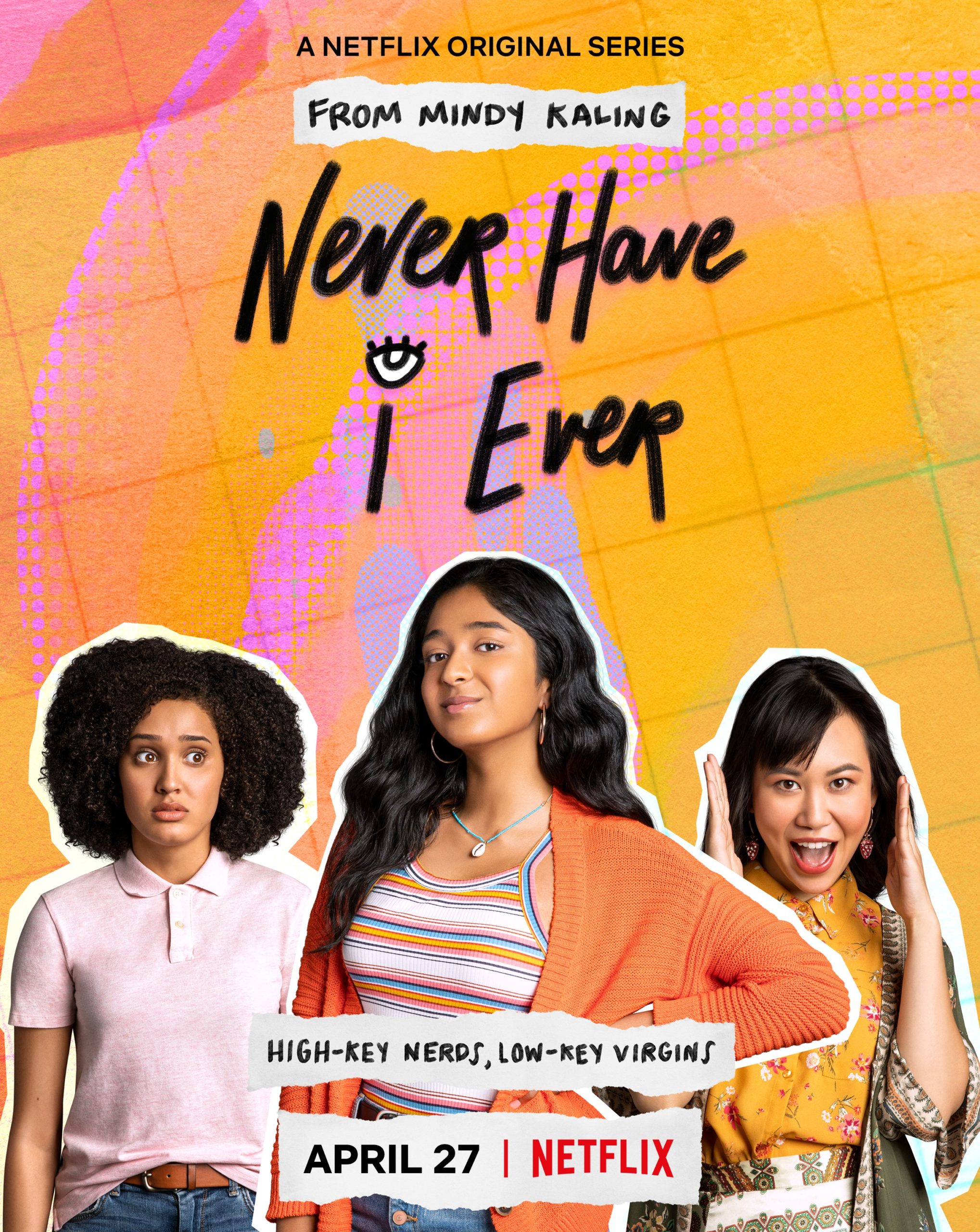 Never Have I Ever is Mindy Kaling’s new coming of age Netflix series starring newcomer Maitreyi Ramakrishnan, and Poorna Jagannathan, Ramona Young, Richa Moorjani and many more! The show centers around Devi (Maitreyi Ramakrishnan) as she tries to navigate her sophomore year of high school to become more popular.

Like most coming of age stories, this show will not shy away from topics such as sex, relationships, peer pressure, fitting in, drinking, and every other high school thing you can think of. The biggest difference is this time the show’s lead is an Indian-American girl and that is SO IMPORTANT.

When the trailer dropped for Never Have I Ever, I already was dying of laughter. Having a South Asian character be the forefront of a show that openly talks about her character exploring sexuality is nearly unheard of. Most shows and movies portray South Asian characters as the socially awkward nerd who is incapable of any basic human interaction because they are too focused on being the top of their class and essentially being the comic relief. In this show, Devi is portrayed as a high-achieving student who knows what she wants and isn’t afraid of going for it. She talks to her doctor about “popping her cherry,” she tells a school peer that she is “about to get railed,” she is seen reading an erotic fanfiction, and that’s just the first minute.

Topics such as sex and pleasure are already such a taboo subject. Seeing these topics explored in a show with a female South-Asian lead in a coming of age story breaks boundaries. I hate having to constantly explain that I am the same but different too. I understand that struggles of fitting in high school, but I also understand how the issue of duality and not understanding where you fit in your culture as a South Asian American. It’s frustrating when mainstream media tries to dismiss that idea and tries to fit all South-Asians into this one box. This show feels refreshing because it’s more than Devi being just an Indian-American. It’s about her in high school wanting to try new things to seem cooler with her friends.

By watching the trailer alone, I know Devi’s character is going to be the chaotic mess that I will relate to. She’s quirky, funny, sassy, and confident, but still a typical teenager. It means a lot to me to see a character that looks like me and who is going through the same shit that I went through in high school without being the butt end of a joke. I hope this show helps pave a new path for more dimensional characters that don’t follow the typical Hollywood South-Asian character type. April 27th can’t come sooner!

Slay The Trope: Men Being Initiators And Women Being Gatekeepers