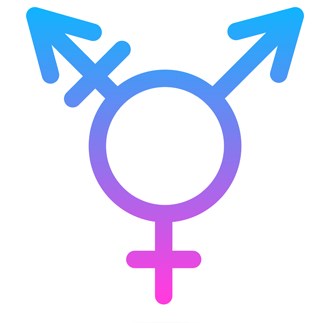 Disclaimer: of course, gender has an important role in someone’s identity, and a lot of people feel that their gender is a part of who they are. But the issue at hand is the restrictive, oppressive nature of society’s definition of gender.

So, obviously, gender is a big thing, especially nowadays, with tons of women, transgender, non-binary, and gender non-conforming people finally finding their voices, and reform against gender-based oppression is on a rise.

But what fails to strike understanding is why gender reform is even a thing that is needed. They way someone identifies in terms of gender has no bearing on those around them. Or rather, no type of bearing that should cause others to want to restrict someone from expressing their gender.

Gender is, at its core, a social construct. It definitely exists, but it is something created by our society that has no true relation to biology. Yet our world makes it into such a big deal. For some reason, if a person who is biologically male in terms of genitalia decides to like the color pink or wants to wear a dress, it is the most contentious thing ever.

Gender is blown so out of proportion that we are facing the issues we have today, where transgender people and gender non-conforming/non-binary people are oppressed. It really shouldn’t matter how someone identifies or defines themselves when it comes to gender.

The source of this, of course, is how tragically binary our world is. The idea that a person can only be a man or a woman, gay or straight, black or white, rich or poor, good or evil. When babies are born, they are immediately slapped with labels: male or female. boy or girl. Their blanket is blue or pink. Of course, the reality is that everything is on a spectrum. Nature isn’t as simple as two sides or two poles. And even science backs this. But the sad truth is that when infants are born, they are assigned a gender and then automatically assumed to be straight as well because of that gender. It’s restrictive, harmful, and suppresses identity.

All in all, our world makes gender into such a big deal, such a determining factor, all on a basis of sex, and then uses that same restrictive action to restrict humans on a basis of sexuality as well. With hope, society will eventually realize that regardless of a one’s gender or sexuality or race or religion or whatever, a person should always have the autonomy, the ability, and the freedom to be who they are.

Prison: A System Designed For Men, Used By Women