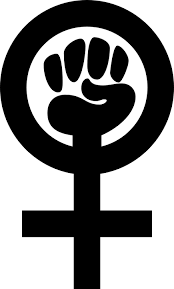 This past Saturday, Colin Jost started SNL’s Weekend Update with the sentence “Thursday is Thanksgiving, and there’s so much to be thankful for this year; unless you’re a human woman.” The quote was punctuated with images of Al Franken, Bill Cosby, Roy Moore, Louis CK, Harvey Weinstein, and our own president, Donald Trump; only a handful of the high-profile men accused of sexual harassment or assault this year.

And it’s safe to say that this year has been harder for the women brave enough to speak out than it has been for the men who held no fear of consequence. One Twitter user said, “I support Al Franken. [W]e got your back. [T]he truth always prevails.” Bill Cosby’s case ended in a mistrial, despite the fact that more than 50 women came forward with accusations against him. Just about as many came forward against Harvey Weinstein. Citizens of Alabama are somehow torn between voting for a pro-choice candidate or a man who has been accused of molesting teenage girls. Another Twitter user says of Louis CK, “He didn’t hurt anybody.”

And to top it all off, Donald Trump is our pussy-grabber in chief.

So, I come to you with a question.

Why is it so hard for men to believe women?

And yes, I know, there are women, too, who will protect the reputations of men over the truth. But we’re talking about men right now. Did the #MeToo movement do nothing to show them just how widespread this problem is? Have the two percent of sexual assault cases that have statistically been proven false embittered the male population that much? If so, why are women accused of “crying rape” but no one is ever accused of “crying robbery” or “crying arson?”

I had a man tell me recently that he wasn’t sure that the second accusation against Al Franken was legitimate, because there are cases where inappropriate touching can happen accidentally. Which, okay, sure. People have touched my butt or my breasts accidentally in passing. But I didn’t sue any of them, because women know the difference between sexual assault and being forced through a tight squeeze and accidentally making unwanted contact. I mean, come on, do they really think we’re that stupid? Or do they think we do it because we’re desperately seeking a little taste of national attention?

Because historically, there is no benefit to be found for a woman coming forward with sexual assault or harassment charges. In fact, they could be ignored by the institutions that are supposed to help them, their rape kit could go untested, or they could lose friendships, all because of something someone did to them– something they did not ask for, want, or choose.

So why do we force women into silence? Why do we make them regret speaking their truth? Why do we invalidate their journey to right the unspeakable wrongs that have been committed against them?

I can’t find an answer, and my guess is that if the people who did this went looking for one within themselves, they wouldn’t like what they found. The bottom line however, is this: I can’t make a man believe something he does not want to believe. But I can believe. Believe women, trust women, and listen to women. Be open to what they are willing to tell you. Be a part of the solution.

Gun Violence Is A Women’s Issue

A Rajput’s Take On The Padmavati Controversy