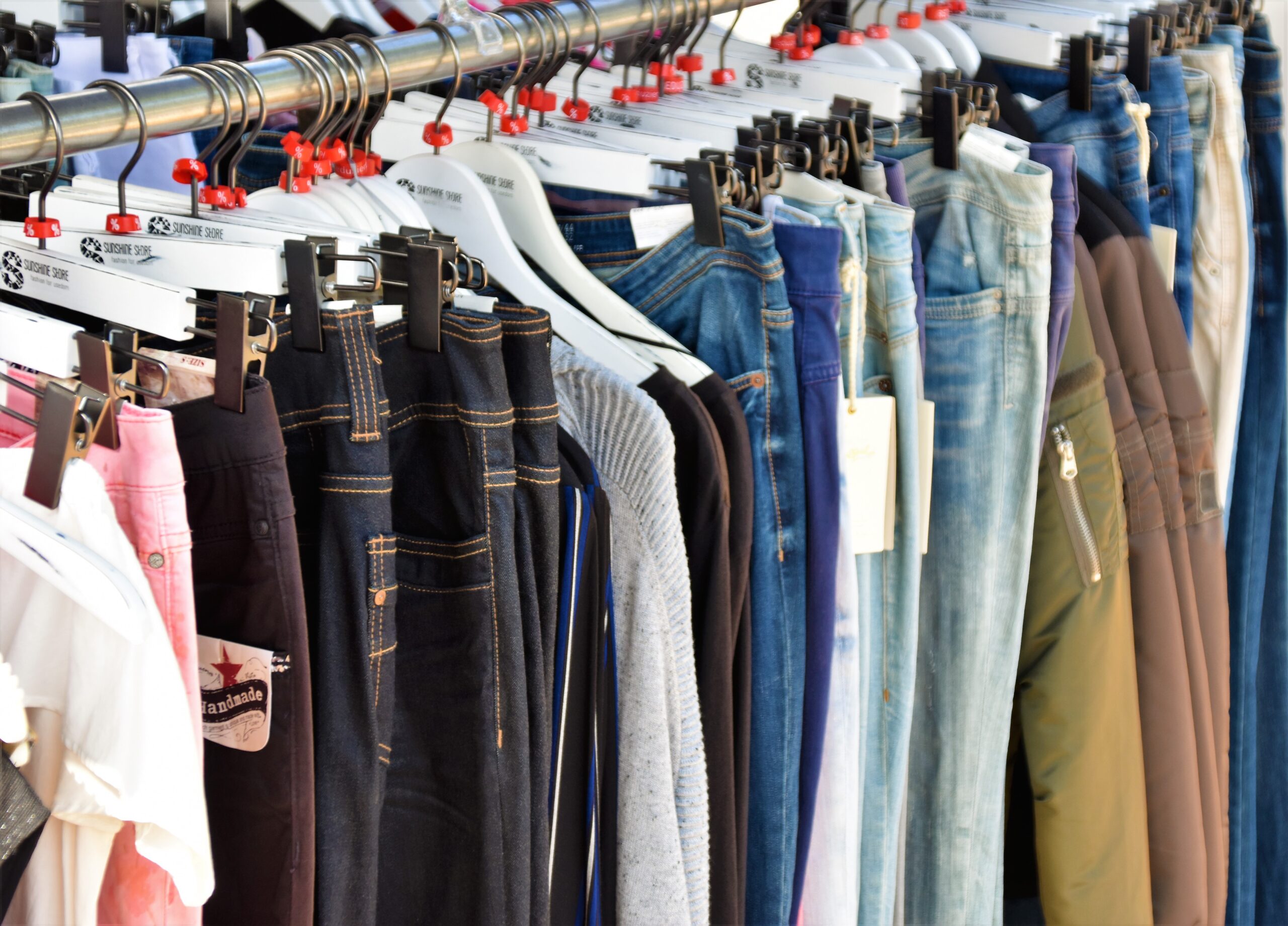 A few years ago, I went to a Goodwill Outlet store in Los Angeles, and I have not forgotten the experience. For those not familiar, the Goodwill Outlets are where the unsold merchandise from typical Goodwill retail stores go to get a second chance at life, or, being bought. Instead of the clothing being hung neatly on racks in color-coded and categorized rows as has come to be expected in Goodwill retail stores today, the clothes in the outlets are placed in giant unsorted bins. These bins are spread out inside a large warehouse where shoppers can dig through them one by one, in search of that hidden gem. Item prices are substantially discounted from their retail prices as most outlets have a pay-per-pound policy. In some locations, a pound of items can be as cheap as one dollar.

As a first-time Goodwill Outlet goer, it had not crossed my mind that digging through heaps of often unwashed and unsanitary clothing and shoes without wearing gloves might be a bad idea. In hindsight, from the perspective of a post-Coronavirus world, I am not sure how this thought escaped me. The uneasiness I felt later that day as I hauled my black trash bag full of clothes onto the Surfliner back to San Diego had less to do with germs and more to do with the emptiness of the modern-day. The purposelessness of the pursuit for more.

Why has thrifting become so popular?

Thrift stores have been around for decades, but the idea of thrifting as a cool kid’s hobby and not just out of necessity is a uniquely Gen Z one. Search “thrift haul” on YouTube, and you will be recommended hundreds of videos showing teens sitting on thrones of clothing. Any thrifter will tell you they thrift for a few key reasons; it is more fun than shopping at the mall – you never know what you’re going to find, and the pieces are unique, it’s good for the environment, it saves you money, it’s a more ethical way to shop. While these are some things that gave rise to thrift stores in the first place, they don’t speak to why thrifting should have become so popular in the last few years.

Today’s young people, born into the era of information overload, are hyperaware of what is going on in the world. Due to its understanding of different kinds of people and ways of life, Gen Z is not a generation that easily defines itself in one rigid way. In fact, it could be said that a fluid identity is a Gen Z quality in itself. This is not to say that young people do not value self-expression, but that this freedom from labels creates a social environment in which, according to a McKinsey report, “the self is a place to experiment, test, and change.”

Social media and the access to information has also made it more common for young people to question and examine the institutions and companies with which they interact with and their relationships to those bodies. This younger generation is much more likely than older generations to stop buying products from brands that they believe launched racist or homophobic campaigns, as well as speak out against these brands.

Because Gen Zers belong to multiple groups, both online and in the world, they are highly attuned to issues of human rights. Not only are they aware of what is going on in the world, but they care. This has allowed the culture of thrift to thrive in recent years as the concern with socioeconomic status declines and humanitarian issues become increasingly important.

Before you pat yourself on the back for being a member of the most “woke” generation, remember…

There are downsides to anything done in excess. Throughout the past decade, thrift stores across the country have undergone a transformation. In most Goodwill stores, hardwood floors and chic light fixtures have been installed, and prices have been bumped up. Thrift stores that used to be places where people with low incomes could shop for affordable clothing and other necessities have largely become upscale boutiques catering to a more affluent demographic expecting to find luxury items and the latest trends. As a result, many thrift stores in the poorest areas, unable to keep up with the shifting culture, have been forced to shut down, stripping valuable resources from the communities that these stores were meant to serve in the first place.

Furthermore, with the rise of apps like Depop in recent years, many young people have discovered there is real money to be made in reselling. Resellers buy trendy, vintage, or name-brand items for discounted prices at thrift stores and resell them at prices many times higher. I have been selling on Depop for over a year now and have paid off a sizeable chunk of my student loans because of it. Even in a time when the side-hustle has become less of a hobby and more of a means to stay afloat for many people entering the workforce, it is worth considering that the business of reselling pulls affordable products out of often low-income communities and markets them towards a much more privileged demographic.

So, should we all be thrifting?

Buying clothing secondhand instead of fast fashion brands is a big step forward in tackling a really big problem. As outlined in a 2015 Huffington Post article, “The Myth of the Ethical Shopper,” the era of fast fashion undid many of the, albeit limited, moves large companies made to protect garment workers in developing countries in the ‘90s. Because we buy an unprecedented amount of clothing today, and because fashion trends come and go within a week, most Western brands no longer have the time or ability to work with limited suppliers while overseeing factory working conditions.

In short, many of the poorest sweatshop workers are still unprotected. Refraining from buying new offers, in the simplest terms, a way out of the cycle. You probably don’t need that pastel green crop top you saw on Zara’s website, and if you do, check Depop first. There are probably dozens of the same shirts listed there.

In the same vein, the environmental benefits of buying secondhand are just as real and important. According to Teen Vogue, the fashion industry is currently responsible for 10% of the global carbon footprint and is the second leading source of clean water pollution on the planet. The consequences for the way we are told to approach shopping, as entertainment, are dire. In our moment, clothing has become so inexpensive and holds so little value to us, that we might “reinvent” our wardrobes every month in an endless effort to keep up with the trends.

In an article written 30 years ago, psychologist Philip Cushman outlines the emergence of the “empty self” in the mid-1900’s – the self whose primary drive is the growth of one’s image, the personality, the acquisition of status. This self is no longer bound by community or any particular set of values; his fulfillment starts and stops with himself. Industrialization following World War II “developed an economy that depended on the continual production and consumption of nonessential and quickly obsolete products, celebrities, and experiences.” This postwar prosperity made it so the sky was the limit to what one might achieve, as long as the metric for success was in dollars. By the middle of the century, Americans no longer had the tools to fill the holes that the loss of communal values had dug, save for their wallets.

As I read about the empty self, I thought of that day at the Goodwill Outlet in LA. I recalled how I ravaged those bins for clothing the way an animal ravages its prey – I was hunting for something. I remember tossing items into my bin without really even looking at what I was picking up. I remember running towards each new bin that was brought out to call dibs on the good stuff and being shoved aside a few times by people trying to find that same steal I was after. I remember guarding my shopping cart carefully, suspicious that somebody might take something I had already claimed as mine.

In the wake of the pandemic, as many large retailers are shuttering their doors for good, and as more consumers turn to sustainable shopping, thrift store shelves are as packed as they ever were. But don’t think you are going to find what you’re looking for any time soon.

Read also:
Thrifting My Way To Self-Love
A Wedding That Challenged Gender Norms
It’s Okay To Not Graduate On Time

“Sexual Shame Is In Itself A Kind Of Death”: Alison Bechdel’s Fun Home

Green Flags To Look For When Swiping On Dating Apps

Roxanne is a recent graduate of Millsaps College in Jackson, Mississippi, and currently resides in San Diego, California. During her time in school, she studied Neuroscience and Neurophilosophy as well as Creative Writing. She hopes to publish short stories and novels in the future and would love to spend her life further exploring the vast expanses of the human mind. 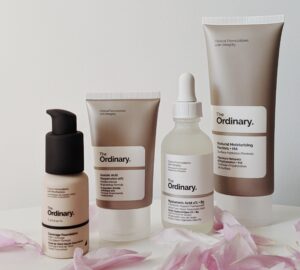 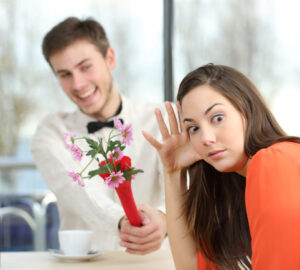