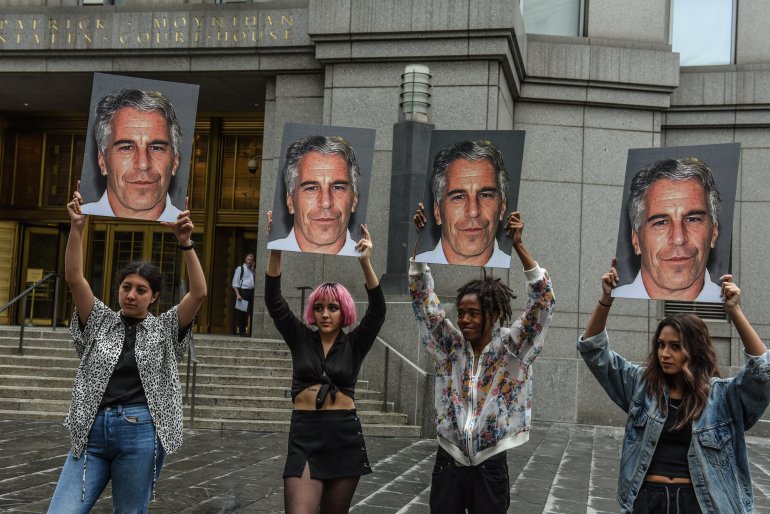 Jeffrey Epstein, a high-profile financier accused and arrested for sexually abusing dozens of underage girls, was found dead in his jail cell on Saturday morning.

Last month, Manhattan federal prosecutors charged Mr. Epstein with charges for sex trafficking girls as young as 14. He was arrested and pleaded not guilty.

For decades, Mr. Epstein had been accused of paying girls for sexual acts. In 2008, he escaped federal criminal charges after brokering a deal with prosecutors that allowed him to plead guilty to solicitation of the prostitution of a minor, and he was released after serving 13 months in jail.

A collection of sealed legal documents including police reports, photographs, and depositions released on Friday by a federal appeals court revealed the truth about what happened inside the Florida mansion owned by Jeffrey Epstein. He and his associates recruited young girls to maintain a long-running sex-trafficking operation.

Of the 2,000 pages of the material posted online by the federal appeals court, the most extensive account is provided by Virginia Giuffre. She was only 16 years old when Jeffrey Epstein began sexually abusing her and forced her into being a “sex slave.”

In a sworn deposition, Ms. Giuffre explains that she was initially manipulated into joining this sex-trafficking ring at the age of 16 by Ghislaine Maxwell, Mr. Epstein’s companion. At the time, Ms. Giuffre was working as a masseuse at the spa in Donald J. Trump’s Mar-a-Lago resort, the same place where her father was working as a maintenance worker.

Deposition statements by a maintenance worker and butler from Mr. Epstein’s Florida mansion revealed that workers witnessed over 100 female masseuses in the house. They also frequently found sex toys in the mansion, which they were forced to clean and store in Mr. Epstein’s room.

The collection of legal documents revealing information about Mr. Epstein’s sex-trafficking operations was released on Friday morning. At that time, Epstein was staying in a protective housing unit of the federal jail in Manhattan, only 11 days after being taken off suicide watch. He was supposed to have been checked by the two guards in the protective housing unit every half hour, but that procedure was not followed that night, according to a law enforcement official.

Because Mr. Epstein may have tried committing suicide earlier while in detention, he was supposed to be closely monitored and have another inmate in his cell. Just three weeks earlier, Epstein was found unconscious and injured in his jail cell with bruising around his neck. The incident was being investigated as a possible suicide attempt.

At 6:30 am on August 10th, guards were doing morning rounds when Epstein was found dead in his cell. He had apparently hanged himself. Officials have warned that these initial findings are subject to change, given that there have been irregularities in Mr. Epstein’s detention at the Metropolitan Correctional Center.

His obscure death has deepened questions about what really happened that Friday night and these concerns will likely be the focus of investigations done by the Justice Department and the FBI. Given that Mr. Epstein had allegedly attempted suicide earlier in the month, he should not have been removed from suicide watch. The federal Bureau of Prisons’ defense was that Mr. Epstein would have a cellmate and guards checking in on him every half hour, but neither of these protocols were fulfilled.

Mr. Epstein’s death has led to the birth of several conspiracy theories, the most common being that Mr. Epstein was killed to prevent the criminalization of other prominent politicians and business executives, including President Trump, former President Bill Clinton, and the retail billionaire behind Victoria’s Secret. Also circulating were unsubstantiated tweets about a camera malfunction in Mr. Epstein’s jail cell. Even President Trump joined in on the conspiracies and retweeted a post asserting that Mr. Epstein died because he had information on Bill Clinton.

While the conspiracy theories are unsubstantiated and doubted by legal experts, there are still valid widespread concerns about the conditions under which Mr. Epsteins’s death occurred. Prison experts are angry that Epstein was taken off suicide watch, given that he was one of the most vulnerable men in the federal jail system. He was an inmate that should have been under the closest supervision, given that he was a high-profile financier accused of sexually abusing dozens of underage girls and was awaiting trial.

Regardless of whether Epstein’s death was a suicide or cover-up, it is evident that lawmakers must invest their energy in convicting politicians and business executives involved in sex-trafficking rings rather than prosecuting sex workers.

In the U.S., most states treat minors who are sex trafficking victims as criminals. Both culture and the legal system heavily stigmatize any association with the sex industry – regardless of whether it is by force or by choice.

The decriminalization of sex work can help destigmatize the sex industry as a whole, which encourages both sex workers and victims of sex trafficking to come forward and be absolved from shame and isolation.

The reality is that laws criminalizing sex work push the industry underground and weaken the ability to combat coercion and exploitative labor conditions, all while making sex workers increasingly vulnerable to violence and health risks.

In order to decrease sex trafficking, health care workers, activists, and lawmakers should support the full decriminalization of prostitution. By removing laws that prevent the ability to report instances of exploitation and abuse, the decriminalization method allows sex workers to work safely, reducing the likelihood of being coerced or manipulated into joining a sex trafficking ring.

It is morally reprehensible that men in power are able to profit off of the sexual exploitation of underage girls, but consenting adults are criminalized and aggressively policed for engaging in sex work. Moving forward, we must recognize the interconnectedness between violence against sex workers and trafficking victims, and demand that our institutions take action to reduce marginalization and vulnerability.