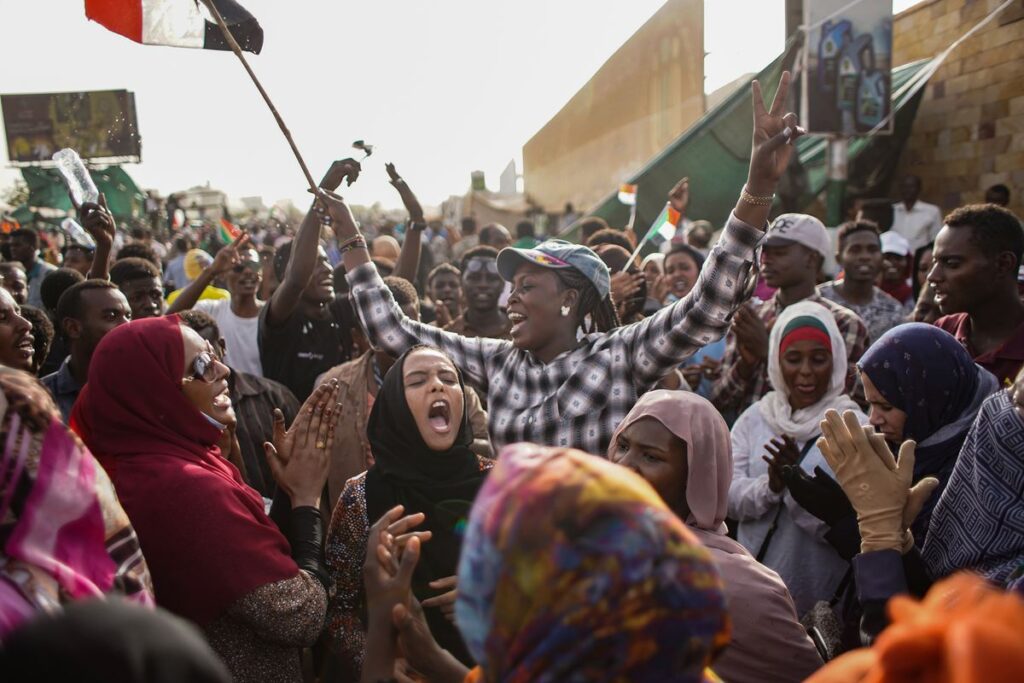 After months of grueling protests, and violence where many people have lost their lives, Sudan’s main opposition coalition and the ruling military council have formally come together and signed a deal, paving the way for a civilian-led government. The deal signed after a long period of negotiation was finalised on the 17th in Khartoum. This deal will allow Sudan to be under civilian rule following the military overthrow of President Omar Al Bashir.

This historic deal was signed by Mohamed Hamden Daglo, Deputy Chief of the Military Council and opposition leader Ahmed Al Rabie who represented the Alliance for Freedom and Change group. Held at a hall by the river Nile, the ceremony was attended by many heads of states and dignitaries from several countries including the Ethiopian Prime Minister Abiy Ahmed and South Sudanese President Salva Kiir.

This is a momentous occasion to be celebrated, but what caught my attention particularly was the lack of female representatives. During the negotiations, only two women were sighted at the table and very few in the hall during the ceremony. Many people are worried women will not be adequately represented in the new transitional government. Of the five candidates for the Sovereign Council proposed by the FCC (Forces for Freedom and Change), only one is a woman. The mediator’s proposal for the new transitional government stipulates not less than 40% women in the legislature, but Sudanese women are demanding no less than 50%. This is well within their rights considering the sacrifices they have made. Women have carried the mass protests showing resilience and bravery in every way. Allowing them to have authority on sovereign, executive and legislative levels gives them the power to establish a better country for all women.

It was the iconic image of the woman, dubbed as the Nubian warrior, draped in all white, stood on the roof of a car amidst a sea of protestors that came to define Sudan’s uprise. This was what drew the world’s attention to Sudan and its revolution. Women were at the forefront of this battle for freedom and were also the ones to pay the biggest price. During the mass protesting, report, after a report came of the horror’s women, endured at the hands of the Junta military. Sexual and psychological abuse designed to break their spirit, murdered and discarded into the river Nile. It was the women the reason the demonstrators were able to continue for so long. They fed hungry protestors during Ramadan, they ran make shifts clinics to treat the wounded and helped tirelessly in everything. In essence, they were the backbone of the revolution but now they are being discarded once again.

This is not the first-time women in Sudan are faced with struggles. For decades Omar Al Bashir wanted for crimes against humanity, ruled Sudan with an iron fist, but many of his laws were designed to subdue women in patriarchy, limit their potentials and involvement in the politics of Suda . the highest percentage of women’s political representation in all domestic and international agreements do not exceed beyond 40%. Such a lack of women’s involvement in politics allowed for the dictatorship regime to permit things like child marriage and marital rape whilst women wearing trousers in public was seen as a dishonour. It is no surprise perhaps that the majority of demonstrators were women during the mass protests that swept the country. Despite women suffering for Sudan’s rise to freedom, they were ignored, and politics suddenly became the big boys club once again. It is astoundingly disappointing that the first tangible political progress in years in Sudan excludes women so blatantly.

If the new transitional government wants to gain the sustainable support of Sudanese women, it would need to start with drastic changes towards gender balance in the executive and senior leadership positions. Female inclusivity in such a patriarchal society such as Sudan is seen as needing baby steps, but it is long overdue. For such political change and progress in Sudan to show sheer stubbornness and erasure of female inclusivity after they braved such systemic violence is troubling.