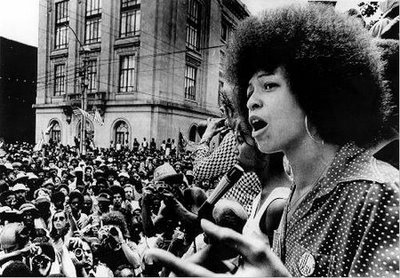 Angela Davis at a Civil Rights Protest in the 1970s

This Black History Month, Women’s Republic will be publishing daily articles about amazing, powerful, and influential Black women. Our goal is to inform you all of some of the women who inspire us. There are so many artists, authors, politicians, activists, scientists, educators, and others who have made significant contributions to our world through their work. Feel free to suggest women you think we should all know more about in the comments!

Today, on February 1, I decided to write about one of my personal heroines, Angela Yvonne Davis, an influential writer, activist, and educator.

Davis was born in Birmingham, Alabama, on January 26, 1944. Her activism began early. As a teenager, she formed interracial study groups, which were often broken up by the police. Her formative years were shaped by the Birmingham church bombing of 1963. Davis knew several of the young girls who were killed in the attack. Angela Davis studied philosophy at Brandeis University in Massachusetts and attended graduate school at the University of California. While studying there, she continued her activism by joining the Black Panther Party and the Che-Lumumba Club, an all-black branch of the Communist Party.

In addition to Angela Davis’s important work with the Communist Party, she became a passionate advocate for prison reform. Davis was a strong supporter of three inmates in Soledad Prison who were accused of killing a prison guard following the murder of several Black inmates by another guard. She and other supporters of the “Soledad Brothers,” believed that these men were being used as scapegoats for political work they had been doing within the prison. During the trial of one of the men, George Lester Jackson, an escape attempt was made, which resulted in the death of several people in the courtroom. Davis, because she supported the men, was accused of assisting Jackson in his attempt and was put in jail. Many activists around the country advocated for her release, creating a massive “Free Angela Davis” campaign. In June 1972, after about a year and a half in prison, Davis was acquitted of the charges.

Angela Davis rose to prominence as an activist for racial and gender equality. She is best known for her nine books, including Women, Race & Class (1980), and Are Prisons Obsolete? (2003). Today, despite a promise from former California Governor Ronald Reagan, who vowed she would never teach in the University of California system, she is a Distinguished Professor Emerita at the University of California, Santa Cruz. Her courses are mostly on the history of consciousness.

The Stigma of Menstruation

Hello, everyone! I am Lydia, a 21 year old law student from Tampa, Florida. I am currently attending school in Maryland. My interests focus mostly on Middle Eastern studies, International Law, Human Rights Law, and Immigration Law. 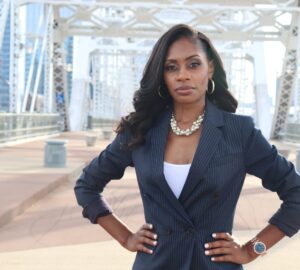