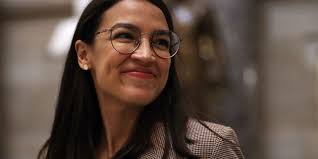 Alexandria Ocasio-Cortez, also known as AOC, is a young Democrat representing the 14th district in New York. In her first few years as an official congresswoman, AOC has argued her stances with fire. However, this fire has oftentimes upset the opposing side.

In recent news, AOC can be seen responding to sexist remarks made by Florida congressman Ted Yoho. Her words have sparked yet another uprising within the feminist movement – and this is nothing new. AOC’s rise to the congressional office mirrors her attitudes. By reflecting on her past, one can easily draw parallels to her policies.

Bronx-born in 1989, AOC began her childhood in a humble working-class household. AOC expressed in an interview with Time Magazine that she learned from an early age that “ZIP code determines destiny,” as many of her cousins back home began having children by the time she was admitted to Boston University.

When AOC’s father passed away due to lung cancer during her second year in college, she realized she had to help support her family’s finances. After getting her degree in economics and international relations, she left Boston for the Bronx and got a job as a waitress in a taco shop in order to help her mother.

In that time of uncertainty, AOC developed relationships with the people who filtered through the taco shop; her charismatic nature allowed those she spoke with to open up about the problems they faced on a daily basis. These interactions fueled her ideas for change and policy, prompting AOC to think of ways to make people’s lives better. When work days came to an end, she began working to get on a ballot.

AOC’s political uprising ignited when Brand New Congress chose her. Fueled by volunteers, Brand New Congress is an organization that aims to increase the representation of regular working Americans in government. In the Netflix special Knock Down the House, a member states that a goal for the organization is “to provide a path to Congress outside of the current one that exists.”

Given her situation at the time, AOC’s political resume was scarce of any real-time political experience. However, her role in the Bronx community was enough to motivate both AOC and those around her to dream big. As she was becoming a more prominent leader in her community, AOC’s brother contacted Brand New Congress. In less than a month, she joined the team and prepared to face off with Jim Crowley in the 2018 primaries.

A David and Goliath story

Jim Crowley was the defending ten-term incumbent of New York’s 14th district prior to AOC. When AOC scrapped her way to victory against him, it was an electrifying upset. No one saw it coming, but the feisty Bronx native toppled a seemingly impossible opponent. With this being the official start of her career – AOC carries unstoppable energy as she debates.

AOC’s unconventional rise to the House of Representatives was driven by factors that separated her from other opponents. Her past largely contributes to what is now her present-day office, and is the reason why she is so widely popular today.

Read also:
Congresswoman Ocasio-Cortez Shuts Down GOP Misogyny
Pink Tax And The Non-Negotiables
AOC’s Non-Acceptance Of Yoho’s Apology Was Brave – And All Too Necessary 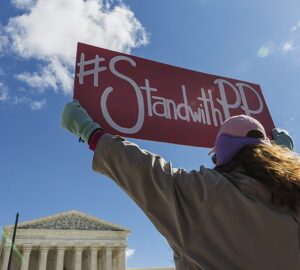