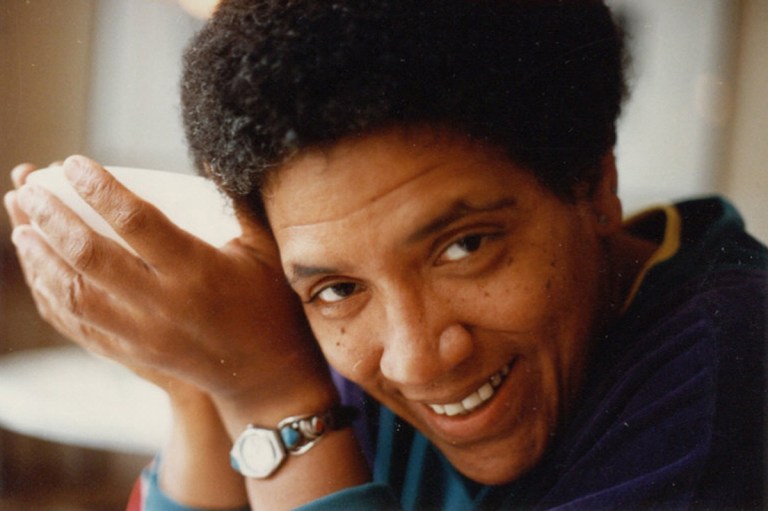 Audre Lorde was, and still is, a significant voice who advocated for the liberation of the oppressed. She was a Black lesbian feminist, a mother, a poet, and a socialist. Her words echo during our current moment of civil unrest and Black death. She has been quoted for her most famous essay, “The Master’s Tools Will Never Dismantle the Master’s House” (1979). Her words still ring true today.

In the essay, she explains that oppressed people are divided by their differences. She says, as women, “we have been taught either to ignore our difference or to view them as causes for separation and suspicion rather than as forces for change.”

Viewing people in terms of their ‘otherness’ stops us from untangling ourselves from internalized misogyny, racism, classism, ageism, and all the myriad of prejudices the patriarchy uses to prevent collective resistance and liberation. The patriarchy wants us to think our differences are irreconcilable. As if our varied individual experiences disconnect our struggles as women. Lorde points out that this variance is our strength when we come to recognize our differences as just that: difference. Not reasons to pull apart, but rather come together.

Many white feminists and white women conservatives prioritize their privilege as white women over the autonomy of non-white women. Some choose to turn a blind eye towards social injustice; others boil down oppression as one based solely on gender. Lorde believes this approach ignores the fact that people experience oppression from different intersections of their identity (race, class, age, sexuality, etc.). Addressing oppression as only sexism maintains other structures of power. Ones that discriminate against Black, Indigenous, and people of color (BIPOC), and other marginalized groups.

Often, white women have been guilty of weaponizing the police against Black men and other POC. We see it in videos on Twitter and Instagram. Where white women call the police screaming, claiming to be threatened by a Black man who stands several feet away calmly filming, they weaponize their white womanhood because they know they have the power to do it. They know their lives are valued over the lives they threaten with police presence. This is what it means to seek refuge in the master’s house. Though these white women have power, it is at the expense of BIPOC. Their power is conditional on their complicity with the patriarchy and white supremacy.

In order to dismantle the master’s house, we must stop using his tools. We must recognize how they work and the ways they affect different people. Educating ourselves is one of the first steps we can take. Lorde makes it clear it is not the job of the oppressed to educate the oppressor. White women should not depend on BIPOC women to enlighten them about their struggles or their right to humanity. Lorde believes it “is a diversion of energies and a tragic repetition of racist, patriarchal thought.”

White women are not the only ones who need to educate themselves. We must all unlearn the racist and patriarchal ideas we internalize to become better accomplices in each others’ fight for liberation. Our differences will give us the ability to name the institutions that are the master’s tools, such as the police.

Looking at our current moment of police brutality, there have been calls for the abolishment of the police system. People fear their lives will be at risk if there is no police despite the hundreds of BIPOC who have died at their hands. Instead, more bans on chokeholds and reforms modify policing. In reality, these reforms do not address the incarceration of BIPOC at disproportionate rates. It does not prevent white people from deploying police as agents to carry out their racism. It does not stop police from killing with impunity through other means. People are still dying. And cops will not stop killing until the police no longer exist. Dismantling the master’s house means complete upheavals of systems of racism and patriarchy so they no longer have power.

Divide and Conquer to Define and Empower

“Some problems we share as women, some we do not. You [white women] fear your children will grow up to join the patriarchy and testify against you, we fear our children will be dragged from a car and shot down in the street, and you will turn your backs upon the reasons they are dying.”

In “Age, Race, Class, and Sex: Women Redefining Difference” (1980), Lorde talks about the concept of the mythical norm. She defines it as “white, thin, male, young, heterosexual, Christian, and financially stable.” The closer you are to this norm, the more power you have. In fact, this figure holds all the power. We can raise this norm against ourselves and know we stand outside of the power it holds. We have everything to gain by toppling the mythical norm. This is why Lorde asks us to disentangle ourselves from a fear of difference. Fear of difference keeps people divided both within and outside of our communities. It ensures power to this mythical norm. Without it, there will be no power to hold over others.

The Patriarchy and Difference

Lorde points out that differences like age and sexuality are used by the patriarchy to divide people and communities.

She says, “[t]he ‘generation gap’ is an important social tool for any repressive society…This gives rise to a historical amnesia that keeps us working to invent the wheel every time we have to go to the store for bread.” Animosity and distrust among older and younger folks, block the passing of knowledge between them. Our disconnection to the past sets us up to repeat the same mistakes of history. For Lorde, the patriarchy intentionally created hostility for that purpose. We must break away from it and listen to our elders and the lessons they have learned.

Then there is homophobia. Lorde talks about the way calls for unity are mistakenly calling for sameness, not collective action. Looking at Black communities, she says, “need for unity is often misnamed as a need for homogeneity, and a Black feminist vision is mistaken for the betrayal of our common interests as a people.” Black lesbian feminists recognize that women not only struggle against violence from white oppressors but from men in their own communities as well. Many Black men and women alienate their fellow Black lesbian feminists because they go against the heterosexual norm. Lorde attributes this to the lesbian’s removal from the patriarchy since she does not depend on men for her self-determination. This causes lesbian and queer activists’ work to be erased, or their goals filtered through a heteronormative perspective. Again, a norm pushed by the patriarchy blocking knowledge and opportunities for change.

Three women founded Black Lives Matter —Alicia Garza, Patrisse Cullors, and Opal Tometi— two of whom identify as queer. It’s important to realize then that the movement does not only advocate for the protection and uplift of Black men. But also Black women, Black children, Black trans-folks, Black elderly, Black lesbians, Black gays, Black non-binary people as well. In essence, all Black lives. What makes this movement powerful at its foundation is the acceptance and understanding of differences. They knew oppression and violence look different, even for people within the same community.

Sometimes our first thoughts about BLM are the Black men who have died at the hands of police. News coverage tend to leave out many Black trans-women, Black women, and Black girls who have also died. To remedy this imbalance, campaigns like #SayHerName have emerged. Talks from other Black feminists, like Kimberlé Crenshaw’s 2016 Ted talk The Urgency of Intersectionality, alert us to the varied nature of oppression.

Lorde’s essays go back forty years, and they are still relevant today. There is still work we need to do. As individuals, we must continually educate ourselves. Letting go of the parts of society that have benefited us while hurting others. We need to stop depending on the patriarchy and start depending on each other for support. Embracing our differences as people, we can reach revolutionary change.

“Change means growth, and growth can be painful. But we sharpen self-definition by exposing the self in work and struggle together with those whom we define as different from ourselves, although sharing the same goals. For Black and white, old and young, lesbian and heterosexual women alike, this can mean new paths to our survival.”

Read also:
Black Lives Should Matter In Health Care Too
Stop Using MLK To Defend Your Hate
The Problem With White Environmentalism

The Beginner’s Guide To Gender Abolitionism

Is a recent graduate from University of California, Santa Cruz with a BA in Literature, Creative Writing and a BA in Critical Race and Ethnic Studies. She strives to produce critically conscious works of fiction and creative nonfiction.