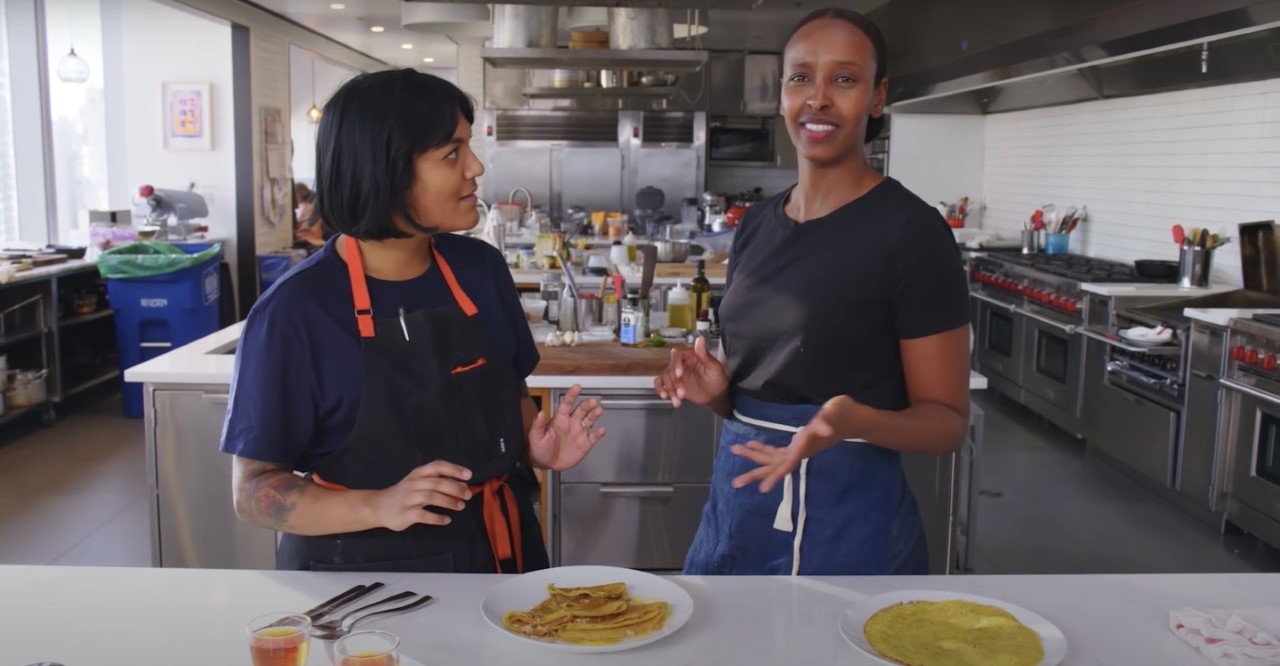 After culinary magazine Bon Appetit found itself in hot water with racism scandal, chefs Sohla El-Waylly, Priya Krishna, and Hawa Hassan took to social media to speak on their experience with discrimination and mistreatment with the company.

Bon Appetit, also a YouTube channel with six million subscribers, was trending on Twitter on Monday after a photo of the founder, Adam Rapoport, and his wife in blackface resurfaced. A video later emerged of him mixing the names of two chefs who are WOC.

El-Waylly posted to her Instagram stories about the controversy. She then went on to talk about the difference in salary between her white editors and herself. El-Waylly has 15 years of experience cooking and worked at Bon Appetit for ten months.

“I was hired as an assistant editor at $50k to assist mostly white editors with significantly less experience than me,” El-Waylly said on her story.

While the videos showcased El-Waylly in front to achieve diversity, she said that Bon Appetit only paid the white editors. According to El-Waylly, Bon Appetit never compensated people of color.

She ended her Instagram, saying she “demanded not only the resignation of Rapoport but also to see BIPOC given fair treatment, fair salaries, and compensation for video appearances.”

Hassan posted to her Instagram story about how Bon Appetit only paid her $400 per video for her two videos. Hassan hasn’t appeared in or filmed a video for the company since October, according to her story.

“You will never find me anywhere I’m not wanted or valued,” Hassan said on her story. “Burn it down.”

With Hasaan no longer interested in being a part of Bon Appetit, she said her fans will never see her there again.

“I’m about my community and my people,” Hassan said on her story. “Nothing else. ”

Krishna took to Twitter to share her thoughts on Rapoport. She said that as a Bon Appetit contributor, she could not stay silent.

“It erases the work the BIPOC on staff have long been doing, behind the scenes,” Krishna said in a quote tweet of the photo of Rapoport. “I plan to do everything in my power to hold the EIC, and systems that hold up actions like this, accountable.”

Since El-Waylly, Krishna and Hassan have come forward, members of Bon Appetite channel have spoken out and voiced their support. Prominent voices, such as Claire Saffitz, Brad Leone, Molly Baz, and Alex Delany, have released statements. They said they would not allow Bon Appetit to publish any videos of them until their BIPOC received equal pay and compensated for their appearances.

“Today has made it very clear that the culture of the test kitchen and Bon Appetit Mag needs to change,” Saffitz said on her story. “The voice and platform I have given me the opportunity to push for more and better representation. Until change happens, I will not shoot new videos for Bon Appetit.”

Rapoport has since resigned from the company, releasing a public statement on social media. However, many fans and workers at Bon Appetit online are still calling for more diversity and inclusion. El-Waylly has called for this to be something we can learn from.

“Let’s use this as an opportunity to clean hour and make real change,” El-Waylly said on her story.

Read also:
Gender And Holiday Labour
Ode To My Pocket-Sized Feminism
Leadership In America: Where Are The Women?

The Quiet As Were Kept Campaign

Fear Of Failure And The Anxiety That Comes With It