At age 17, Claudine Cordani was the first minor in France to refuse a closed hearing for her abusers. After being violently tortured and raped on February 2, 1984, Cordani was brought before a judge to discuss the trial.

When told that the case would be shielded from the public, Cordani refused this decision.

Claudine Cordani is currently 54 years old and has recently published a book entitled La Justice Dans La Peau (English: Justice In The Skin). Her memoir discusses how she works to overcome her trauma. Additionally, the book includes her most intimate emotions and thoughts regarding the incident and rape culture. Although the rape occurred 36 years ago, Cordani says that she lives with this nightmare on a daily basis.

It is a frosty winter evening in February 1984. Cordani, age seventeen, is walking through Paris to meet up with some friends. As she exits the metro, two men begin hollering insults at her. The two men then grab Cordani and kidnap her, ultimately bringing her to their apartment. On the way to their apartment, the two men rape and abuse Cordani.

Once they arrive at the apartment, a third man is waiting. He continues to take advantage of the young girl and leaves her unconscious and beaten. When Cordani is finally able to realize what she has been through, she manages to escape the apartment and asks a neighbor for information about the men who abused her.

Thankfully, she is able to acquire their names. Without missing a beat, Cordani immediately heads to the police station where she reports the rape.

In an interview with Brut., Cordani makes sure to mention that she was lucky that the police officers treated her kindly and with respect. Sometimes rape victims can experience discrimination or disregard when reporting their rape. For Cordani, she says she was fortunate to have been helped with such compassion.

“I didn’t undergo a second shock upon arriving at the police station. So, yes, I was lucky.” – Claudine Cordani tells Brut.

A couple of months after reporting the rape, Cordani meets with the judge who will oversee the hearing. Judge Jean-Pierre Getti tells her that because of her minor status, the hearing will be closed. This means that the case will be closed to the public, and only the persons involved will be able to enter.

This shocks and infuriates Cordani, who wastes no time in expressing her disapproval of the decision. Judge Getti is shocked and wants to know why Cordani would be against what many at the time perceived as a protective measure.

“I told him (the judge) that it’s not my place to feel shame. I have never felt shame or guilt because it is simply not for me to feel this way. For me, this is obvious. Let’s put things in their place. Shame is not for victims.” – Claudine Cordani tells Brut.

What Cordani is attempting to demonstrate is that for her, having a closed hearing was a protective measure for the aggressors. She wanted the public to know what these men had done. She wanted their reputations to suffer because of their horrific actions.

Furthermore, Cordani wanted to do everything in her power to make sure these three men would never commit such a terrible act again.

Claudine Cordani’s bold statements and actions of 1984 came roughly thirty years before the #MeToo movement. Moreover, Cordani says she didn’t realize the feminist impact that her decision made.

“I knew I was a feminist at about the age of 12 or 13 when I was having lunch with my family. My father said to my mother, ‘Shut up, you’re a woman, you don’t have the right to speak.’ I remember that at that moment I stopped eating and told myself, ‘Well, no one is going to stop me from talking.’ So it was my father who, unknowingly, made me a feminist.” – Claudine Cordani tells Marie Claire

The last thing Cordani is trying to do is dictate how survivors of sexual abuse deal with trauma. In fact, Cordani’s story serves as a reminder that society needs to place greater emphasis on punishing aggressors and bringing justice to victims. She mentions that dealing with such trauma takes time. It is a nightmare that seems to reappear on a regular basis.

Cordani’s book and handful of interviews are intended to help other survivors of rape and sexual abuse deal with this battle. Nevertheless, Cordani’s message is not solely for women and men who have experienced similar nightmares. Above all, this story is a call for action on the part of governments, legal systems and society as a whole.

“I want rape to be recognized as a crime against humanity,” Cordani tells Brut. I know that many, if not all of us, can agree completely with this statement.

Read also:
Chalk Isn’t Just For Hopscotch – It’s A Protest Tool
PMDD: The Severe Form Of PMS We Don’t Talk About
Let’s Get Loud: About Women And Ageism

You’ve Had A Painful Childhood, And That’s Okay

Women In Iran: A Brief History Of Courage 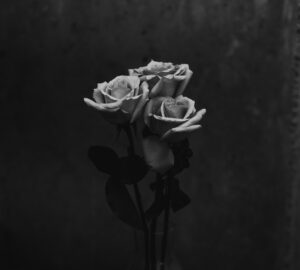