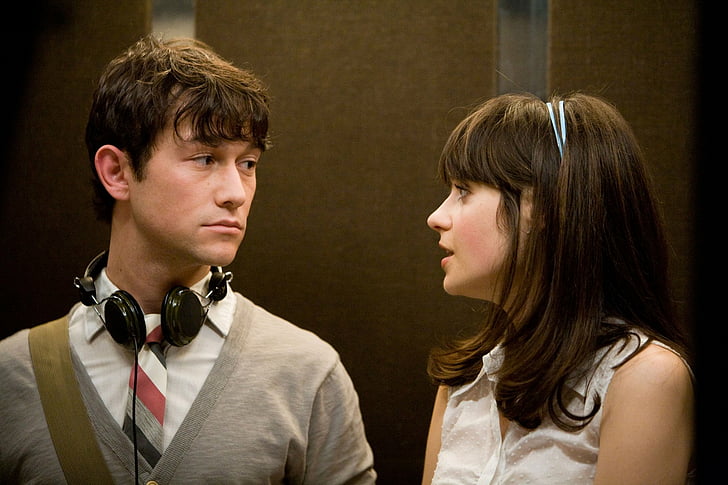 In 2005, Elizabethtown, starring Orlando Bloom and Kirsten Dunst, was released to mainly negative reviews. One of the most notable critiques came from Nathan Rabin. In it, he created a term for Kirsten Dunst’s character that would soon take over the entertainment industry: the manic pixie dream girl, often abbreviated as MPDG. Rabin described a manic pixie dream girl as existing “solely in the fevered imaginations of sensitive writer-directors to teach broodingly soulful young men to embrace life and its infinite mysteries and adventures.”

Manic pixie dreams girls are outgoing. They hold a particular and outwardly advertised taste, such as an affinity for a certain grungy band or a bizarre sense of fashion. They are almost always in a good mood, no matter their external circumstances. A MPDG is not like other women. Her energy never runs out, and her youthful personality fulfills the protagonist in a way he’s never experienced before. This is the sole purpose of the creation of a manic pixie dream girl. She is inserted into a story to change the life of the main character, typically a depressed or timid young man. The women take an immediate interest in the protagonist upon crossing paths with him. How could they not, when fixing him is the center of their fictional universe?

The crux of the MPDG lies in her support of the male character’s story arc. How she feels about being this person’s personal helper is never questioned. She is not a muse, whom he draws inspiration from, but she is the driving force in changing his life for the better. Her person outside of this function is unimportant. More often than not, she will disappear from the story as soon as the male protagonist’s journey is complete – there is no need for her anymore.

Though manic pixie dream boys exist as well, examples of them are few and far between. The most famous ones are Augustus Waters from The Fault in Our Stars and Jesse Swanson from Pitch Perfect.

Examples of MPDG’s can be found in a large range of literature and film. Garden State’s Sam, played by Natalie Portman, became one of the most famous instances of a manic pixie dream girl. Sam is an eccentric compulsive liar, whose role in the movie is to take the male lead on a wild emotional rollercoaster, during which she shows no personal character development whatsoever. Disney’s recent film, Stargirl, was also criticized for using trope.

Another name commonly mentioned in relation to manic pixie dream girls is John Green’s, with almost all of his love interests showing the typical characteristics of a MPDG. After facing increasing waves of critique, Green vehemently argued that the female love interest in his novel Papertowns, the whimsical Margo Roth Spiegelman, is a deconstruction of the trope. However, one may wonder if his interpretation was successful, with Margo leaving the story just when the protagonist, Quentin, has completed his arc by chasing after her through half the country. Margo’s one line pointing to the fact that Quentin doesn’t really know her seems meek in comparison to her portrayal throughout the rest of the story.

Nathan Rabin has since retracted the term he coined over a decade ago. He believes that, though it was created to call out sexism in the film industry, it has since been used too often to dismiss quirky female characters completely. Some have even gone so far as to assign it to real people, such as actress Zooey Deschanel, who, having clearly not been created by a male screenwriter to serve the purpose of rescuing a lonesome male protagonist, does not fit this definition in the slightest. The manic pixie dream girl isn’t a woman who is simply unique. She is a unique woman created for the man.

Two movies particularly popular for their deconstruction of the MPDG are (500) Days of Summer and Eternal Sunshine of the Spotless Mind. Both these films feature a female lead who is quirky, off-beat and changes the male lead’s life, but they give her a purpose outside of that. These films show the women’s unwillingness to be the center of the man’s journey, their personal struggles, feelings, and dreams. Director of (500) Days of Summer, Marc Webb, says: “Summer has elements of the manic pixie dream girl – she is an immature view of a woman. She’s Tom’s [the protagonist] view of a woman. He doesn’t see her complexity, and the consequence for him is heartbreak. In Tom’s eyes, Summer is perfection, but perfection has no depth.” Summer prioritizes herself over Tom, which messes up his life in a way that only he can piece together on his own towards the end of the movie.

The consequences of the common use of the MPDG trope are that women grow up expecting to be the hero of someone else’s story, not their own. Meanwhile, men are taught that women are a tool for their own self-development rather than individuals with personal flaws, needs, and desires. Because of the MPDG, we learn that men are entitled to women’s constant and continual encouragement to reach their own destiny – a destiny in which there will be no space for the said woman.

With the stark imbalance of genders in Hollywood’s repertoire of screenwriters and the direct influence of patriarchy on our selection of books, romantic heroines are too often written as a man’s dream. Manic pixie dream girls do not pursue their own happiness because they are too focused on the man. Love interests with no depth should not be idolized; they are a manifestation of bad writing.

Women are not shallow fantasies created to serve men. They are human beings who need to be loved for the complicated, flawed, and messy personalities that they have. Painting them as one-dimensional, attractive emotional-fairy-godmothers isn’t the path to that future.

Read also:
QUIZ: Are You A Karen Or A Becky?
How Bratz Changed The Market For The Better
The White Savior Narrative: Why Movies Like “The Help” Are Problematic

The White Savior Narrative: Why Movies Like “The Help” Are Problematic

No Wrongs Or Rights: The Importance Of Cross-Cultural Sensitivity