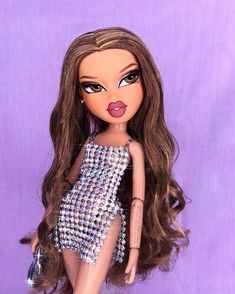 In yet another thing 2020 has brought to the table, the 2000s toy juggernaut Bratz made an unexpected comeback onto the social media scene with a statement on the death of George Floyd. In the aforementioned statement on their Instagram page, they offered a link to a petition for justice. They included a powerful quote from South African activist Desmond Tutu to highlight the brand’s stance on diversity. Social justice was their main focus in their statement. It was offering vague condolences. They went straight to the root of the issue and said, “we can’t call ourselves inclusive while staying silent,” which is bold in the face of brand statements as of late.

In many cases, this would be considered unexpected. Other brands of course, (including Bratz’s rival Barbie), have released statements support of the black community after the events of Minneapolis and the death of George Floyd. But “Bratz” did something none of them did in their statement: push for change and inclusivity.

Bratz has always been inclusive.

While Barbie dolls have long been the staple of “girly” toys, Bratz brought something that Barbie lacked: inclusivity. While only in the early 2010s, Barbie brought in diverse hairstyles and increased visibility of nonwhite dolls, Bratz had their message from the get-go. The main dolls (Cloe, Yazmin, Jade, and Sasha) had diverse hairstyles and textures years before Barbie used the concept. By including different hair textures and continuing to offer them to an audience of young children, it encouraged hair love and acceptance of varying hair types beyond the “default” that brands like Barbie offered.

What changed the mold for a lot of consumers (i.e., families) were the uniqueness the brand brought in comparison to the conservative, near the generational idea of a Barbie doll. The main cast were teenagers in high school. They wore makeup, wore clothing that fit their styles, had no set boyfriends.

In the garbage movie made about them, they were involved in sports, in science, in student government. They were inseparable friends who acted like teenage girls. Much like teenage heroines of the time, such as Buffy Summers from Buffy the Vampire Slayer, they were teenagers who balanced school with wacky scenarios.

The doll line did something that is not common in media: it treated teenage girls like teenage girls. There are plenty of examples of television shows, books, movies that portray female-identifying teenagers as airheaded and that their interests were too silly to be considered important. Bratz (albeit with an emphasis on consumerism) treated them and their interests as valid. They were aimed at pre-teens, focused on angst and the desire to fit in.

While there were problems with the doll line (chief complaints involve the proportions of the doll and the potential damage to one’s self-esteem, the undeniable audience of concerned parents believing the dolls would “make their kids grow up too fast,” and of course Barbie purists) it cannot be denied that their impact is crucial. It introduced Generation Z to a doll that effectively challenged the norm of princesses and fairies and grounded them in the real world.

Bratz debuted in 2001 and to this day is seen as a nostalgia piece. There are plenty of people on social media with avatars of the main cast, there are some television works and of course a movie. They were teenagers in the 2000s.

But in our modern era of 2020, the idea of a teenage evolves. Bratz using their platform to discuss the issue of social justice, highlights a maturity for the brand and a reminder that the modern-day young adult should use their platform to make a statement. Much like the audience that once had Bratz dolls and other memorabilia, Bratz evolved to cover essential topics: to push for attention, to break the mold of the “modern-day toy brand.” While with its glaring faults, we cannot deny that Bratz pushed for diversity that brands such as Barbie still grapple with. While Barbie might feature different dolls, there are very few nonwhite characters available and even fewer with diverse hair and features.

Bratz was, and still is, a unique, unexpectedly feminist toy.

Growing Up In A Fairytale: Not Just A Santa Claus Myth 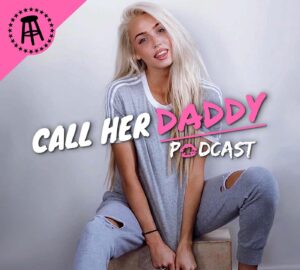