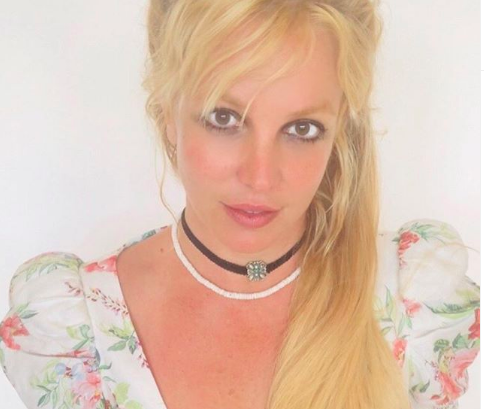 Fans of Britney Spears reignited the viral campaign “#FreeBritney” on Twitter Sunday to speak out against her 12-year conservatorship.

Fans on social media voiced their support for the singer, sharing the details of her conservatorship, also known as a legal guardianship. Several brought up that Spears has not had control of her own life since 2008. Many also mentioned that she does not have full custody of her two children.

The TikTok That Started It All

This started after Spears posted a video to the popular video making app, “Tik Tok,” on Friday, where she walked on and off camera multiple times to the song “Blinding Lights” by The Weeknd. The comments on the videos ranged from those sharing their concern for the singer to others mocking her actions. This led to a discussion on Spears’s mental health and her conservatorship.

Several fans believe that the video may have been a cry for help. Fans adopted this theory after many noticed a fan commented in a previous Tik Tok for Spears to “wear a yellow shirt in her next video,” if she needed help. Spears wore a yellow top in her “Blinding Lights” Tik Tok video.

Singer Tinashe expressed her support for Spears. She wrote that she “worked with Britney Spears several times, and she is an angel and a star.” She ended her now-deleted tweet with #FreeBritney and #endconservatorshipabuse.

Recently, a Los Angeles county judge had extended her conservatorship until Aug. 22 of this year, citing that a hearing would not take place during the pandemic. The judge allowed her care manager, Jodi Montgomery, to stay on her conservatorship in the meantime.

The History Behind Spears’s Conservatorship

Her conservatorship began back in 2008, following her infamous breakdown and second psychiatric hold, also known as a 5150 hold. She would no longer be in control of her finances, estates, and personal assets. Her father, Jamie Spears, and attorney, Andrew Wallet, would be given full control. Spears stepped down as her main conservator back in Sept. 2019.

Documents showed that her father claimed that Spears had dementia and was “unable to provide for her personal needs.” According to the LA Times, law experts thought it was “unusual that someone as young and productive as Spears to be in a probate conservatorship.”

Later in the year, she attended the VMAs as the most awarded performer of the night and started recording her sixth album, Circus. While making her comeback, she no longer could vote, drive, or talk to anyone unless vetted prior.

In the years following, she would go on to release three albums, do three tours, and have a four-year Las Vegas residency. She had also been a judge on the popular singing competition “The X-Factor” in 2012.

In 2019, Spears suddenly postponed, and later canceled, her upcoming “Domination” residency, citing that her father’s declining health. TMZ later reported she had checked into a mental health facility, leading fans to believe that she was being forced into a hiatus.

However, multiple sources have come out saying that it was her own idea to check into a facility.

“When her dad got sick, it really affected her,” said a source to CNN back in 2019. “She couldn’t focus on her tour and she started to miss doses of her medication. Anyone who knows anything about taking prescription medication knows that you can’t just get on and off of it.”

Yet, it didn’t help that Wallet had resigned as one of her conservators without any specific reason. In court filings, Wallet said Spears would face “substantial detriment, irreparable harm, and immediate danger” if he did not resign. He has said that he has helped Spears from anyone harming her and giving her drugs.

Spears eventually issued a statement on the controversy in an April 23 Instagram post. “I am trying to take a moment for myself, but everything that’s happening is just making it harder for me,” Spears said. “Don’t believe everything you read and hear.”

Where The #FreeBritney Campaign Started

Spears fan, Jordan Miller, coined the phrase in 2009 after her conservatorship began. Miller started the campaign on his Britney Spears website, BreatheHeavy.com. Miller claims to have received threats from her father back then to take it down.

Fast forward to 2019, hosts of the podcast “Britney’s Gram,” Tess Barker, and Barbara Gray received a voicemail from an alleged paralegal of an attorney who had involvement in her conservatorship. They claim that the source is authentic.

The source said that her father canceled her residency due to her not taking her medication. They also raised concerns about her personal autonomy and made other allegations about the singer’s personal life.

This voicemail kicked off a wave of support for Spears, unleashing a new era of #FreeBritney. It trended the next day on Twitter after the podcast episode went live. Fans stood outside the Stanley Mosk Courthouse in Los Angeles during her conservatorship status hearing.

According to Spears’s manager, Larry Rudolph, her team has not been able to identify the caller. However, her team denied any accusations from the call.

What Is Next For Britney And Her Conservatorship

As of now, Britney Spears has had no performances, even prior to COVID-19. She has not released a statement on the current trend of #FreeBritney. However, fans still want the best for her and continue to voice their thoughts.

Fans are calling for Spears to hire her own lawyer for the hearing on Aug 22. They have even created a Change.org petition to help her gain her freedom back and get a lawyer.

“With this conservatorship, she is unable to properly fight for her freedom as she isn’t legally allowed to hire her own lawyer, ” the petition said. “We need this petition so that Britney can hire her own lawyer and live a normal life as a 38-year-old woman with two kids.”

Many will have to wait until the next hearing for updates on her conservatorship and hope she gets the outcome she wants.

“We really just hope for her to be able to speak her truth,” Gray said to the Washington Post in 2019. “And if autonomy is what she wants — which we think it is, from [her] past [statements] — that she’s able to have that.”

Read also:
It’s Time To Demand Justice For Mia Khalifa
The F In France Is For Fatphobia
A Melting Pot Summer Playlist For You