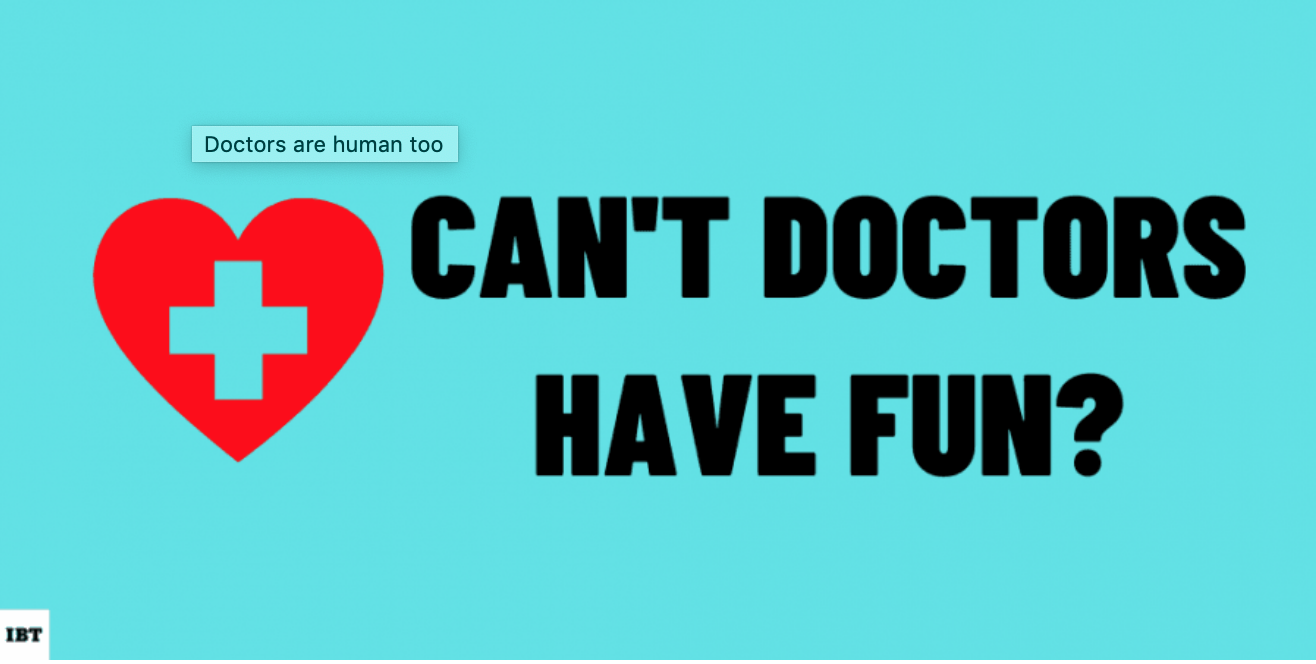 It may be easy to forget that the people we see for a particular reason, such as a teacher every day for school, actually have lives outside of the work that they do. You go to your doctors when you’re feeling sick but if you catch your doctor or teacher outside of their normal attire and setting, it might seem a little off. News flash: they’re human too. you might even catch your teacher or doctor on social media doing (gasp) what normal humans do! Their lives aren’t just all 9-5 hours and the same uniform each day. So when the Journal of Vascular Surgery released its August 2020 issue, one particular study seemed to cause a surprisingly loud buzz.

The study was called “Prevalence of Unprofessional Social Media Content Among Young Vascular Surgeons.” The people behind this study essentially created fake accounts on various social media platforms such as Instagram and Facebook to snoop on surgeons (specifically females) and what their private life looks like outside the OR. In conclusion, a violation of privacy, unlawful behavior, and just a pure form of human indecency. I almost forgot, they were three males: all medical students themselves.

They deemed necessary to call these surgeons inappropriate for posting photos of themselves in swimsuits and Halloween costumes on their social media platforms. These private accounts made by male students really focused on the bikini aspect of the posts. I guess it’s a shocker that doctors can also enjoy their private lives by going on vacation, going to the pool, or even participating in a widely enjoyable holiday like Halloween. The idea that the emphasis was on targeting young female surgeons about how they dress during their non-work period brought indignation and outrage.

This hashtag went viral on Twitter just a few days ago and brought many doctors to show that they can still live their life, wearing whatever they choose, and still save lives. This hashtag was for positive purposes and was meant to humanize women.

One of the lead authors, Dr. Jeffrey Siracuse, released a public apology on Twitter in response to such widespread frustration with this publication.

Shortly after, the journal’s publisher released a public statement with intent to remove the newspaper story. They claimed to have errors when reviewing the manuscript, although the review is usually gone through three times. There has been some positive reaction to this statement and distention. However, others still feel that an analysis of expertise has been carried out in an incredibly unprofessional manner

“We tried to look at the term professionalism through the scope of what the general patient population might perceive as for publicly available accounts,” he added. “We are sorry that we made the young surgeons feel targeted and that we were judgmental.”

Just in case you forgot what I said at the start of the article, doctors have lives too. Woman or man, taking the time out of your life to go snoop on what other people are doing and crossing that line of privacy is simply unnecessary and inhumane. Let’s not forget that you have a profession as well and spend your leisure time doing things that every human would do. You don’t have to make a publication about it and label it as inappropriate. Medical professionals can save lives and still have time for a nice relaxing swim that week.

To conclude, #MedBikini stemmed from the perception that trainee doctors wearing swimwear in social media pictures were “unprofessional” in female vascular surgery. As you all know, we would all wear wetsuits at the beach. Why would you wear a coat and scrubs at a beach?

Read also:
The Incel Movement: Formally Recognizing Violent Misogyny As Terrorism
Fears And Privileges Of A White Woman Runner
A Look Inside China’s Matriarchy: The Mosuo

Taking Back the Word Disabled

Anti-Racism In Higher Ed: The Effectiveness of Diversity Requirements