Julia Maren, 29, was told to put a shirt over her sports bra from a small-owned gym in the neighboring city to hers.

Julia Maren, a Springhill, Tennessee resident, went to the gym on Sept. 8, expecting a nice workout, until it wasn’t.

Maren experienced the unspoken experience of women feeling discouraged from gyms after being told by a small-owned business in neighboring city to hers to put a shirt over her sports bra in order to workout at the gym.

As her first experience at this gym, Maren said she immediately left the gym, confused because she did not believe the gym had a dress code.

“Honestly, it doesn’t matter why it is a rule or not. Nobody should have to adhere to a dress code to work out. It takes away from what they are trying to accomplish when they’re there,” Maren said.

Maren said the reason she was so upset from her first experience with this inequality was because of the belief that gyms in general are not as comfortable for women.

“The gym can be a really intimidating place, for a lot of people, men and women included, but I think especially for women because it is such a male-dominant environment,” Maren said.

Maren said she shared her thoughts and experience on Instagram. The responses were both positive and negative, as many supported her beliefs while others said she should respect herself and not dress the way she does.

“It’s not about me wanting to show off more. It’s about me trying to be in a comfortable environment, and that is just not something that is there for women in general,” Maren said.

The experience confirmed what she already knew, that she lives in the South, where she said she believes decisions are made off of religious views.

Maren said she did not see what the men or other members were wearing at the time, but her Instagram post expressed what she has seen in other gyms where men wore tank tops with their nipples sticking out.

Maren said she recently became comfortable with wearing a sports bra to the gym, and this experience has not deterred her from wearing what she likes in the future. For women who are less confident, this rule could have ruined their gym experience.

Instead, Maren said there shouldn’t be a dress code for gyms, and women should wear what they want.

The hope, Maren said, is the awareness for the uncomfortable environment gyms provide for women becomes more prevalent.

“It is really important to speak out about why it feels unfair or why you think there is a double standard and try to instill some change,” Maren said.

Read also:
Afghan Women Have Just Won A Piece Of Equality
An Open Letter To My Mom
How The Phrase “Daddy Issues” Is Harming Women

The Difference Between Cooking Desi Food For Yourself And Others

The World Needs Girls, So Why Doesn’t It Want Them? 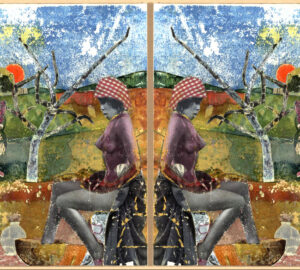