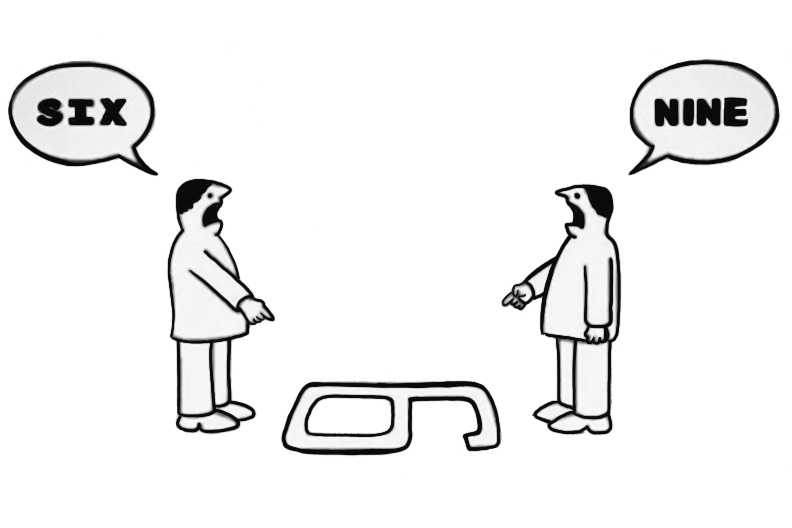 Have you ever found yourself quiet in a situation where you know you should speak up? If not, I admire you for your unwavering moral compass; it is something that we all can learn from. But for those of you who have, did you try convincing yourself that you were only “keeping the peace” or “being respectful of others’ opinions?” I admit that I have been guilty of this. Like many who have been in my position, it is not something that I am proud of – but it is something that I must acknowledge in order to improve. Because that right there; that belief that I was bringing peace by staying quiet? That was merely unchecked privilege rearing its ugly head.

So here it is, from a cis-gendered, middle-class, South Asian-American. I present the main justifications used to try to convince myself that remaining silent was the right thing to do – and why each of them is wrong.

“It is not a black and white situation.”

It is true that many situations exist in shades of gray, significantly complicating the correct course of action. However, with regards to human rights issues such as police brutality (particularly towards the Black community, as highlighted through the Black Lives Matter movement), the inhumane conditions in ICE detention centers, and privatized healthcare, it is. There is no debate – the “shades of gray” is irrelevant.

“All people of color (“POC”) are marginalized in predominantly Caucasian societies, and to distinguish the Black community is to further divide.”

While all POC are marginalized in Caucasian societies, it is not done so equally. It is therefore essential to understand where different communities of color lie on this social scale.

In America, the “model minority” myth applies primarily to Asian communities. The myth assumes that all Asian-Americans will obtain a professional degree and become financially successful. This notion causes significant harm by reducing the vast diversity of Asian heritage to one major stereotype. From a social institution standpoint, “model minorities” have also created a standard for stratifying communities of color. Based on this hierarchy, many communities of color (including Asian, Middle Eastern, and Latinx communities) experience significantly less systematic oppression compared to Black communities. Black members of society continue to experience disproportional amounts of discrimination, both implicit and explicit.

Black communities should have equal stakes among communities of color. However, they have a right to their own space as well. The fact of the matter is, prejudice towards individuals of deeper skin tones continues to run rampant among POC; this also ties into colorism, where the standards are based on Eurocentric beauty ideals. Failing to acknowledge these biases and inequalities only serves to make them more difficult to rectify, further deepening the divide.

“It is not anyone else’s place to correct others, because everyone has their flaws.”

Yes, flaws are an inherent part of human nature. But if we fail to discuss them, how does anyone identify their blind spots? How do people fix their problems if they do not realize that they exist in the first place? Additionally, we are not referring to a quirky Oreo addiction or the inability to cook food without burning it. Someone deciding that they are willing to accept children living in cages is not simply a minor flaw. Nor is supporting the murder of individuals based on their skin color; these are deep-rooted and systematically enforced issues that one cannot merely choose to close their eyes towards.

Now there are indeed different ways to approach these situations. Still, regardless of the method used, some people will simply not be receptive; if people want to be educated, they will be educated – but some refuse to be. Those situations are particularly difficult, and the advice I can offer regarding how to handle them is limited. But I can mention this, whatever decision you make about how and whether to further engage will be the right decision for you. You are under no obligation to justify it to anyone else.

“You are looking to pick a fight with anyone who does not agree with you.”

For me, this was the big one. Every time I wanted to say something, I wondered if I was feeding into the narrative of being unnecessarily antagonistic. I also worried that my stance would be dismissed as an “over-involved and passionate take on the situation,” or that I would be discredited as “unable to understand the facts” because of my age; this justification ties into the whole “it is not a black and white situation,” addressed earlier.

But here is the thing, this is gaslighting in its simplest form. Many young adults, including myself, do make a conscious effort to remain well-informed. We are also willing to revise our existing understandings of situations as new information arises. Are we perfect at doing this? No, but neither is anyone else – even those that are older than us.  To claim that being passionate and being factual are mutually exclusive is pure ignorance.

“So, what is the solution?”

The solution. The final solution? The one that restores equality and justice throughout the human race? I, alone, cannot provide that final answer – because, quite honestly, I do not know.

Initially, I believed that speaking up on issues was contingent on having this final solution – but it is not. What matters is that I know where the solution starts; it starts with people valuing the welfare of others, even when it means a slight inconvenience for themselves.

As a final note, “allyship fatigue” does not exist. There is absolutely no such thing as being “exhausted of the emotions that come with doing the work of being an ally.” 1 People of marginalized communities do not get to decide when and where they are affected by institutionalized oppression. Accordingly, individuals of dominant groups should not be able to pick and choose when they want to be an ally. Part of being an ally is holding yourself, and the ones around you, accountable throughout your daily lives. Whether it be regarding race, socioeconomic status, religion, sexuality, gender identity, or disability status, it is not enough to be “non”-discrimination. We must be “anti”-discrimination.

The next time you hear or see someone speak from a place of privilege, call them out, sit them down, message them, or have a conversation – but whatever you do, do not stay silent and be complicit. Because it is not just a difference of opinion.

Fears And Privileges Of A White Woman Runner