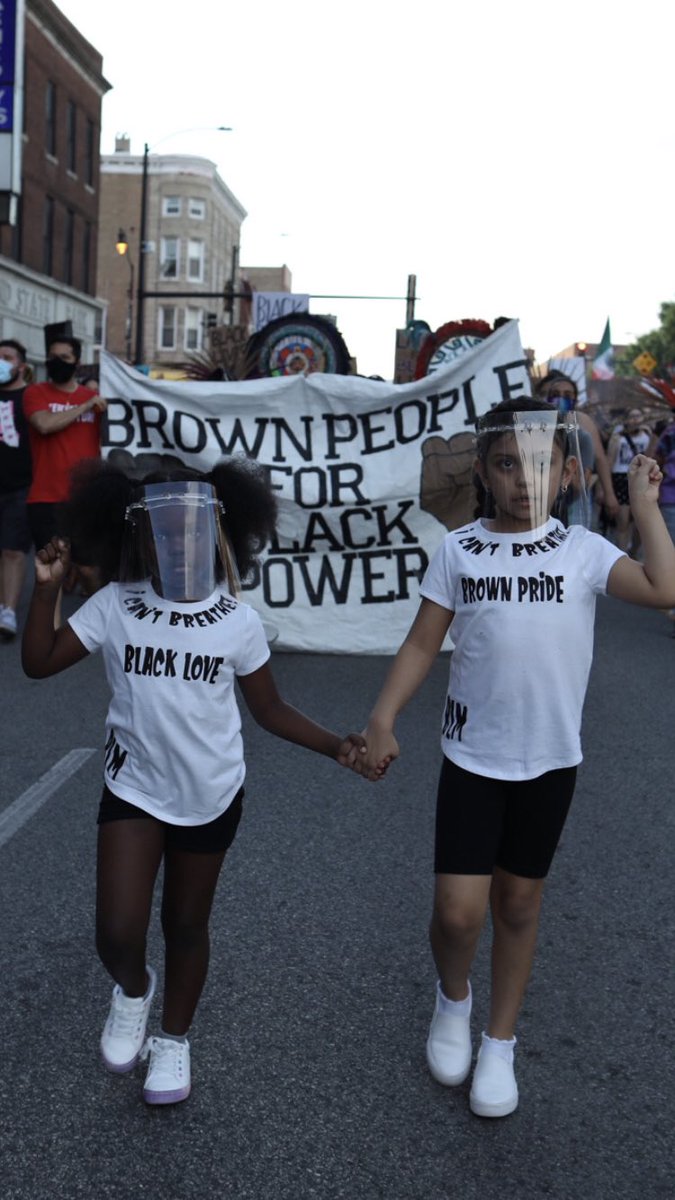 Where Are My Non-Black Latinx Folk?

Somehow in all the discourse surrounding anti-immigrant sentiment and xenophobia, many non-Black Latinx communities who have moved mountains and crossed borders to come to the land of opportunity remain silent during times of racial injustice and white supremacy. It’s easy to partake in racism and anti-blackness as non-Black Latinx in this current moment because it takes the spotlight away from our otherness and dislike. As a result of the ever-growing Black Lives Matter movement, anti-Blackness has become a focal point in dismantling systemic racism within Latinx communities.

As of lately, I encounter many of my non-Black Latinx friends and family members saying, “what about us?” “What about the kids locked in cages and going missing at the hands of ICE?” Many non-Black Latinx feel like the issues that most affect us (immigration and detainment) aren’t being resolved or getting the attention they deserve. On numerous occasions, I had heard my Mexican family members make statements like “where was the Black community when Latinos were protesting against ICE.” Many non-Black Latinx feel that they are not directly represented in the Black Lives Matter movement. What they fail to see is that the movement is for our Afro-Latinx brothers and sisters.

We need to acknowledge how the non-Black Latinx community constantly forces Afro-Latinx to choose between being Black and being Latinx. Afro-Latinx should not have to justify or explain their intersecting identities. This is why Black Lives Matter is for the Latinx community. Moreover, Black Lives Matter is the fight to become free of racial oppression and constant questioning of character. It’s interesting; our minds have been ingrained into separating differences because of skin pigmentation and the influence of white culture—internalized oppression at its finest.

But this “what about us” logic takes the cake. This type of thinking regresses from the truth of the movement. It causes hierarchies of oppression and questions like “whose issues are most important? Whose oppression is worse?” There is no answer to any of these because every single individual faces oppression in nuanced ways. So, for all my non-Black Latinx family and friends making these harmful hierarchical comments, not only do they negate the experience of Afro-Latinx, but they also negate their value in our communities, causing separation. So, I ask you all, “if we focus on our Afro-Latinx brothers and sisters lives, will we give more attention to racial oppression and racism for Latinx communities as well?” The answer is yes.

Think about it. Racial oppression affects every community that does not pass for white. We live in a society with roots in white supremacy. By negating the experiences of Afro-Latinx, we are negating their value in our own communities and falling into those racist patterns we want to dismantle. While non-Black Latinx cannot fully understand how it feels to be Black and vice versa, we can at least acknowledge how we uphold racial caste systems. We perpetuate systemic racism that creates harm onto our Afro-Latinx brothers and sisters. Meanwhile, we want to push our struggles forward while never giving Black folks the time of day. If non-Black Latinx folks can’t support Black Lives Matter, then how can we expect non-Latinx to join our fight against anti-immigrant sentiment and xenophobia?

Anti-Blackness In The Latinx Community

Many communities normalize oppression by leveling one oppression worse than the other. In my youth, my family often referred to me as “Negra” in Spanish. My brown skin caramelizes in the sun, and the melanin rises to the surface. When I asked my mom why everyone called me this, she said it was “una broma” (in truth, a racially insensitive joke). My family was leveling the pigmentation of my skin and separating me from Mexican culture even if they didn’t intend to. I asked her why it was that my skin color was an object in a joke? What’s so funny about being dark brown? What’s so funny about being rejected by other Mexicans in our community because my indigenous traits were overpowering the Spanish ones?

In 2019, Yalitza Aparicio was on the cover of Vogue Mexico. Yalitza Aparicio was the first Mexicana who looks like me on the cover page of one of the world’s top circulated magazines. The colorism within our Latinx communities should resonate with the Black Lives Matter movement. Still, this comparison isn’t enough for Mexicanas/os and other non-Black Latinx communities to understand that anti-blackness is rampant. The Mexican community rejects our indigenous roots and deems us undesirable. Meanwhile, the non-Black Latinx community rejects its African descendants. I say this as hope for empathy, not to erase the different ways in which we experience oppression. Now tell me, if this is a far-out cry, how many famous Afro-Latinx and darker non-Black Latinx stars do you see as the faces of campaigns, on the cover of magazines, or playing lead roles in films? To this, I answer: not enough.

Most importantly, we must join the fight to end injustice and build solidarity with our Afro-Latinx brothers and sisters before crying out, “what about me.” Not a single person is exempt from dismantling systems of oppression. It is every individual’s job to continue to work through the biases and stereotypes they uphold. If the non-Black Latinx community wants a more just and equitable world, then we must collectively make efforts to change. Black love Brown pride. Tu lucha es mi lucha, y la lucha sigue.

Read also:
The Dos and Don’ts Of Being An Ally
Investigating The Motherland: Black Erasure In Argentina
Anti-Blackness In Beauty Standards: The Long-Lasting Effects Of Colonialism

Disney Needs an LGBTQ Princess Next

Empowered and Inspiring Women of NASA