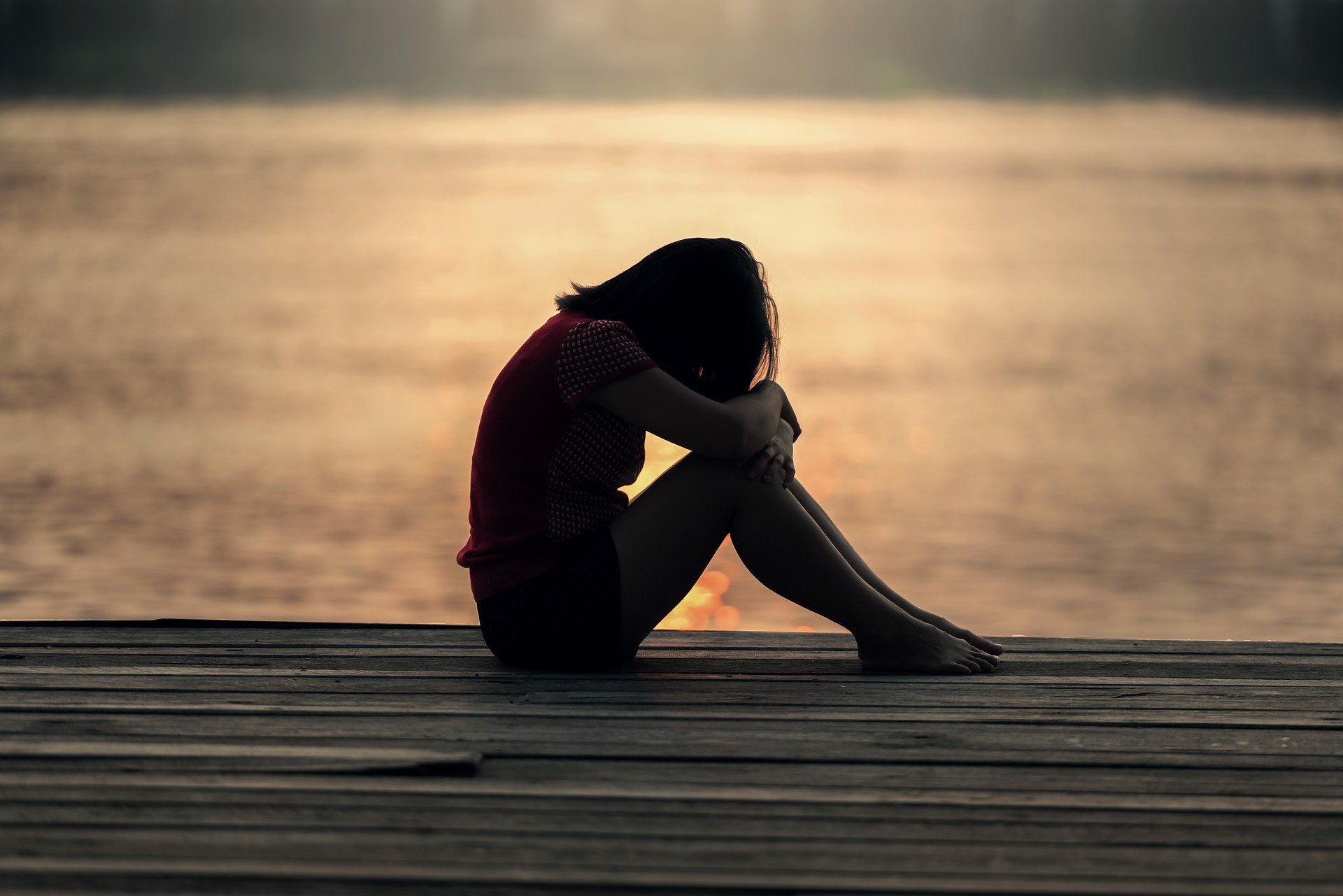 In March 2017, the Trump administration began a policy of denying abortions to undocumented minors in its custody. Immigrant girls fought the government in court for the right to terminate their pregnancies. This is their story.

Jane Doe was only seventeen years old when she came to the U.S. in September 2017, fleeing her home in Central America because of horrific family violence. Doe (whose real name has been kept secret for privacy reasons) was apprehended shortly after crossing the U.S.-Mexican border, and was taken to a government-funded shelter for undocumented minors, where she was given a medical exam. This is how she found out she was pregnant.

Doe wanted to get an abortion. She wanted to become a nurse and work with the elderly, and she didn’t want to become a mother while she was still a child herself. However, the entire apparatus of the federal government conspired against her.

Because Doe was an “unaccompanied minor” (meaning she’d come across the border without a parent or guardian), she was put into the custody of the Office of Refugee Resettlement (ORR). The ORR is a little-known government agency under the umbrella of the Department of Health and Human Services. The then-director of ORR, Scott Lloyd, was a vocal opponent of abortion. Shortly before he’d taken over the agency in March of that year, the previous acting director of ORR had issued a policy forbidding shelters from taking “any action that facilitates” abortion access for the minors in their care without the director’s personal approval. When Lloyd took office, he vigorously pursued that policy.

Under the new policy, ORR directed the shelter to take Doe to a crisis pregnancy center, an anti-abortion facility that tries to talk women out of terminating their pregnancies. There, the center’s staff prayed over her and gave her a medically unnecessary sonogram, which they forced her to view.

Since the shelter was located in Texas, state law dictated Doe would need parental consent or permission from a judge to get an abortion. With the help of Rochelle Garza, Doe’s court-appointed representative, and Jane’s Due Process, an organization that helps minors in Texas get abortions, Doe got a judicial bypass. This meant she would be able to terminate her pregnancy without permission from her parents. Her abortion was scheduled for Sept. 29.

However, despite Doe’s judicial bypass, and despite the fact that she had already secured private, non-govermental funds to pay for the abortion, ORR refused to allow her to leave the shelter to get the procedure.

The American Civil Liberties Union filed suit to force ORR to let Doe get her abortion.  Lawyers for the Justice Department argued the federal government wasn’t obligated to let Doe get an abortion. They wrote in court filings that the government has “strong and constitutionally legitimate interests in promoting childbirth, in refusing to facilitate abortion, and in not providing incentives for pregnant minors to illegally cross the border to obtain elective abortions while in federal custody.”

In response to the ACLU’s suit, Texas Attorney General Ken Paxton filed an amicus brief defending “the federal government’s refusal to comply with an unlawfully-present minor alien’s request to have an abortion in Texas,” according to a news release sent out by his office. Attorneys general of Arkansas, Louisiana, Michigan, Nebraska, Ohio, Oklahoma, and South Carolina joined Texas in the brief.

“An unlawfully-present alien with no substantial ties to this country has no constitutional right to abortion on demand,” Paxton argued in the release. “Texas has a legitimate and substantial interest in preserving and promoting fetal life. Texas must not become a sanctuary state for abortions.”

The Justice Departments’ attorneys also argued that Doe was not actually being prevented from having an abortion because she was free to return to her home country to get one, ignoring the fact that abortion is banned in that country.

“I am astounded by that position. I have to tell you, I’m astounded that the government is going to make this 17-year-old girl who has received judicial authorization for a medical procedure to which she is constitutionally authorized choose between [carrying] a pregnancy that she does not want to go forward with to term or returning to the country from which she left. Those are her options. And is it your position that that does not constitute a substantial obstacle? She can leave the country or she cannot get her abortion, those are her options?”

She ordered the government to let Doe get her abortion.

Under Texas law, a woman receiving an abortion must attend a pre-abortion counseling session at least 24 hours before the actual procedure. Doe had the first appointment on October 19,  and was scheduled to have the procedure on Oct. 20, but the government appealed Chutkan’s decision.

A three-judge appeals panel voted 2-1 to stay the order, giving the government until Oct. 31 to find a sponsor for Doe. A sponsor is an adult (typically a family member) in the U.S. who agrees to take care of an unaccompanied minor. Since ORR had failed to find Doe a sponsor during the previous six weeks, there was no reason to believe they would be able to do so in the next 11 days. The decision would effectively force Doe to wait that entire time to get her abortion.

What’s more, even if the government failed to find Doe a sponsor in the allotted time, she still wouldn’t automatically be allowed to get an abortion. Instead, the case would start over again, and the government would still be able to appeal.

By this point, Doe was 15 weeks pregnant, and Texas bans abortion after 20 weeks except when the pregnant person’s life is in danger or the fetus has a severe anomaly. This meant there was a very real danger the court’s decision would force Doe to carry the pregnancy to term against her will. The judge who authored this decision was none other than the future Supreme Court Justice Brett Kavanaugh.

Knowing time was of the essence, the ACLU appealed the decision to the full appeals court.

While she waited for her abortion, the shelter staff severely mistreated Doe. They “harangued” her about her decision to terminate the pregnancy, some even asking her what she planned to name the baby.

When Doe was found to be pregnant, the staff did not allow her to exercise or go on group excursions with her peers. When she said she wanted to terminate the pregnancy, the shelter assigned a staff member to follow Doe around and stay with her at all times.

Doe was also forced to undergo additional sonograms, all of them medically unnecessary and intended to shame her and pressure her into changing her mind.

Worst of all, the shelter forced Doe to call her abusive parents and tell them she was pregnant. This was despite Doe’s disclosure that when her older sister had become pregnant out of wedlock, her parents beat her with cables and firewood until she miscarried. When Doe had tried to intervene, they beat her too.

“To force someone to get on the phone and speak to their abuser is itself abuse,” Susan Hays, one of the attorneys working on Doe’s behalf, told the Texas Observer. “Her parents treated her like property, and now the United States is treating her like property.”

However, Doe’s court-appointed representative, Rochelle Garza, later testified before the Senate Judiciary Committee that “ despite this unbearable treatment, Jane was strong. She wanted to stand up for her rights, and she was determined not to be forced to carry the pregnancy to term against her will. And we were not going to allow a young woman to be abused this way.”

On Oct. 24, the appeals court overturned the panel’s decision, ordering the government to allow Doe to get her abortion immediately. The government’s lawyers quickly began working on an appeal to the Supreme Court.

However, Doe’s lawyers were able to find a loophole. Texas law requires patients to get abortions from the same doctor they have their pre-abortion counseling with. Initially, the doctor Doe had had her Oct. 19 counseling session with was unavailable, so Doe would have to have another counseling session with another doctor and then wait 24 hours to have her abortion. Doe had a counseling session scheduled with a new doctor for Oct. 25 and then an abortion on Oct. 26. Based on this, the government’s lawyers planned to file their appeal on Oct. 25.

At the last minute, however, Doe’s lawyers learned the first doctor would be available after all. In the early morning hours of Oct. 25, they took her to get her abortion.

And so, after weeks of struggle, Jane Doe was finally able to end her pregnancy.

Read also:
The Kashmir Conflict’s Most Vulnerable Victims: Their Women
In A Turn of Events, Evelyn Hernandez Finds Herself Acquitted On Charges Of Homicide Of Her Foetus
Texas Legislation Passes Anti-Abortion Bill: The Perils of “Rape Insurance”

“It’s Not Like This With Other People”: Sally Rooney’s Normal People And Rewriting Gender Stereotypes

Sexism In Music Production: Why Do Looks Matter In Sound?