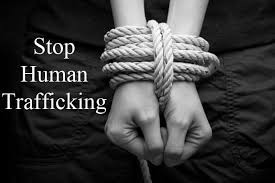 Human trafficking is modern-day slavery, where humans are being sold and exploited for labor and sex. It is a nine billion-dollar business, and it is happening all around the world. Victims face being sexually exploited, sexually assaulted, and traumatized. A lot of them are forced into prostitution at a young age by people they know and even by their family members. Usually, victims face several years being trafficked.

The internet makes it easier for perpetrators to seek victims. Traffickers target the most vulnerable because traffickers use their insecurities to control them. When victims’ bodies are regularly used as objects, their self-worth is shattered. They begin to believe that their bodies are all their worth. Victims are subject to believe their perpetrator’s negative beliefs about them because they are the only ones who have any influence over them, which makes it harder for them to escape.

Who is at risk?

According to Rights 4 Girls, Black girls make up 66% of child sex trafficking victims in Alameda county. Black girls also made up 92% of victims in the juvenile justice system in LA county. According to The Guardian, Native American girls make about a quarter of victims in New Mexico when they only make about 11% of the state’s population. Homeless youth, transgender, and LGTBQ+ youth also are at risk of being trafficked.

Human trafficking is happening all around the world, in every country, in every city, and even in our own backyards. Casandra Diamond’s Ted Talk on surviving trafficking in Canada taught me that it can be hidden in plain sight. Diamond witnessed massage parlors in Canada, being used as brothels. Brothels are where men seek prostitution services. She witnessed politicians going in these massage parlors without any consequences to their careers. She also saw women being enslaved and trapped.

Diamond asked high levels officials of municipal licensing of these massage parlors if they knew that these massage parlors were being used as brothels, and they said they knew. The city and politicians are aware of what is happening, and they are doing nothing to stop it. Why? Money and power. The powerful know they will not be held accountable. Money is used as a weapon that is used by the powerful to get what they want.

Life after trafficking means having to rebuild a new life for survivors. Survivors need to be given the help and the necessary resources to heal. They need to be given counseling, access to education, access to jobs, housing, protection from their perpetrators, etc. Survivors must be protected. Laws have to be passed and enforced that hold human traffickers accountable. Perpetrators of human trafficking must face the consequences of their actions.

As a society, we also need to take action to help survivors by not shaming prostitutes. It is important to remember that prostitution is not a choice. We must listen to their story with sympathy and compassion. We should educate ourselves and each other about human trafficking in order to prevent more humans from being exploited.

The Covid-19 pandemic puts even more people at risk of being trafficked with so many losing their jobs and many potentially being exposed to trafficking online. Trafficking victims are at greater risk of becoming infected with no physical distancing and no access to health care.

Read also:
The Virginity Myth, Sex Shaming, And Honor Killings
Sex Workers & How Your Stigmatization Results In Sexual Violence
Baba You Wanted To Kill Me: How The Death Of An Iranian Teenager Changed The Law

Black Lives Should Matter In Health Care Too