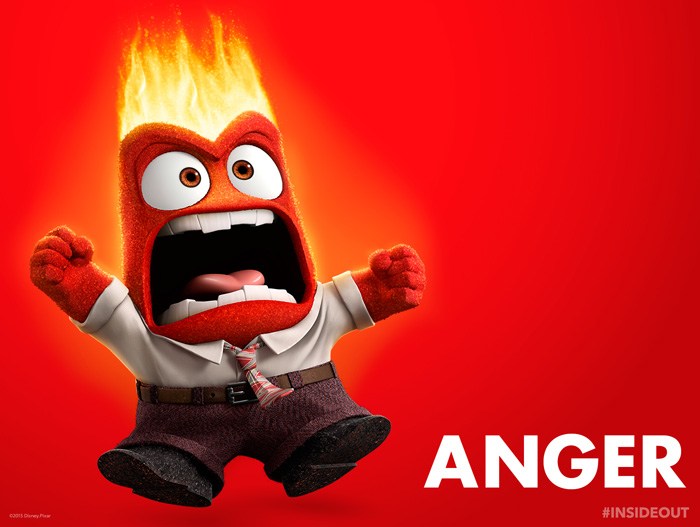 Someone wise once said ‘love doesn’t make the world go round, anger does.’  Who was that wise person?  Me.  It was totally me, I quoted myself, get over it.  I was on a podcast about poetry recorded by students at a local university (talk about niche) and we found ourselves well and truly off course and discussing politics.  This was my fault, I opened with a poem Us vs Them which is basically several pages of rhyming ranting about all sorts of political issues.  I actually wrote it before the Brexit referendum, sadly it is still just as (if not more) relevant now.  It takes shots at the way people try to divide us; workers vs students, renters vs buyers, rich vs poor, abled* vs disabled, man vs woman, queer vs straight.  Division is the political weapon used to break us down into small enough groups that politicians can convince us they are our friend and everyone else is the enemy.  You’d think knowing this, and understanding that often those divisions come from a place of anger, would make me want to be calm.  I am not a calm person.

Despite my better judgement, I often argue with people on Twitter. I get pedestrian rage when people walk inefficiently (I don’t mind slowly, but inefficiency really annoys me).  I have to restrain myself from snapping at customers asking questions I’ve literally just answered for most of my working day.  And, in the interest of balance, I am often angry to the point of yelling at myself for forgetting things or being disorganised or snapping at someone who didn’t actually deserve it.  I am not a calm person.  But to be clear, I am a kind person.  I’m not cruel, I fight fair when I’m arguing and I forgive as easily as I get mad, I don’t hold grudges against people when they’ve apologised and I am equally as prone to a random outburst of joy and an over the top gesture of love as I am to snap at someone.  I may not be calm, but I am balanced.

I wasn’t always so balanced.  I used to think I was just angry because I have PTSD.  In The Guilty Feminist book, there is a chapter discussing the use of anger in which Deborah Frances-White rightly points out that yelling at strangers on the internet is often an expression of internal anger rather than anger at that particular person.  I agree.  There are many people, arguing for all sort of things, who are just angry.  Look at Gamergate.  Look at Comicsgate.  Look at Brexit and Trump.  Do we really think any of those things are much else than an outlet for frustrated anger?  Life sucks, so let’s blame women, diversity, foreigners, bureaucracy, leaders, anything except ourselves.

Here’s how it works; a group of people are unhappy, for whatever reason.  Maybe they haven’t had a pay rise for ages but the cost of living has risen.  Maybe where they live is changing.  Maybe the characters in the comics they know and love are changing.  Maybe life just hasn’t panned out the way they thought it.  It doesn’t matter, they’re unhappy.  Somebody – a politician, an influencer, a celebrity – thinks hey, I can use this.  If I tell them why they’re unhappy, they’ll be happy.  The unhappy people go yeah, that makes sense, I hate that government/those people/this trend.  They become an angry mob, either unaware or uncaring that their anger is actually giving those influencers more power and more money.  Thus, Gamergate/Comicsgate/Brexit/Trump is born.

Again, you would think given that I know all this, having seen it multiple times over recent years and having been someone who had misplaced anger seeking a home for many years, I would be anti-anger.  But no.

You can’t fight anger.  You can’t fight the anger you have at yourself, at others or at the world.  Anger is a powerful force and if you’re not careful it will wash you away.  I’ve been there.  Anyone who knew me five years ago would have told you I was irrationally angry a lot of the time and, had I heard them telling you that, I would have angrily argued that I was not, just to prove your point.  Hindsight is a wonderful tool and all that.  I was angry because I didn’t know I had PTSD.  I didn’t know that sexual assault, bullying and medical trauma had combined to make my brain malfunction.  I also didn’t know that the level of pain and fatigue I had were because I had a long-term illness, not because I was just lazy.  Not knowing why I felt the way I did left me with misplaced anger.  Had I spent as much time on social media then as I do now I dread to think the arguments I would have sucked myself in to?  And I can tell you this right now; no amount of attempting to counter that anger with love, rational thought or compromise would have dampened it.  I was and am loved, that didn’t stop me from being angry.

You can’t fight anger with kindness.  Occasionally, one person might respond to it and that’s all well and good, but if everyone reacted to the waves of hate rocking the world by offering a hug we would be annihilated by them.  Kindness doesn’t protect you from people who think your gender identity, sexuality, skin colour, nationality, political beliefs mean you deserve to be killed.  I don’t mean of course that we shouldn’t be kind to each other, look after each other.  Or that kindness doesn’t have its place, it always does.  But it’s not fuel enough alone.

I often write political work when I am angry.  Whether its an article or a poem, I can channel anger into words and words into a structure and that structure becomes a political statement.  They go on to be published.  They get shared with readers online, in magazines, at training programs and on radio and that gives me a platform which gives the power of the ideas.  The poem Us vs Them has been on the radio twice, published twice and distributed in zine form.  I took anger and I turned it into a commodity that could change people’s minds.  I’m not so big headed as to think anyone who reads it will be magically transformed into a feminist lefty, but words can change minds.

The people who organised the Women’s March were angry.  The people who started Black Lives Matter were angry.  The people who came forward and gave #MeToo momentum were angry.  A group of women in a constituency near me were so angry with their MP they created a non-partisan political group that helped change the political landscape of the area (and ate a lot of cake).  Anger is a powerful force and trying to transcend it is useless.  If you’re angry, be angry.  But think about how you express that anger.  It’s not enough to trawl Twitter for people saying awful things you can argue with (I swear, the threads find me, not the other way around) or to just rant about it in the Facebook comments section.  Take that anger and turn it into something that might change the world one day.  Turn it into art, a protest, a political party, a safe space, a fundraiser, a book.  If those we fight against can use anger to their gain, so should we.  Kindness can change a few people’s worlds, but to change the world we first need to be angry about the state of it.  Think about what makes you angry, think about what you can do to change it and do it.  Stay angry.  And stay off Twitter!