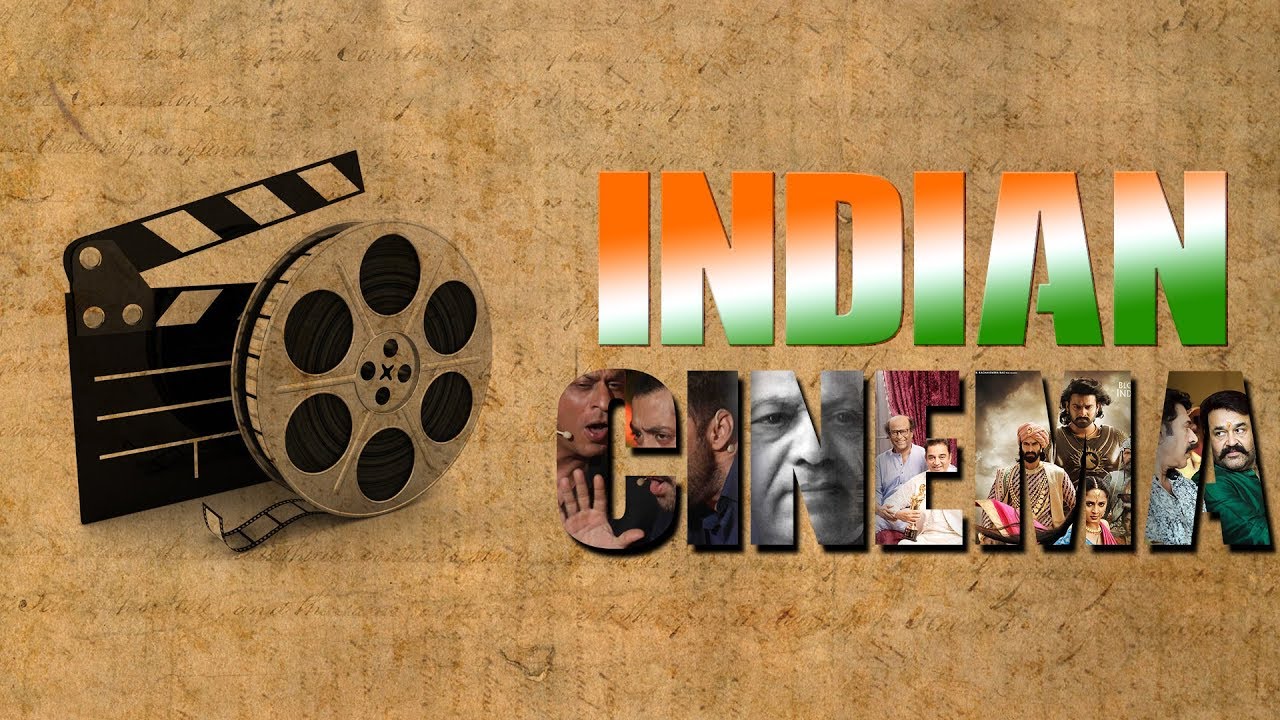 Indian cinema is one of the oldest cinemas. There can be multiple kinds of cinemas in a country. Each cinema affects the lives of the viewers distinctly, who analyze the content either with their individual mindsets or with their socially shaped mindsets. There are six different types of Indian cinema:

The ‘Central Board of Film Certification’ highly analyzes and censors the content of Bollywood films. India is a patriarchal nation, so the mainstream Indian cinema that is the Hindi cinema or Bollywood (as termed in the 1990s) is highly patriarchal. A male character is usually the protagonist of the film and performs all the heroic and legendary acts and protects his woman.

Many movies also portray women playing strong and important roles, but physical beauty still being taken into account while casting. This is also the case in almost all countries. Read about gender inequalities in Bollywood.

The mainstream Indian cinema or Bollywood is a major player in shaping the minds of young Indians to give major importance to being physically attractive, find a perfect partner, and maintain the cinematic fashion and trends.

Talking about the cinema-watching age-group of 40+, most of them disregard the bold, independent and individualistic female characters and the ones who take a stand against the act of forcing women to act and behave in a certain socially acceptable way.

There are some remarkable movies produced in mainstream Indian cinema that portrayed women as independent, bold, educated, fighting for her rights, and do not seek male validation to live. For example: ‘Queen,’ ‘Mary Kom,’ ‘Mardani,’ ‘NH10,’ ‘Piku,’ etc.

Coming to a very noticeable point: stardom. Both aged and young Indians mostly go to theatres to watch films just because they admire the acting cast. There is little to no emphasis on the storyline, and a nice film does not do well at the box office if it gets released on the same date or a nearby date of a star-cast film. They might not even know about those films.

There are many Indian movies that aim to achieve social changes. For instance, recent movies like ‘Toilet’ or ‘Shubh Mangal Zyaada Savdhaan,’ which is a story about two gay lovers. But the reach remains limited to already aware people. The rest of the orthodox and unbothered citizens still do not watch them or even discuss movies like these. Bollywood is not even remotely successful in covering and promoting LGBTQIA+ community.

Some filmmakers in Bollywood are gradually trying to overcome the societal taboos of India and the problems concerning rural India. The movie ‘Toilet’ highly contributed to the Indian government’s campaign of nation-wide Public toilet construction, which went remarkably successfully.

India is still struggling to teach the importance of Toilets to some of its rural population. This proves that it will take a long time for the Indian rural population to acknowledge equality and equity. Bollywood needs to expand its reach and horizons to affect the lives of older people and the rural population. Presently, it is a mere profitable entertainment industry dominant by a few established names.

Parallel cinema makes social realist movies. The story addresses societal problems, helps to find solutions to those problems, spread awareness, usually end with a message, question, or incite the viewers. But the reach of parallel cinema is lesser than that of Bollywood.

Parallel films rarely release through theatre screenings. They get released over the internet and sometimes shown directly to the concerned people—for example, village screenings, film festival screenings, online screenings, government screenings, etc. Parallel cinema can be in any language depending upon the target audience.

Actors like Guru Dutt, Ritwik Ghatak, CV Sridhar, B Narsing Rao, Adoor Gopalakrishnan contributed hugely to the theatrical release of parallel cinema. Still, in the 1990s, the parallel cinema of India declined because of a lesser interested audience.

Parallel Cinema has some exceptional films, but they sadly got banned from a theatrical release. For example, ‘War and Peace,’ ‘2002,’ ‘Bandit Queen,’ etc. However, many of them are now available online.

Parallel films now have a wide online presence and viewed in large numbers by the Indian teens and youth. Parallel and documentary filmmakers are the only ray of hope towards equality and equity being promoted in Indian cinema.

Subtitling and dubbing engage a wider audience now. The popularity of OTT platforms has significantly increased the reach of Regional cinema in the last two years because of which the Regional cinema is no more restricted to a specific region.

Discrimination between different regional communities and areas is prevalent in the Indian subcontinent. But people are now getting highly aware of unique cultures, traditions and acknowledging the beliefs and problems of different communities.

Indian documentaries triggered social and legal changes many times in the country. For instance, the documentary named ‘Shores of silence’ covers how Indian fishing communities unnecessarily kill whale sharks. The filmmakers showed it to the Government of India, and this resulted in the banning of killing whale sharks under the Wildlife Protection Act of 1972. Some other great Indian documentaries include ‘Daughters of Mother India,’ ‘Gulaabi Gang,’ and ‘An Insignificant Man.’

Many documentaries got banned from having a theatrical release. For example, ‘Sikkim’ and ‘India’s Daughter.’ Most of the documentaries, parallel films, and social realist films are now being released on OTT platforms. YouTube is still the most prominent free-of-cost video sharing platform in India and worldwide. But the mainstream Indian cinema or Bollywood films charge for YouTube viewing.

Many documentary films are successful in instilling a change among the citizens in the form of protests, petitions, taking up impactful and distinguished careers, going deep into research, citizen journalism, politics, law, rights, and much more.

There are some adverse effects of the free platforms. Many people with no thorough research, blindly trust those films, and get influenced by false information. There are people who make independent films to provide false information to agitate or provoke the citizens and easily showcase them on free-of-cost platforms. The reasons may vary from being political and religious to commercial and competitive.

Many OTT platforms provide access to trending and grossing foreign films. These include Netflix, Amazon Prime, HBO Now, Hulu, Vimeo, etc. The youth of India is the most prominent category to access these platforms.

The western culture, fashion, trends, infrastructure, film industry, lifestyle, etc. influence many teens and youngsters in India. The female characters of foreign films significantly differ from the female characters of Indian cinema. With the exchange of trends and knowledge, many Indians long for the beauty standards set by the foreign countries, and many western countries are adopting ancient Indian ways of healthy living, getting tanned for the dusky Indian look, and much more.

Many foreign film franchises also have theatrical screenings in India. There is an enormous fan base for international superhero films among the Indian youth and teens. Indian Cinema is yet to stretch its arms wide into the superhero genre.

Cinema affects people’s lives in many other ways, apart from the mind-shaping aspect. For years, cinema has been a way of socializing, a topic of conversation, debate, art, etc. Cinema creates enormous employment opportunities in the film industry, and other industries like education, communication, media, technology, hospitality, etc. Daily wage workers earn enough money through a single film under production in the Indian cinema.

After the spread of the COVID-19 pandemic in the country, theatres and Indian cinema have suffered a substantial loss. Bollywood filmmakers and viewers have turned towards OTT platforms, and there is a huge scope of content creation because of much less censorship over the streaming content. Indian filmmakers are yet to seize this opportunity significantly and revolutionize the Indian Cinema. For statistical information on the Indian Cinema, visit Statista.

Historically, the Indian film industry is a male-dominant Industry. Especially, cinematography has been the work of males. There is always a discussion going on about “how will women handle such heavy and highly technical equipment?” But since the last few years, there is a significant increase in the number of female filmmakers. The female filmmakers created strong female characters and have made remarkably impactful movies. For example- Alankrita Shrivastava, Gauri Shinde, Deepa Mehta, Aparna Sen, etc. Read more.

Male filmmakers are also stepping forward to making women-centric Films. For example- Aditya Kriplani surprised everyone with two of his exceptional movies ‘Tota Pataka Item Maal’ and ‘Laxmi and Tikli Bomb.’ He is an independent filmmaker and has released his films on Netflix.

Read also:
Why I Don’t Watch Telugu Movies
Film Review – The Half Of It
Ms. Marvel, We Need You

8 Organizations Fighting Against Sexual Abuse In The Arab World

Stories About The Future Are Mirrors For The Present