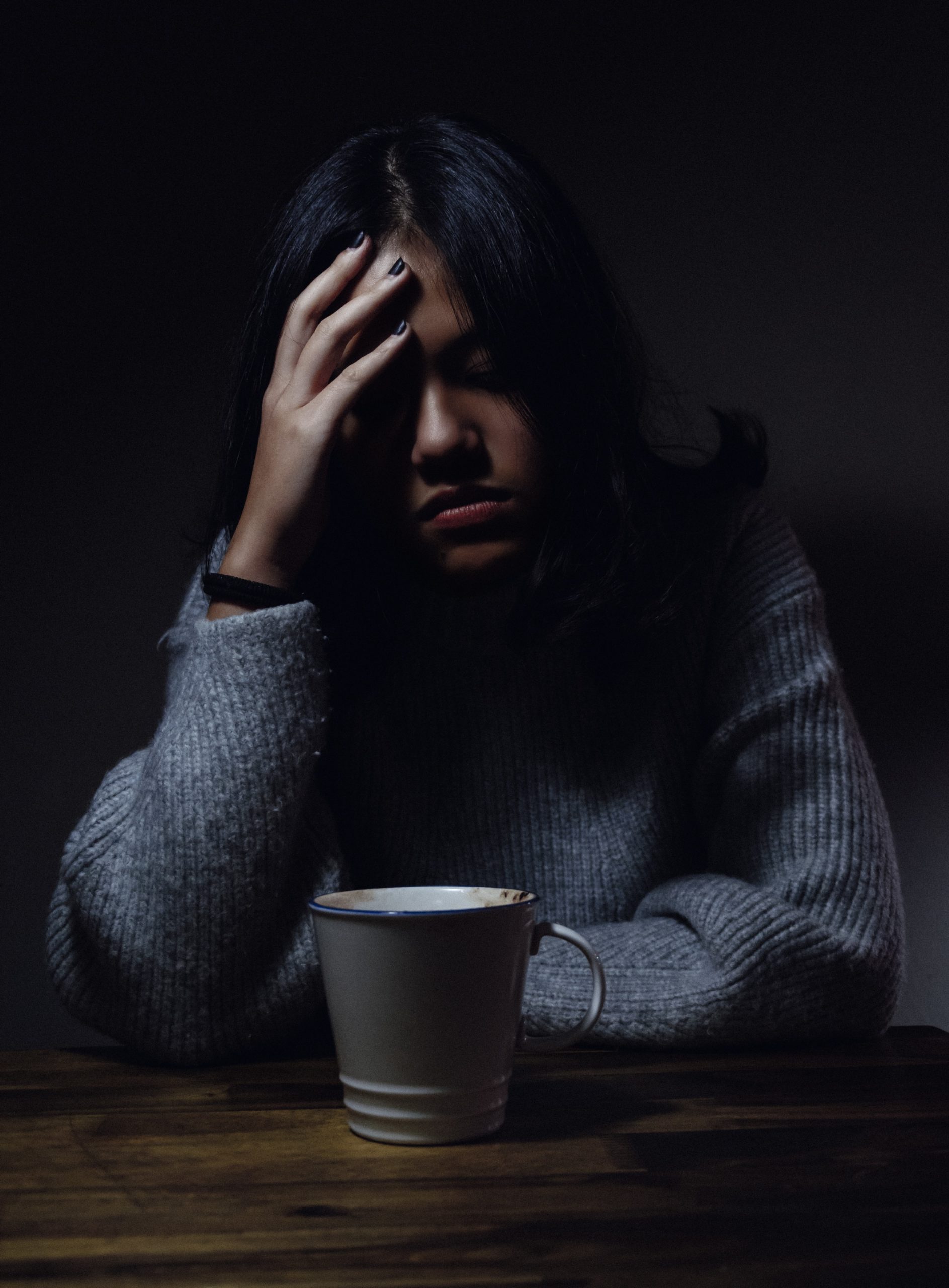 Woman in a gray sweater sitting in a dark room in a depressive state.

Many people believe mental illness is “one size fits all.” Depression often is labeled as a singular experience. In reality, depression can manifest in many ways.

Here are some of the “classic” symptoms of depression. These are the most common indicators for someone who needs help with managing their mood.

Everyone can feel the blues, but not everyone is in a constant state of sadness. Feeling down for a prolonged period of time is one of the first symptoms doctors look at when diagnosing depression.

Studies have shown depression can have a drastic effect on one’s sleep patterns. In other words, they can experience a severe lack of sleep or sleep too often. People can have trouble shutting down their thoughts and become restless. On the other hand, more sleep can become a lifeline to escape one’s own mind.

Changes in eating can also be a sign of depression. People often seek comfort in food, resulting in eating too much, too little, or a mixture of both. Eating can directly affect one’s self-image and add to one’s downward spiral.

People with depression often isolate themselves. Some cut off contact with friends and family. They refuse to leave the house, even for simple tasks, such as grocery shopping or picking up a pizza. Also, people skip activities they usually enjoy and withdraw from society.

Self-harm is one of the more serious results of depression. Many view self-harm as a “taboo” topic, making it hard for people to talk about their experiences. Self-harm can take many forms and usually results from “negative life events or past trauma,” according to studies. Unfortunately, about two million cases of self-harm are reported each year. In addition, women are more likely to self-harm than men.

If left untreated, the pain that drives some to self-harm can also lead to suicidal thoughts or attempts. Unfortunately, suicide is something all too common across the world. According to the World Health Organization, a person dies from suicide every 40 seconds.

Please visit the suicide prevention website if you have had any suicidal thoughts or call the current Lifeline: 1-800-273-TALK. The Lifeline is soon to be changed to a three-digit number: 988.

Here are some symptoms of depression people often do not consider. Mental illness is not just in your head. As you can see, a lot of the following symptoms are physical.

Irritation is a common emotion for most people and is not usually the first symptom to come to mind when talking about depression. But, irritability can also speak to the state of one’s mental health. Studies have shown people with depression may become angry with anyone and anything at any time. Mood swings are also common, which can be exhausting in and of itself.

When people think of depression, they usually think of severe sadness. In fact, someone with depression can feel nothing at all. Apathy mostly develops in adults with depression but can be present in people who are younger.

Depression can fill one’s head with negative thoughts. As a result, people often have a hard time focusing and can have memory loss. It is usually short-term memory loss, but it can affect one’s day-to-day life. People can miss meetings or forget if they’ve fed their cats. According to some experts, forgetfulness can be a major indicator of depression.

Over the years, depression has been linked to muscle aches. For example, the Journal of the Canadian Chiropractic Association published a study on depression and lower back pain. They found a direct link between the two.

Headaches are often written off as annoying, but not serious. However, chronic headaches can be a sign of depression. “Tension headaches,” as they are called by National Headache Foundation, result from tension building up in the neck and scalp muscles. Stress, which depression can cause, is usually the culprit.

Those with depression often describe the world as gray and without color. German researchers found that it can actually alter one’s vision. In the study, people with more severe depression had a harder time telling apart black and white pieces on a checkerboard.

The stomach and the brain directly affect each other. According to a study, depression can cause bloating, stomach pains and nausea. On the other hand, troubled digestion can send signals to the brain that there is something wrong with the body, making it react poorly.

People & Their Mental Health Are Unique

Mental health professionals do have a checklist for depression, but it can rear its ugly head in many different ways. People are unique. They have their own past experiences and their own journeys with mental health. Furthermore, people manage their mental health in ways that work for them. Mental health and treatment are not “one size fits all.”

If any of the above symptoms seem familiar, please consider seeking the advice of a mental health professional.

Read also:
I Finally Read ‘A Little Life’ And Now I Have More Questions About Mental Health
A Personal Essay On Mental Health During COVID — 19
Thirteen Reasons Why: A Dissection by a Mentally Ill High School Student

An Open Letter To Those Who Believe “All Lives Matter”