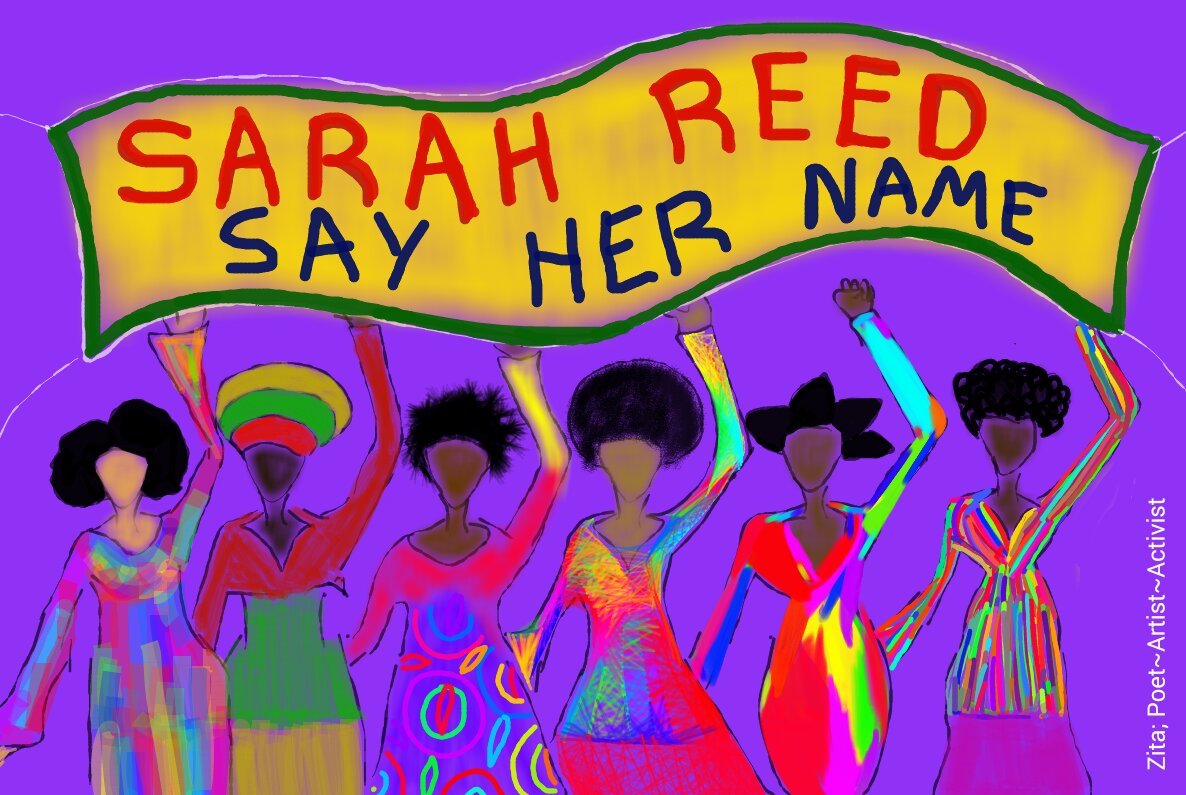 Police brutality against black people in the UK is a very real thing, although not discussed as much as the senseless and unjust killings and/or abuse of black citizens in the United States of America. We must recognize that this is not just a US centered issue, it is prominent here too.

Most recently a man named Edson, a 25-year-old father, was killed after being severely beaten in Newham, London after his car was stopped by police. He suffered injuries to his head and his neck broken in two places. A family member tweeted this while he was in hospital. 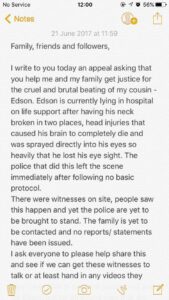 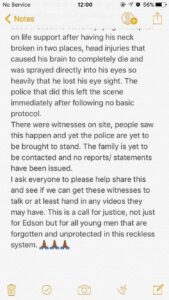 Unfortunately, this is not the first case of police brutality in the UK. Other victims include;

Sheku Bayoh, a Scottish-Sierra Leonian man died after being arrested in Fife, Scotland. He was pepper sprayed, handcuffed and put in leg restraints after an alleged altercation with a police officer. Post-mortem evidence suggests that he died of asphyxia after being pinned to the ground by four officers on the 3rd May 2015. He worked for British Gas and had two children. 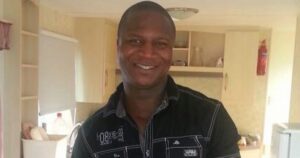 On the 11th January 2016, Sarah Reed a 32-year-old woman suffering from mental health issues was found dead in her cell in a London prison. Sarah had had multiple failings from the police prior such as being sexually assaulted when detained under the mental health act, and in 2012 she was beaten up by a police officer with the horrifying attack caught on camera. In the video she was thrown to the ground, grabbed by the hair and punched three times in the head by PC James Kiddie as he arrested her on suspicion of shoplifting, other officers who viewed the disturbing video then reported Kiddie and two years later he was only sentenced to 150 hours of community service which shockingly, is more than what others have gotten. 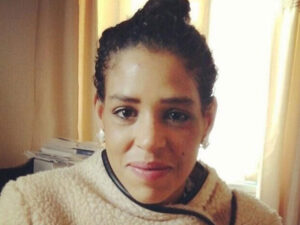 These are only 3 cases of anti-black brutality by the police in the UK, but there are much more. I admit, the UK’s issue is not as vast as that in the USA, but it is still a horrendous problem that we must stand against. Anyone can see that it is wrong, there should be no justification or sympathy for the officers involved.  We must not let those who committed these disgusting crimes get away with it as they seem to so often do. None of those responsible for the murders of anyone on this list have been held accountable and that needs to change, the police or the state is NOT above the law. The UK has just as long a history of abdominal cruelty towards black people and people of color (POC) as the USA has, and the remnants of it are still alive today in both places.

A Final Thought On The Worldwide Issue

It seems that worldwide black people need to go above and beyond when following the law to have the ability to feel safe, for example, the recent unjust killings of Philando Castile and Charleena Lyles, a pregnant mother of four, and much, much more. The discussions regarding how to deal with police white children have with their parents versus the conversations black children have are vastly different. For white children, we are taught to trust the police and feel safe and reassured by them. For black children, they are taught to be as submissive and complacent as possible and to keep their hands where the officer(s) can see them, a conversation demonstrated here.

I am not hopeful of change to the anti-black narrative many police officers in both places have, especially under Theresa Mays elitist Conservative government and the downright racist Trump administration, in the near future but we must keep the outcry to these awful events going and recognize something serious MUST change. How many more people will die for the reason of being in ‘the wrong place at the wrong time’ or for simply ‘driving while black’.

God Gave Me a Mouth, But God Forbid I Use It To Talk About Sexual Assault in Our Society

7 Podcasts That Are Actually Worth Your While