Rakshabandhan, like most Indian festivals and occasions, has always had the central theme of extravagant celebration and family gatherings. Our culture is one where people would celebrate family or group success more than individual achievements. Because of this very reason, festivals play a major role in our society.

However, when we dig deep into the origins of these festivals, we may start to question their foundation.

As mentioned before, Rakshabandhan or “the knot of protection” *eye roll* is one such example. Growing up, I always used to enjoy the festival. There used to be family gatherings accompanied by food and gifts, things that would bring joy to any kid. However, a little research really put the festival in the spotlight, and not for a good reason.

The idea surrounding Rakshabandhan is that the sister requires protection from “societal evils,” and it is the brother’s responsibility to provide that. For that, the sister needs to thank the brother by tying a bracelet or a rakhi around his wrist. There are obviously a number of issues with this idea, but we must not forget that every coin has two sides.

1. The idea that the sister needs protection:

This regressive take reinforces the age old patriarchal view that women are inherently the weaker gender and need men to protect them. Not only this, the sister, in return, has to thank the brother for his “service.” This again reinforces the idea that the women “owe” something to the male gender. Like okay, let women thank a man from protecting them against…another man?

2. The objectification of women:

Because of this “protector” role that the culture gives to the brothers and applaud them on the day of Rakshabandhan, they start to idealize themselves. They put themselves on a pedestal, to the point where they start treating their sister as an object that must always be “pure,” i.e., never be touched by a man who the brother doesn’t see fit for his sister.

3. Demeaning and looking down upon women:

4. Establishing that for a male to not act like a complete degenerate, he has to have a sister:

This idea is heavily prevalent in Indian society, which basically means that if a man has a sister or if he sees a woman as his sister, then he would not sexually harass women. This not only pushes the responsibility of correcting the man’s behavior onto women (yet again) but also says that men can only act human if they have a female figure in their lives. The infamous saying “tere ghar mein maa, behen nahi hain kya?” (Do you not have a sister or a mother at home?) Is a classic example of this view.

5. There is little to no inclusion of transgender people as well as other non-binary identities:

Every promotional message, art, and advertisement for Rakshabandhan advocates cisgender siblings and families partaking in Rakshabandhan.

What about non-binary identities like agender people (those who do not identify with a gender) who still would want to celebrate rakshabandhan?

What about trans women and trans men, especially those who have chosen not to medically transition or couldn’t for various reasons? Due to the society labeling the genders in this festival and representing only them, the festival becomes exclusionary. It provides little to no room for non-binary identities to fit in and celebrate.

6. Instilling a false sense of masculinity in men:

By championing the idea that they need to protect women. That those women are incapable of protecting themselves and that women owe men for their “service”. So this patriarchal foundation of Rakshabandhan is not only harmful to women but to men as well.

But here’s the good part…

Recent conversations with friends and acquaintances have helped me realize that it’s not all bad to celebrate Rakshabandhan. We must ensure that we do not propagate the above-mentioned issues anymore and take a more “modern” approach. Some of these conversations revealed people finding joy and feeling ecstatic upon meeting their family and celebrating with them.

The occasion of Rakshabandhan marks a joyous evening with the whole family, which many deem important. It’s not always necessary to celebrate the occasion like how it has been for years. Such conversations also revealed that people were, in fact, celebrating the occasion in a much different manner.

In conclusion, you define the festival. I think it’s wrong to blackball it and label it as “sexist” or “misogynistic.” There are people out there who have found solace and joy in celebrating the festival, all the while ensuring that they do not reinforce the age-old idea it was based on.

Moving forward, we should definitely adopt the practice of re-defining the rules of every exclusionary and regressive festival. Doing so would surely ensure a more inclusive and accepting culture to substitute the deplorable one already in place, paving the path for a much better and peaceful future.

Read also:
Why The “Not All Men” Argument Makes No Sense
Do We Need More Self-Criticism?
Unpacking The Story Of Pride And Prejudice

Let’s Talk About Bioessentialism And Transphobia

The Struggles Of Hijabi Women 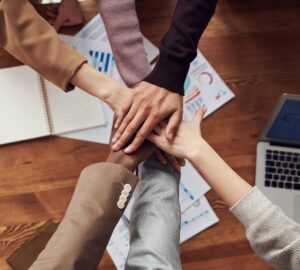 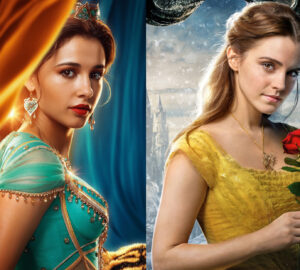