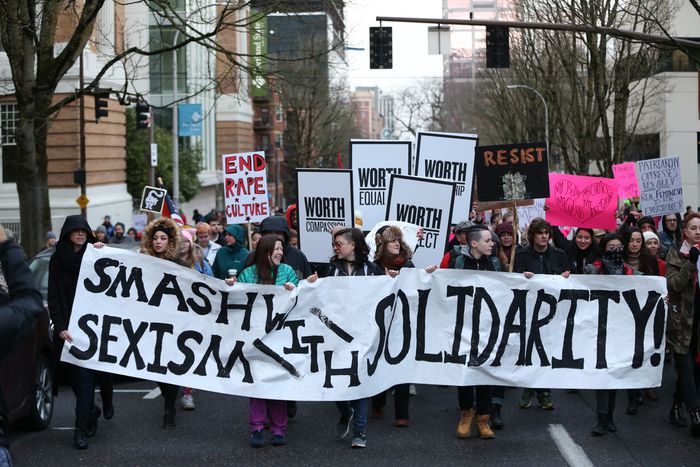 The purpose of police in every facet of society has been reexamined under the recent call for police abolition. Police abolitionists and revolutionaries propose reallocating funds to mental health care, rehabilitation, housing, education, and other societal factors that may influence crime. How, then, would cases of sexual assault and violence be addressed by a legal system without police?

Numbers show that the majority of assaults go unreported to the police for various reasons such as migrant or citizenship status, socio-economic background, education, awareness, and fear for personal safety. According to Data USA statistics, over 80 percent of police officers are male, and over 60 percent of police officers are white. Furthermore, according to RAINN –the Rape, Abuse, & Incest National Network— the majority of sexual assault survivors are womxn. The racial group that is most at risk for assault are Native Americans. Given the white supremacist and patriarchal history embedded in law enforcement as a whole, it is no surprise that these womxn and members of marginalized communities would feel discomfort when coming forward to report.

It is imperative to acknowledge that “justice” –in other words, the judicial system and the prison industrial complex—as well as legal definitions of “rape and sexual assault” must be reexamined and reimagined. Increased funding for the aforementioned preventative measures is also absolutely necessary. It would decrease the amount of abuse and harassment occurring in our society today. However, we must consider the deeply rooted patriarchal nature of our society, and understand the amount of time that it will take to eradicate sexual violence and assault completely. Survivors deserve the right to fight for justice without putting themselves in further danger and discomfort, which oftentimes leads to additional traumas.

So, what would justice look like for survivors in a country without police?

One of the most traumatic aspects of a survivor’s search for justice is the constant retelling and reliving of our experience. Localizing support services to one specific center is crucial for the physical and mental protection of survivors, regardless of the circumstance. Cities, towns, and townships should provide safe houses for survivors, where they may be assigned up to three specific types of assistance: a medic, a counselor, and a legal advocate. These three experts would provide as much support as the survivor needs.

This method would decrease the overwhelming amount of new, unfamiliar faces dealt with.  It would reduce the constant reliving of trauma. And, it would remove imposing and discomforting environments such as hospitals and police stations. These centers could also offer an emergency pick-up service. This will help should the survivor need immediate help and transportation to a safe house.

Free therapy and other forms of treatment are unquestionably necessary. They must be offered to survivors no matter the circumstances of the incident, and whether or not the survivor chooses to report.

Treatments offered should include medical examinations, such as sexual assault forensic exams, or “rape kits.” Also, drug tests, STI and HIV tests and preventative measures, and emergency contraceptives on the survivor’s request. Safe houses should also provide immediate testing for “date-rape” drugs. For example, drug kits in New York are not tested unless the survivor presses charges.

Survivors should be given the opportunity to address the crimes they’ve been subjected to, through experts and advocates. Therefore, trained legal advocates should be assigned to each case with the purpose of guiding, advising, supporting, and advocating for survivors. They should be trained to navigate legal cases and investigations. The survivor’s legal advocate should be in communication with authorities leading the investigation, thus protecting the survivor should they wish to remain anonymous or avoid interactions with authorities.

Our current system is clearly failing survivors. This is only one of the many ways in which our society and our government have failed those in need. The time has come to imagine and reimagine a better future for all.

Attached below are a list of alternatives, resources, and hotlines:

Read also:
Why Is Police Brutality Still An Issue In 2020?
The Muslim Woman That Had Her Hijab Removed
Unpacking My Own Internalized Misogyny

So You Want To Talk About Gaslighting

How To Be An LGBTQ+ Ally Year-Round