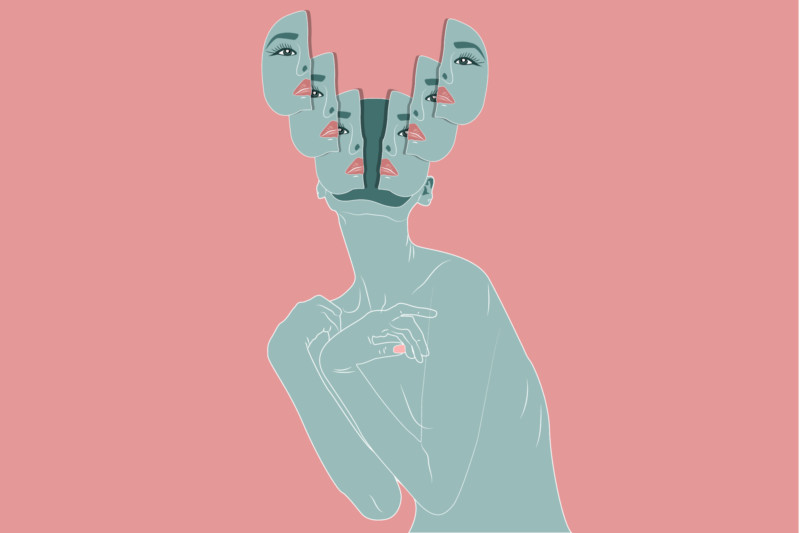 When I was sixteen, I called a female character a slut for having sex with multiple men. I criticized her actions and said “she should have more respect for herself” and that “no one likes a womxn who sleeps around.” As a feminist, it horrifies me that my sixteen-year-old self had that much internalized misogyny festering inside of her. But, this is almost a common occurrence amongst all womxn.

What is it? My experience.

Internalized misogyny is a sneaky byproduct of the patriarchy in which womxn are subconsciously projecting sexist ideals onto other women or themselves. It includes minimizing the value of womxn as well as favoring male biases.

I was completely unaware of how insidious my words and actions towards womxn were. I grew up in a Mexican-Catholic household where I was told to respect my body and be conservative with my actions. The television shows and movies that were airing often told narratives about the rivalry of girls. The characters fell into classic stereotypes that appealed to men. It was always the “nerdy girl” versus “the cool girl.”

I valued thinness, likability, and viewed other women as competition in order to feel seen by society. The trend of “not like other girls” has been extremely damaging in pre-teens and teenagers as they are already navigating an extremely pivotal point in life. And I was no different. I fell into the trap of questioning womxn before I questioned the system that perpetuates these stigmas onto us.

How do we acknowledge it?

Internalized misogyny manifests itself in our lives because we live in a harmful society. The society we live in projects false images of womxnhood that we internalize because we feel it is the only way to survive. It becomes a defense mechanism. And yet sometimes when we see other womxn defy those expectations of society, we make it our mission to be against her rather than the system. We become the vilifiers.

The first step in acknowledging internalized misogyny is recognizing that womxn are not each other’s competition, but rather, we are sisters.

It wasn’t until I became my own adult and moved away for college that I began to understand the value of womxn supporting womxn. I started to read more about feminism, took college courses on it, and surrounded myself with more womxn who shared their stories.

In the innermost realms of our thoughts, some of us may feel less than womxn. Because what is “womxn?” We all have different backgrounds, ethnicities, beliefs, and values. However, it does not erase our narrative. We have the freedom to express and explore who we are as individuals. We have to reject and resist our own misogyny in order to heal with each other.

Regardless of biology and sex, our strength lies within our ability to be vulnerable with each other and share our experiences, and be compassionate. We are trailblazers for future womxn (and non-binary folks).

Read also:
The “Husband Stitch”
Reputation Is Everything?
PTSD: My Recurring Nightmare

Kelsey is a B.A. Graduate in Communication Studies from the University of San Francisco. She has previously worked in the Communications Department as an intern for the Human Rights Campaign in Washington DC. She is actively doing research on trauma studies and sexual violence against women.