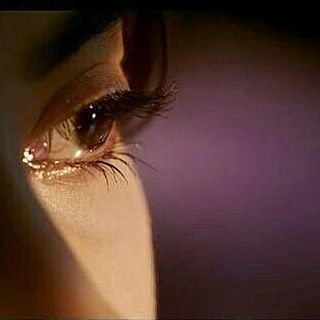 The military has been the center of concern as of late. Fears circulate over two bodies found in the past month on Fort Hood, a base in Texas. It is not just these deaths that have others worried about sending their loved ones into the care of the military. The Battered Women’s Justice Project has shown that nearly 25% of all female veterans have reported being sexually assaulted at least one time. The Sexual Assault Prevention and Response department (SAPR) also shows the hard to read statistical data within the military. Each fiscal year has a documented report. This includes ways to report your sexual assault.

The military has implemented an anonymous tip line called DOD Safe Helpline. This allows those serving an anonymous way to report sexual assault and ask for assistance. In a staggering number, over 35,000 users contacted this helpline just in 2019 alone.

In 2019, close to 8,000 sexual assault reports were made. Including an estimated 20,000 current members of the military have experienced sexual assault. As a result, less than half of victims that year have an official report on their experience. Not to say that many victims didn’t try to report what had happened to them, however. For instance, those who have been quieted or reprimanded for coming forward are now going public with their experiences.

“It never sat right with me and made me super uncomfortable. There was a girl I was in BCT with. She claimed to have been raped by another trainee. The drill sergeants didn’t take her very seriously, and a lot of the other trainees laughed it off because she was ‘flirtatious,’ and we weren’t allowed to ‘fraternize.’ In short, the case was never brought up to anyone higher up, and she ended up being discharged for being ‘mentally unstable.’ a former soldier of the army disclosed.

What do you feel needs to happen to minimize sexual assault?

What do you feel needs to happen to minimize assault? “They should start doing intensive psych evaluations prior to joining instead of asking just basic questions about mental health because these people are going to be trained to have weapons. They also need to keep tags of sexual assault accusations instead of brushing them off.” They also went on to say that they are required to complete hours of SHARP (Sexual Assault/Harassment Response and Prevention) meetings.

Furthermore, it is hard to come forward and explain their trauma to someone. For example, this young woman who bravely came forward was laughed at. Their response was to discharge her from the military. How many other victims have been let go of their jobs with similar experiences? Women need to feel safe and guarded in their workplace. The former employee also included, “I don’t know a single female who doesn’t have a sexual harassment story from the military… even the male drill sergeants were friend requesting me on social media and were trying to flirt as soon as I graduated.”

Vanessa Guillen, a 20-year-old woman, went missing in April on Fort Hood, a military base in Texas. A large number of people in her community helped conduct countless searches. Her mother pleaded publicly for her safe return. Sadly, Guillen’s remains were found in a shallow grave earlier this week. Social media has been very vocal about this case as many come forward with their own experiences. In other words, the hashtag #IamVanessaGuillen showcases thousands of men and women who know someone or are victims themselves. In addition, these are just a few of the thousands of victims who have come forward – included with their permission:

Let us not forget the horrific death of LaVena Johnson in 2005. She was a young woman who was found deceased in her tent while she was in the army. In addition to multiple broken bones, she also had chemical burns. Moreover, it is suggested that the chemicals were used to remove any signs of sexual assault. Her death, ruled a suicide, was only looked at again after her father saw her body. He knew there was a different story than what was being told and consequently, these women were not protected. Instead, we see a wide consistency of the military protecting the predators.

Certainly, it is not a shock to see the magnitude this has had on the community. Vanessa, LaVena, and all of the other men and women who have enlisted went into believing they would be safe from within the walls of their employers. Unfortunately, that is not the case. Sexual assault cases have surged over the years, with little to no change as a result. In conclusion, preventative sexual abuse training, hotlines, and other resources are showing to be pointless.

Read also:
An Open Letter To The Self-Conscious Woman
How India Became Foreign To Me
Holy Shame – The Dirty Sheet Dilemma

How Toxic Masculinity Harms The Very Gender That It Serves