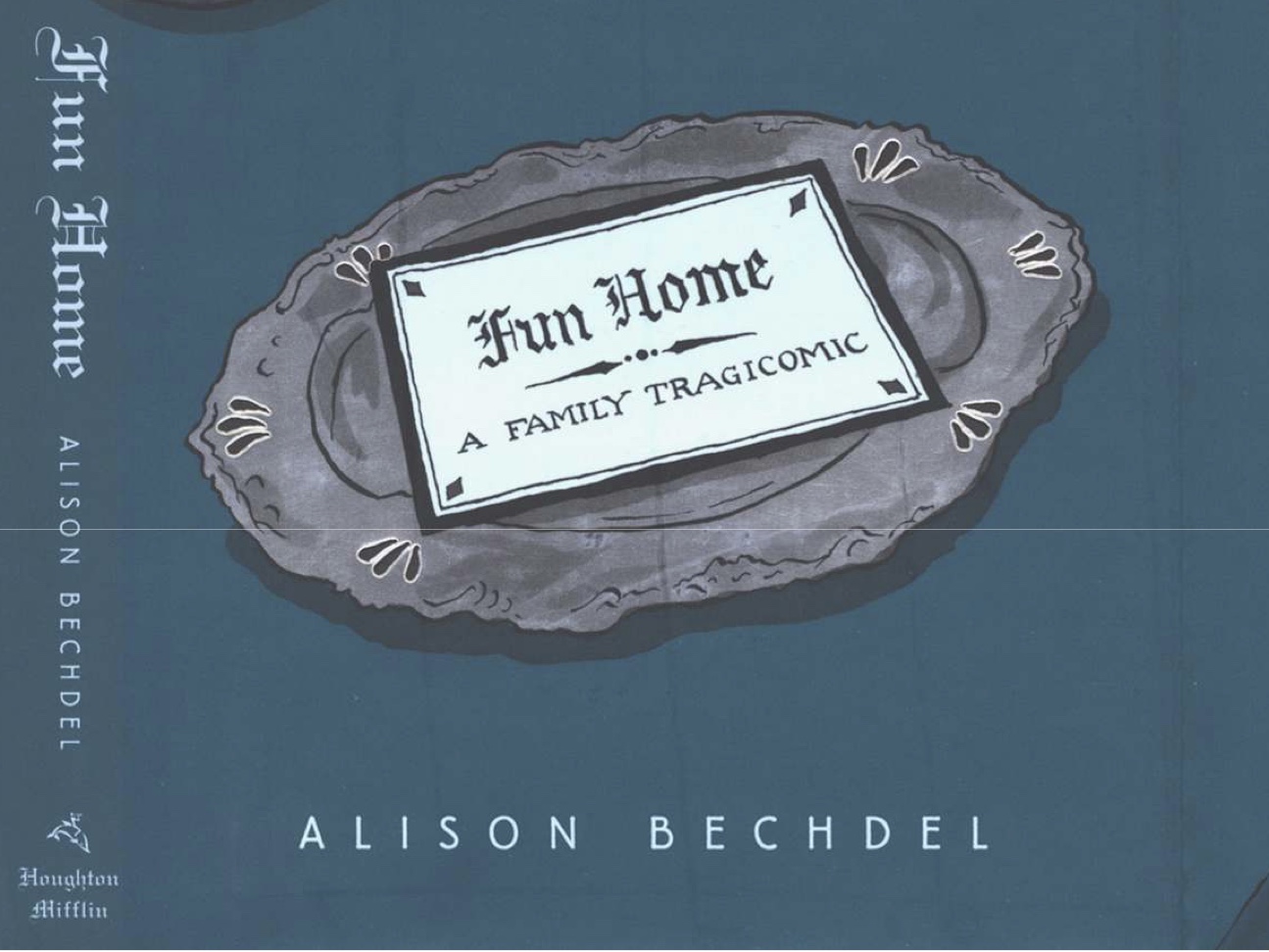 This is a quote from Alison Bechdel’s graphic memoir Fun Home: A Family Tragicomic. I got to know this novel a few days ago when I was drafting an essay on queer studies. But when I finished reading this novel, I just don’t want to analyze it with critical theories. I prefer to directly share my reflections on this book because the plots in the book are easy but pervasive. It used the simplest drawings and the smallest amount of words to help readers suffering from a similar identity crisis, to view themselves positively. It also encourages these people to accept their sexual preferences.

Fun Home is a summary of Alison’s life from a young girl to a young adult. During this time, she gradually explores her sexuality. In her childhood, Alison is constantly constrained under her father Bruce’s control. She doesn’t want to wear dresses or hairpins, but her father would frequently abuse her mentally and physically. This happens when she does not act like a girl and attempts to express her own gender preference. Bruce himself, as we later perceived, is gay. He fears expressing his preference and hides it from the majority. The separation between his true mind and body leads to stress and anxiety. These negative emotions result in his obsession with house decoration and, as Alison guesses, his death.

Things change when Alison leaves the “fun cage” to university, where she has an affair with one of her female friends. The idea of leaving home symbolizes the initiation of pursuing her true mind. Alison and Bruce are like a binary opposition, one willing to express her true self while the other choosing to hide it back. Bruce decides to give in to the social trend by eliminating his own queer self and that of Alison. He is on one hand oppressed by society and on the other hand oppressing people around him. Bruce becomes lost in the struggle of balancing between his feminine mind and the masculine body. Alison, however, was entirely set free after her father’s death and chose to embrace her lesbian sexuality.

People nowadays are suffering from both mental burdens and societal burden. These burdens sometimes prevent us from “speaking out the truth.” The avoidance of one’s sexual preference will gradually turn into the avoidance of society and even oneself. These might eventually ruin individuals.

Another thing that attracts my attention while reading is when Bechdel criticizes the act of labeling a singer as “a lesbian-feminist singer.” It is still common in today’s society because the media tends to label people in their reports “a black writer,” “a gay actor,” etc. When we label a group of people like this, we are separating them deliberately from the “majority.” And this, in itself, is an act of discrimination.

We are still at an early age of queer studies, but Bechdel’s Fun Home sets an example that all individuals should have the right and freedom to express and act their own sexual identities. If not, the feeling of sexual shame will make them a living dead.

Why The Shelf Is Empty: The Rise Of Thrift