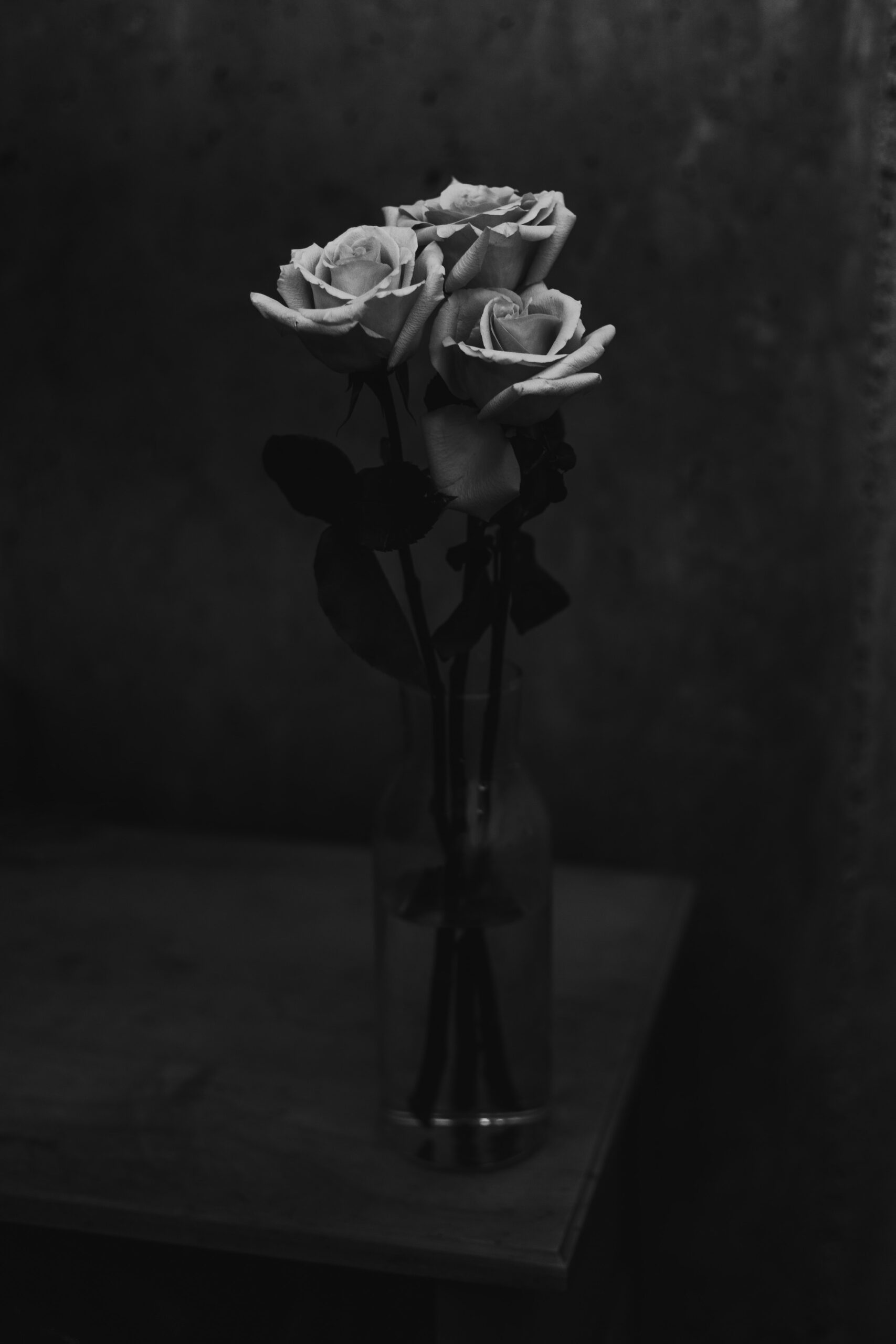 Most little girls grow up with beautiful stories of princes and princesses, forbidden love and star crossed lovers. Inevitably, these little girls begin to see themselves in the position of the beautiful, happy bride at the end of the story.

Little girls like me grow up with the idea that they are not complete without a man. This is toxic for countless reasons; for starters, this narrative completely erases romance and relationships that exist outside of heteronormative standards (i.e. not straight love). But it’s harmful to girls in another colossal way. Many romance stories focus on a male character who is ‘broken’ and is ‘fixed’ by the female protagonist. Women craft a relationship standard from this – a man cannot be for her if he is not damaged. And as though it is not enough to push this idea young audiences, a fan-fiction turned bestselling trilogy worked to cement this idea in more mature female audiences. I am talking, of course, about 50 Shades of Grey by E. L. James.

As an avid reader, I never had much interest in these books. They seemed to have a very similar plot to almost every fanfic on Wattpad. However, the books were in my house, and what is Covid good for is not some light reading?

For starters, the entire series reads like a bad fanfiction that only got famous because of the steamy scenes. If I have to read about Anastasia Steele’s (the female protagonist) ‘inner goddess’ one more time, I might scream. It’s also an immensely rushed storyline – Christian (50 Shades) and Ana get married after dating for 2 months, during which time they also broke up for a week. But I do not want to belabor how poorly the book was written – that did not stop hordes of women from eating it right up.

Here’s my main issue with the story: it relies on the idea that a deeply broken man can be abusive and manipulative because he had a difficult past. Mind you, he’s one of the richest men in the world and has one of the highest-paid therapists. And in turn, the girl (Ana) has to ‘fix’ him while also dealing with the trauma he is inflicting on her. So this is the same love story women have always read, but with some spicy bondage scenes inserted.

Ana is overwhelmed by Christian’s grandiose life and doesn’t know how to turn him down. When he asks her out and starts buying her gifts no recent college graduate could afford on their own (an Audi, for example), she asks herself how she could possibly turn him down. She has a hard time turning down sex, even though she does not want it, to avoid upsetting Christian. This abusive cycle of forcing her to do something, then rewarding her, goes on throughout all three books. Their entire relationship is based on her sacrificing her sanity and independence for his pleasure.

When he is sad, upset, or angry, she scrambles to make him happy. She never quite knows what to say, and he is not very reticent in saying what he wants. Ana continues to guess, saying, “I will always love you. No matter what you do to me.” This is in a particularly ‘difficult’ discussion for them because she brought up something he did wrong. His reaction was to shrivel back into himself and act like a child, instead of talking about it honestly. But even as she says those words, she wonders if that is what he wants.

Those words are particularly problematic because of the ending: ‘no matter what you do to me.’ That not only opens the door to abuse, but strikes as a promise that regardless of how he abuses her, she will stay.

You are under no obligation to keep loving him if he hurts you.

You do not have to feel bad for him and endure emotional or physical pain because he does not seek other help but claims to love you.

If he loved you, he would not be abusing you in this way. If Christian loved Ana, he would not abuse her emotional and physical self, knowing he would get away with it.

E.L. James does not forget to add in a bit of fat-shaming as well. In the third book, Christian sweeps Ana up and carries her somewhere. By this point, Ana has repeatedly stated she does not eat any full meals because she is ‘just not hungry.’ On days she does eat, it’s a fancy dinner with a large wine glass. Unfortunately, she never seems to be able to finish because Christian can’t keep it in his pants.

As Chrisitan carries her, he makes a comment about how she gained weight. He is happy about it because she lost 30 pounds in the week they were broken up. However, Ana is vehemently upset, and wonders for a page and a half if she truly is ‘fat.’ In this part of the book, James makes sure to highlight that Ana’s body is bigger, and therefore unattractive. As if fat must mean ugly – just another painful, untruthful trope that girls grow up with. Later on, the two have another conversation about Ana being ‘fat’, after it becomes apparent that Ana lost weight again.

“Even though you’re fat.” (Christian)

(By the way, this is the level of dialogue you can expect throughout the book.)

But bringing this up twice is not enough. Rather, James must bring it up again a little later on, with Christian commenting “I think you’ve lost weight.”

Not an ideal comment, but not one with judgment surrounding it. Unfortunately, Ana is not the feminist heroine we need. Instead, she is a two-dimensional character in a sad and harmful love story. Her first thought is, “Good. I remember his comment when we arrived back… and how much it smarted.”

Why is losing weight good? It certainly has no intrinsic value tied to it, outside of feeding capitalist enterprises obsessed with women hating their bodies. Ana hating her body does not drive an exciting plot but rather reminds the audience to hate their own as well. Real love and romance have nothing to do with body size or shape.

Women grow up with body ideals thrust upon them from a young age. Be skinnier, blonder, tanner, get whiter teeth. Even though the ‘ideal’ body changes every decade or so, there is always a demand for women to conform to that ideal as quickly as possible. Sometimes, this leads to a fear of food and weight, and this ‘romance’ novel is filled with reminders of those fears.

Love is… not this

Thankfully, in order to truly love someone, you must still be your own person. You still have to have your own distinct personality, your likes, your dislikes, etc. It is precisely when your own person breaks down, when you lose yourself in order to be what the other ‘wants,’ that toxicity blooms.

Christian seems to have no interests except domination in all things. When he and Ana are working together to build a house, in which they will ostensibly grow old in, she pushes him to give his opinion. When he does, she disagrees lightly, and he immediately retracts his opinion. Though Ana tries to push him to be honest, to tell her what he really wants, he simply replies, “I’ll be happy wherever you are.”

Just like that. His likes, his dislikes, gone in the blink of an eye because she had the courage to push against him even slightly. And while she sees that as true love, it would be almost too easy to argue that is just another example of an act. If a man cannot bear to be in calm disagreement over the trimmings of your home, so you can work together to build a home of your dreams, it seems he thinks you are not worth the honesty.

Sex is Not Love

But in order to have a discussion about trimmings, you have to be able to actually connect. Not in the way you connect to your one night stand. Connect through words and shared interests and passions and experiences. Yet this ‘love sick’ couple can only connect through rough, bondage sex.

Ana admits, “I want to connect in the way we know how.” The proceeds to have sex with Christian. Multiple times – to understand him better. And because for them, sex is the most obvious way to show love.

Sex is not love. I write this for every single girl out there who was duped into believing that lie. Because physical intimacy is one thing – but emotional intimacy is a completely different thing that is much harder to reach. If you are to connect with your husband, it should be in more ways than just physical.

Christian obviously has a troubled past. His mother was a prostitute addicted to crack who passed away when he was only 5. That is an immensely traumatic and difficult past to have, and no one would deny that. What one should question is his incessant need to refer to his mom as ‘crack whore,’ and then blame her for his desire to “whip little brown-haired girls… because you all look like the crack whore.” I am sure Freud is rolling in his grave analyzing that sentence. But since I am not Freud, I will give my simpler, less scholar take – he has unresolved trauma he refuses to solve.

Much like a child, Christian resorts to taking it out on other people rather than doing the hard inner work he has the money to do. Ana, by staying with him, might show him what love is. However, what is much more likely, is that he continues to abuse her and passes the unresolved trauma on to his kids, no matter how much he plays with them in the big backyard of his new house he did not even design.

I know 50 Shades was first written in 2011. And in 2011, the world was very, very different. However, these books are not books that go away quietly. Young girls who don’t have Wattpad access and young women who are desperate for a naught tale still drink these up. If it were just sex and bondage, the issues surrounding the idea of romance would not exist. Unfortunately, 50 Shades is filled with fatphobia, toxic relationships, and terrible dialogue. They must be shut in the coffers of literary history and only be taken out to show how not to write a book.

Read also:
Please Stop Asking Me This
Fatphobia: Spread Love, Not Hate
A History of Love in Patriarchal Societies

Afghan Women Have Just Won A Piece Of Equality