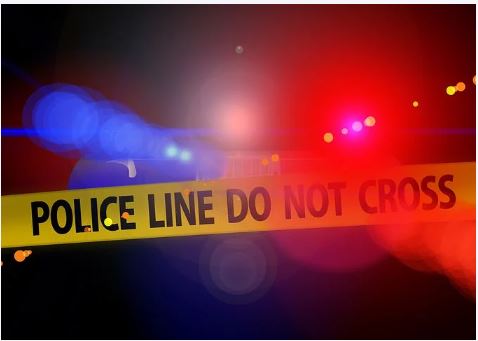 Early in the morning on January 25, 2019, armed FBI agents approached the home of Roger Stone. The agents banged on the door, announcing that they were serving a warrant. Stone stepped out of the house and was then handcuffed and led away without a struggle.  He later described the agents as “extraordinarily courteous.”

On March 13, 2020,  just after midnight, police officers in plainclothes used a battering ram to break down the door of Breonna Taylor’s apartment. They had a no-knock warrant, meaning that they did not have to knock or announce they were law enforcement before entering the residence. Taylor’s boyfriend, Kenneth Walker, fired a gun at the police. The officers then blindly fired more than 25 bullets, with some hitting other apartments, including one with a five-year-old child inside. Taylor was struck at least eight times. She died as a result.

The officers assert that, despite having a no-knock warrant, they did identify themselves as police before forcing their way into the residence. Walker disputes this claim, saying he did not hear anyone identify themselves as law enforcement and he fired in self-defense, believing someone was trying to break into the apartment. This is what he told the 911 dispatcher when he called just after the incident, saying “somebody kicked in the door and shot my girlfriend.”

Walker was charged with the attempted murder of a police officer, but prosecutors have since dropped the charges, which some legal experts say suggests they may have doubts about the officers’ version of events.

Stone is a self-described “dirty trickster” who has been involved in national politics for nearly half a century. He served as an advisor for Donald Trump’s 2016 presidential campaign.

Taylor was a 26-year-old African-American woman who worked as an E.M.T. Her mother says she dreamed of becoming a nurse.

Stone had been charged with one count of obstruction, five counts of false statements and one count of witness tampering related to the investigation of Russian interference in the 2016 election. He was later found guilty on all counts. Prosecutors say Stone was arrested because they were concerned he would destroy evidence or even attempt to flee if he was allowed to turn himself in.

In Taylor’s case, police were investigating two men they believed were selling drugs out of a house far from her home. They decided to search Taylor’s apartment because they believed one of the suspects had used it to receive packages. Taylor had no criminal history, and no drugs were found in the apartment.

Stone’s arrest sparked an outcry from Republican leaders, with claims that the level of force used was excessive. Senator Lindsey Graham sent a letter to the director of the FBI saying he was concerned about the way the raid was conducted, including “the number of agents involved, the tactics employed [and] the timing of the arrest.”

In an interview with the Daily Caller, President Trump said he would “think about” asking the FBI to review its use of force policies in light of Stone’s arrest, calling it “a very, very disappointing scene.” This from a man who had previously said in a speech that police shouldn’t be “too nice” when arresting suspects.

According to her family’s attorneys, Breonna Taylor died on her hallway floor in a pool of her own blood.

Read Also:
The BLM Movement Isn’t Truly Over
Riots Are Just Another Symptom
Only Cowards Close Their Eyes

My Queerness Does Not Absolve Me Of White Privilege

Why The Friend Zone Is Just A Toxic Mindset