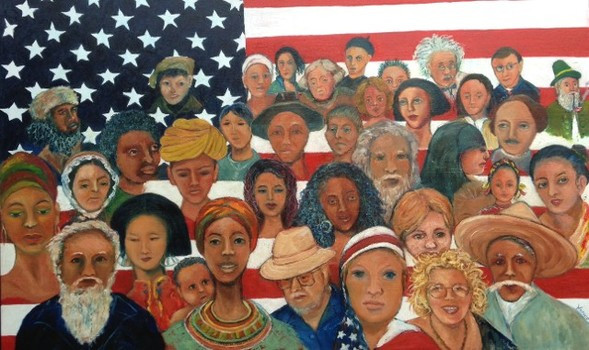 After January 20th, the day of the inaugration, more than half of America is faced with a sense of uncertainty. For many, the results of the past election were shocking. A man with no political experience was just elected president. Not only does this man lack experience, he has threatened the security of immigrants, Muslims, and victims of sexual assault. Along with these threats, the American people have expressed fear, hatred, sorrow, and disappointment. With such feelings, division is certain, making America all but united.

Although it may seem like division is inevitable, America isn’t doomed to polarity. Democracy itself never was built on uniformity, but rather promotes the expression of differentiated opinions.  It would be a red herring to support a causal relation between division and opinion, when the key component to division is ignorance. Ignorance, or lack of knowledge, threatens forward movement, promotes prejudice, and ultimately allows for individuals to stubbornly cling to their restrictive ideals.

Since ignorance is key to division, then education must be key to unity. Through education, one can look beyond a restricted lens to see people and policies for their true form. Education, however, needn’t take place in a classroom setting. Education may stem from a simple conversation with a stranger, or reading an article on a topic unfamiliar to you. Education itself also isn’t restricted to simple lecture, as learning and teaching coincide to thus create knowledge. Men, women, and children alike may all benefit from the cycle of learning and teaching to ultimately combat ignorance.

Additionally, such education may highlight commonalities amongst individuals. Specifically speaking to women, many of us share the same frustrations in our everyday lives. We get so caught up in certain ideals that we forget that at the end of the day, we all have our bad hair days, decide whether it’s worth it to shave our legs or rush to the store in the most inconvenient time to pick up a box of tampons.

Division isn’t inevitable, but unity also isn’t guaranteed through education alone. Other factors are needed for unity, but amongst all, the desire for change must be present.  In such times of uncertainty, we must have faith in each other. The divided states of America may one day become united again if we choose to make it so for not only us women, but everyone.