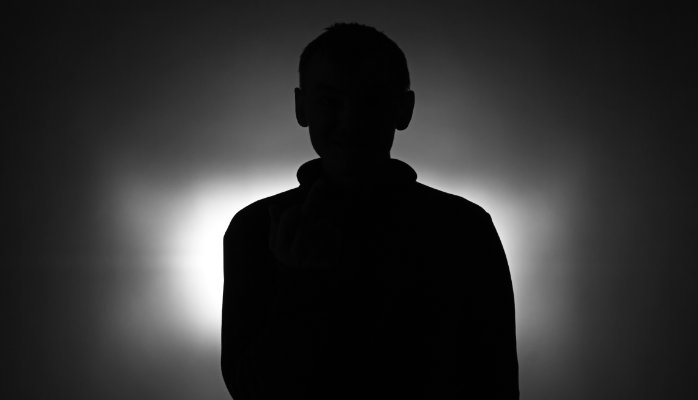 A deeply concerning, and horrendous case has yet again risen from the Irish Justice System and High Court.

As people know internationally and globally, protests happened across Ireland when a woman was raped in a laneway in Cork City, during her trial, the defense lawyer held up a pair of lacy underwear/thong, and told the jury, “You have to look at the way that she was dressed, she was wearing a thong with a lacy front”

Shortly afterwards, the 27 year old man was found not guilty of rape.

The Irish Court System is known to belittle and accuse the victim time and time again, doing so also with the Belfast Rape Trial, allowing blatant evidence that Rory Best and other rugby players raped a woman, to slip through the cracks. This amounted to the I Believe Her movement, which is still active and alive to this day and no justice has been served as of yet.

So, what has happened now?

Yet again, we are now seeing this bias come into play towards a young girl, who was drugged by 3 men, and taken to a Dublin hotel room, she was thereafter raped, and this was recorded and sent on Snapchat to various people, eventually, a male who knew her and her family, had seen it and thereon the alarm was raised.

There should be help, support, and justice for this young girl. Instead, she received heavily victim-blaming based articles by The Irish Times, titled as “15-Year-Old Girl, Coked Out of It,” with no mention of the word rape anywhere to be seen, and an emphasis on how she met up with them via social media, and was at risk of sexual exploitation. The court allowed an order meaning that Irish Child Protective Services has taken her to a “facility for troubled teens”.

I had no idea that such places still existed and when searching for them, I have been met with various shady and scary reports, they are almost all ran out of a Catholic funded sector. She has essentially been locked up at such a young age, after being victim to a heinous crime, where is the article saying when the men in question will face trial, where is the article saying how it is a massive issue in Irish culture that allows these incidents to happen.

What can we do?

We want to put a stop to such backhanded reporting from big media titles such as The Irish Times and the Irish Mirror, and make them know they are allowed to use words such as rape, and not have to pinpoint or use adjectives to describe how the girl was when it happened. Nobody has stopped to ask were the perpetrators on drugs, why did the hotel allow a young girl to check in with three men clearly older than her, with no explanation.

If this girl is troubled, then what does that make the 3 men who committed such a heinous crime against her? Such a crime that meant she needed medical intervention. A crime that they didn’t wear protection whilst committing. A crime that occurred against a child, a minor.

Stop making the experience sound like a tabloid, soap opera based scandal.

The newspapers and media should be bringing to light the issue of how these men are not being named.

These men are not being tarred. Instead, their young, underage victim is the highlight. Their victim is being labeled and made to sound like she is out “getting coked up” and “putting herself into these situations.”

We need to bring awareness and allow people to realize how Draconian Ireland still is.

So many of the people that don’t live here think times have changed, that the Magdalene Laundries and times of the past have gone.

I am here to tell you they are ever-present, they are present in the way victims of sexual assault even if a minor are persecuted and pushed out of their communities.

A woman’s underwear can declare her rapist innocent.

Teenage girls who have been subject to extremely traumatising situations are being sent away, sending the message that girls who are harmed, end up being pinned as troubled and disturbed.

Schools and education systems are still being run by the same people who have facilitated abuse to happen in establishments for many years.

Child abusers are teachers, and the students who try and tell the world, are suspended.

Where girls are silenced with threats of solicitors when trying to get justice for abuse that happens under a school’s guidance.

Their values and beliefs shroud everything, it hasn’t modernised, hardly at all.

I have witnessed it and experienced it. I have heard it, and I have met it. And I am tired. So tired, we must make a wave happen for this girl again, we must act, just like Irish women did with This Is Not Consent, and I Believe Her, now is the time for Hashtag, Bring Justice To Dublin.

We will bring justice for her, we will hold the High Court and the Irish media outlets accountable. But to do this, we need your help.

We need people from all around the world to speak about her case, to remind everyone including the High Court that there is visual evidence of her rape happening.

Instead of focusing and portraying that the girl has been sent to a “facility,” let’s ask where her rapists are being kept.

She should not be inadvertently punished, she should be respected, advocated for and amplified.

I am going to attach the following articles on her case below.

There is a shocking trend happening with rape attacks being put online and filmed, and still, no justice gets served for these women/young women.

Educate yourself on the rape culture that is a part of society here in Ireland, particularly towards young teenage girls. We seem to almost all have a history with it and in particular, slut-shaming by local communities, and it has to stop.

The world needs to know what is going on here in Dublin, and that it isn’t all just history. Girls and women are being damaged, being persecuted, and being locked away, and the rapists are being held up on community pedestals.

A protest will be being held to advocate for this young woman outside the Courthouse in Dublin. Details to be confirmed.

Read also:
Things I Wish I Had Told My Rapist
Greece: Electing The First Female President And Plausible Outcomes
The Broken US Criminal Justice System That Puts Women At A Disadvantage

Period Poverty In The UK: How COVID-19 Has Exacerbated The Issue

I am a 20 year old young mother, I enjoy tackling issues with Irish society and English society alike that contribute to and perpetuate rape culture and misogny. I aim to help dismantle rape culture in our society and its prominance in schools, and workplaces. I am also passionate about highlighting the injustice of female nipples and form being heavily censored on social media platforms and in real life. As well as focusing on misogny that impacts those of us whom are mothers and throughout childbirth and beyond.