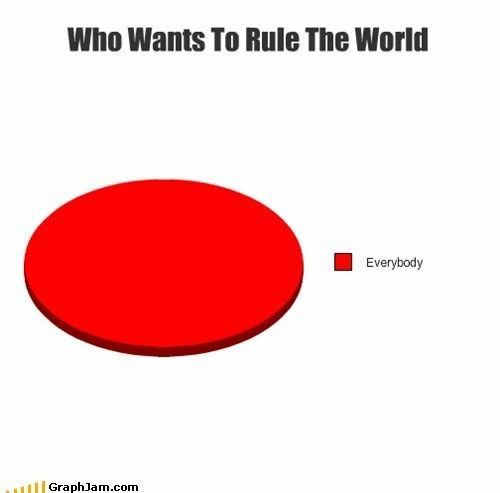 When we read the word ‘boss’ or ‘CEO’ we imagine a man holding the position. Our patriarchal society has led us to believe that men are leaders and womxn are mere followers. Womxn are as capable as men to be leaders yet the stigma attached to womxn leading rarely falters. Men feel uncomfortable in situations where they are not dominating.

Their fragile ego does not allow them to work under womxn. The stereotype of the horrible female boss pertains because expectations from womxn in power are so high that it is nearly impossible for any human being to meet them. While every candidate faces various hindrances to achieve a goal, the number of obstacles faced by womxn always remains greater than men. Womxn have to endure some major obstacles to gain the same amount of respect as a man in the same field.

For instance, let us look into my field of interest, Bollywood.  Abundant romantic movies surfaced in Bollywood when Shah Rukh Khan debuted. He was cast alongside several actresses like Madhuri Dixit Nene, Rani Mukherjee, Kajol etc. over the years, we see that the hero, SRK remained the same but the actresses changed.

After around 20 years, SRK still has movies with romantic pairings while the womxn have moved on to doing female-centric movies (read: Hichki or Mardaani) or nostalgic movies (read: Dilwale). Not that those are bad films, but the fact that ageism exists and that too, parallel to sexism in Bollywood.  SRK got married, had three kids and still his career graph was growing while the other actresses have had to stop for one reason or the other. All the men of Bollywood have had a chance to rule the world (Bollywood), but what about womxn?

Again, womxn have to overcome countless obstacles to reach a position. According to Wikipedia, a glass ceiling is a metaphor used to represent an invisible barrier that keeps given demographic from rising beyond a certain level in a hierarchy. It was coined by feminists in regard to the hurdles faced by womxn.  recently, Karen Handel mentioned how the glass ceiling does not exist – and it was worse than we could imagine.

Let us look into them, and know why there is a dire need to eradicate certain orthodox ideas that insinuate patriarchy.

This is the most common and terrible thought present in our minds. It is assumed that the ultimate goal of a woman is to get married to someone rich and care for him and their children. Sticking to that thought, the parents often discourage womxn from taking up scientific courses or looking forward to careers that require time. Thus, womxn have to first establish the importance of their career at their own homes and then further show it to the world.

Societal pressure is enormous on womxn. They are supposed to please everyone around them. There is a lack of motivation from peers and the stereotypes make it harder.  As a kid, when I first learned the meanings of the word ‘stereotypes’ and ‘prejudice’, I was so astounded to know that it was real, to think that “Oh, yes. That actually happens.” Battling stereotypes is a major task and it needs excessive self-confidence.

Abuse, of any form, is not hidden.  We know that it exists everywhere.  Sexual harassment at their workplace is tolerated by womxn because standing against it might lead them to lose their job. Basically, it is the victim’s loss, whatever happens. Womxn don’t have confidence that the seniors in their organization will address this issue. Womxn often choose to quit after certain instances and start over somewhere else because of the aforementioned reason.

In the season 6, episode 8 of an extremely inclusive & widely loved TV show, Brooklyn 99, harassment in the workplace was portrayed. Amy and Jake partnered to investigate a sexual assault accusation. The episode was so effective, it highlighted various degrees of workplace harassment and all of its consequences. The episode also brought back memories of harassment Amy had to face in the precinct she worked before transferring to the nine-nine.

I didn’t speak up because I felt like maybe I didn’t actually deserve my promotion and if I said something maybe I wouldn’t get more promotions.

Womxn are discriminated in the workplace in uncountable ways. They are paid less than men who perform the same job, they are treated as inferior, their ideas are not acknowledged, and they miss out on numerous career opportunities and so much more. Patriarchy has its effect so bad that womxn undermine their own capabilities.

Womxn are paid less than their male counterparts for the exact same job. Persistent pay inequalities have for more consequences than we can imagine. With the mental labour womxn have to face at home, earning less than men for the same job is definitely a let-down. Megan Rapinoe fought for it. Even in sports, equal pay is demanded for fair play.

The patriarchy is found to be the root cause of all the problems mentioned and also severe problems like lack of representation and role models, work-life balance, mansplaining. It is high time we allow womxn to own positions in power. Representation is important, it is necessary. Everybody wants to rule the world, not only men.

Policing Women’s Bodies Doesn’t Stop, Even During a Crisis