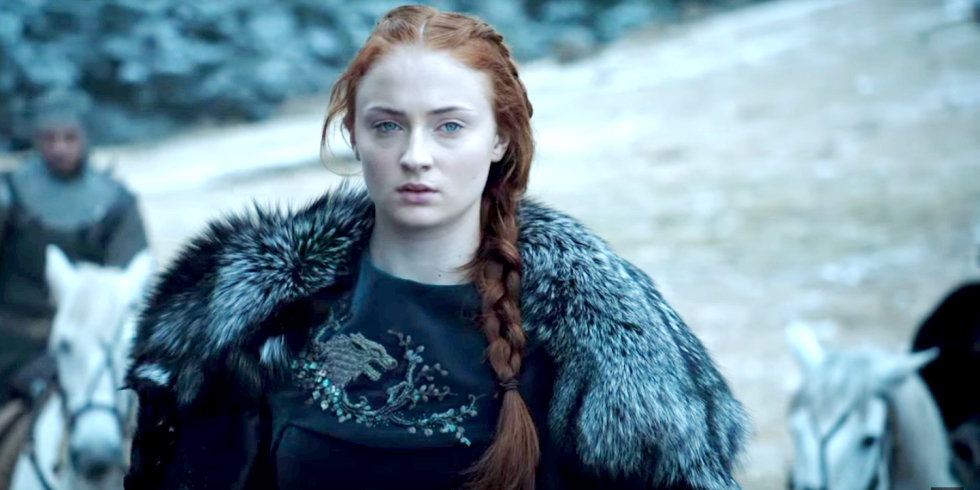 Is Game of Thrones sexist or feminist? Well, that depends on who you ask.

The popular HBO series Game of Thrones has always been controversial; during the almost entire decade in which the show aired it became a cultural icon, and yet many potential viewers were put off by the sheer amount of nudity and gore. Some of those who made it past gnarlier scenes were again put off by the subtler, sexist undertones surrounding the development of female characters. Both the author of the book series, George RR Martin, and the show’s writers, have been criticized for the amount of sexual violence and abuse faced by female protagonists, including Daenerys Targaryen and Sansa Stark. Many feminist fans were also disappointed at the predictable ending for Daenerys in the series finale, in which the writers fell back upon the age-old sexist trope of the power-hungry “Mad Queen.” Women in power are often portrayed as self-serving and conniving, and fans were dismayed to watch such a compelling, strong female protagonist descend into madness.

The final season and excessive violence aside, Game of Thrones still provided us with several badass female characters to love. Though the women of Game of Thrones often start out as vulnerable or broken, they are resilient, and the writers and actresses did an exceptional job of portraying survivors of abuse. From Ygritte, Jon Snow’s bow-wielding first love, to Yara Greyjoy, would-be-queen of the Iron Islands, to the rebellious Sand Snakes, the ladies of Westeros give their male counterparts a run for their money.

Female empowerment is imbued into these characters, often resulting from their trauma. Daenerys was sold as a child-bride to her warlord husband, and upon his death, she hatched three dragons and took control of his army. Afterwards, she conquered several kingdoms, freed thousands of slaves, helped save humanity, and claimed her birthright as Queen of the Seven Kingdoms. Though she met a tragic end, the Mother of Dragons was an inspiring protagonist who developed from a scared little girl into a woman willing to burn cities to the ground.

Sansa Stark also had an inspirational character arch. She started out in season one as naive and selfish, a “little bird,” but ended the series as Queen in the North. Sansa survived an abusive engagement to Joffrey Baratheon and marriage to Tyrion Lannister in a corrupt court, only to be married off to the sadistic Ramsey Bolton, whom she quite literally fed to the dogs. The suffering she endured hardened her into the woman who fought for her people’s right to their own kingdom, saved the life of one brother and secured the other’s place as king, as well as her own right to rule. She became a cunning political force as respected as either of her brothers who’d ruled the North before her.

Several other women in the series serve as feminist icons as well. Arya Stark survived the death of her father, traveled across the world to become a skilled assassin, returned to avenge her family’s deaths, and saved all of humanity by killing the Night King. Jon Snow, the honorable male protagonist, did not save the world as he was expected to do, but rather his vengeful, slightly unhinged little sister did it instead. Brienne of Tarth became the first female knight and head of the Kingsguard in the history of Westeros, Olenna Tyrell poisoned a king to save her granddaughter from marriage to a tyrant, and Lyanna Mormont who was head of her household at 10 years old, was the first to name Jon Snow as King in the North, and died heroically whilst killing a giant.

And last but not least, Cersei Lannister was the villainess we all loved to hate. She was manipulative and cruel, even killing her own husband to ensure her son’s right to rule, but she loved her children fiercely and did everything she could to protect them.

In short, while Game of Thrones does showcase a lot of violence against women, it also portrays its female characters just as they are; as women. Their characters are women like any other, with flaws and shortcomings, who use their experiences to better themselves. In that sense, Game of Thrones is both sexist and feminist, and the interpretation depends on the experiences of the viewer.

The Art Of Taking The Ugly Photo