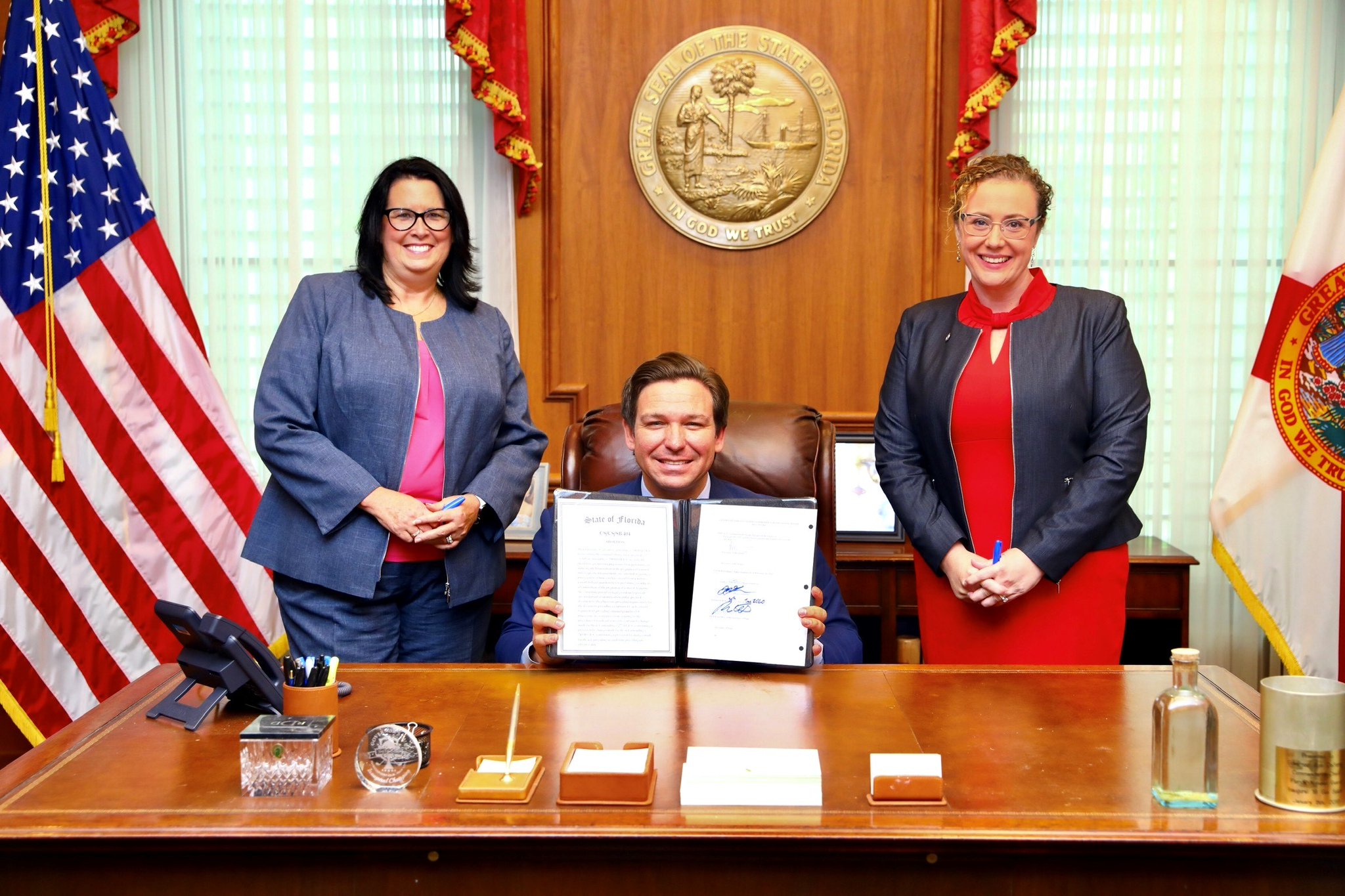 There has been a trend going around with many Republican-led states using the pandemic as a way to continue to assert their power over women’s bodies. In Texas, the governor issued an order “pausing all medical procedures that are not as urgent as a way to prevent the spread of COVID-19.” This was a “temporary” ban on abortions. Clearly, the order was the governor using the virus as an excuse to prevent women from having access to what is a necessary and URGENT procedure for the sake of their physical and mental health. Now, Governor Desantis has decided to prevent minors from having an abortion without their parent’s consent.

No matter her age, it is a woman’s right to do what she wants with her body. No young adult wants their parents to find out that they are sexually active – I mean, I’m 20, and even I don’t want my mom knowing I’m on birth control! This is a breach of privacy. More than that, if the child comes from a relatively conservative home, we will likely know the outcome. Due to the strict abortion bans implemented over the past several years, many women have had to cross state lines to have access to a safe procedure.

Many individuals who are pro-life claim the laws are implemented to reduce abortions, not send them to other states. However, banning abortions does not reduce how often they occur. Rather, since abortions were legalized in 1973, they have occurred at a rate 76 times lower than the peak in 1988. (Office of Population Affairs).

Furthermore, at least 276,000 women ended a pregnancy outside their home states between 2012 and 2017 (U.S. Center of Disease Control and Prevention). In just 2017 alone, 44,860 crossed state lines to get abortion access. That is 10% of all reported procedures from only nine states.

According to Florida Senate President Gill Galvano, “The serious and irrevocable decision to end a pregnancy involves undergoing a significant medical procedure that results, in many cases, in lifelong emotional and physical impact.” What Mr. Galvano does not realize is that teenage motherhood has been linked to low education levels and poor mental health.

Yet here is a list of what a minor can do in Florida once they reach the age of 16:

In many cases, the state will treat a minor as an adult (especially when it comes to certain criminal offenses). Yet, they somehow become a child when the topic is bodily autonomy? Furthermore, if a minor is forced to have an abortion, it “will put at-risk young people in even  greater danger at the worst possible time.” (Stephanie Fraim, President and CEO of Planned Parenthood of Southwest and Central Florida). This could subject the minor to abuse from their parents if they find out the minor is pregnant or attempting to have an abortion.

While we understand one’s mental health may be impacted by abortion, it is drastically harmed if they are not able to have access to one if they need it. This is because nearly half of all abortion patients fear if others knew they would be shamed or looked down upon. Also, 58% feel they need to keep it a secret. According to Advocates For Youth, this leads to feelings of isolation and sadness. Therefore, of course, an underage woman faces mental health issues when receiving an abortion, as it is STILL not normalized within our society. Many still see abortion as immoral rather than a basic human right. This law continues to add to the stigma.

Birth rates for teens in the state of Florida have declined at a whopping 12.1% in 2017. So we need this law for what reason exactly? It is simply another case of a Republican official feeling the need to use their religious beliefs in politics and control an underaged women’s right to have an abortion. Instead of implementing more laws to prohibit women from having access to basic human rights, we could start by teaching comprehensive sex education in schools.

However, when dealing with sex education, many Florida districts use state statutes which emphasize abstinence until marriage. This is highly ineffective and does not reduce teen pregnancy. Proper sex education, on the other hand, teaches teens about condoms, contraceptives, and abstinence. Also, teens who have received comprehensive sex education are less likely to contract venereal diseases. Yet the state believes it should be one of two things. Either wait till marriage or become abstinent, both very unrealistic expectations. Not only has a woman’s right to her body been limited, but the way she has sex has too.

Therefore, if we cannot teach proper sex education in schools – allowing young adults access to basic reproductive health, including various contraceptives – how will we prevent teenage abortions? Implement more laws? This only allows for more unsafe abortions, a lack of sex education, and perpetuates violence within the home. This law will only create more problems than solutions.

Read also:
The Rise Of An Anti-Abortion Culture
SCOTUS Grants Employers The Ability To Deny Contraceptive Coverage
No One Wants A Twentieth-Week Abortion

A Tale Not Old As Time: Goodbye, Splash Mountain