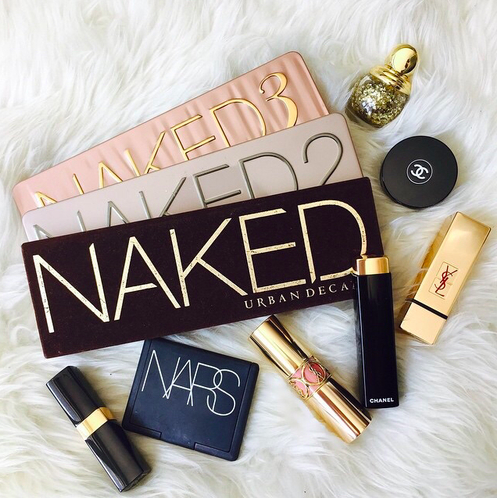 As absurd as it sounds right now, makeup and politics in the political world have to be discussed right now, especially the stigma towards women in it. Something in particular that has always perplexed me is the negativity towards a woman’s makeup, and how this generally crops up as a topic of conversation in political debates. Patronizing, misogynistic, and degrading comments are often hurled towards women in politics, and it’s simply unacceptable. It raises the question: why are women’s views always belittled based on how much makeup they wear?

“Stick to doing your makeup” is a comment I recall targeted towards me; it’s not the first and definitely not the last. Being a controversial and outspoken activist, I cannot fathom what my makeup has to do with my political views and discussion of current affairs – I know many other women also receive the same treatment, as I’ve been told. There is a whole stigma towards simultaneously taking pride in politics, current affairs, and makeup. It’s almost as though the seriousness of your politics and political discussion depends on how much makeup you wear and how much pride you take in your appearance.

Why must the seriousness of our views solely depend on what we choose to put on our faces?

Furthermore, throughout the political world, it’s almost as though we’re a century behind on women’s empowerment. For example, take British politics – two women, Theresa May and Nicola Sturgeon, meet to discuss the future of the United Kingdom regarding Brexit.

How did the Daily Mail report it?

Frontpage news with a picture of their legs.

Why is it that the seriousness of politics is always downplayed when female politicians are involved? This was vitally important news, as both politicians were discussing the future of the United Kingdom. However, it was seriously downplayed in tabloid outlets such as the Daily Mail. It is simply unacceptable and misogynistic, almost as though we’re stuck in the 20th century on female empowerment.

In another example, Britain is currently undergoing a snap election to elect a new Prime Minister and new seats in Parliament. Astonishingly, abuse has been hurled towards female candidates such as the Labour Party candidate Emily Owen. Owen has documented and spoken out against the waves of abuse she has been given as a female candidate. For example, Owen has received a large and despicable amount of sexual harassment on social media, which happened after she announced that she was standing for the Labour party – she was then inundated with vile messages regarding her physical appearance and body.

So, why must the views of women be degraded based on how they look? It’s the 21st century, and comments on how women look and how much makeup they wear are utterly disgraceful. The seriousness of our politics, views, and activism should not be taken away or downplayed due to how we look, what we pursue outside of politics, or how much makeup we wear. A woman’s appearance should never be a topic of discussion when she is voicing political opinions.

Misogyny in politics is very real and needs to be stopped.

How To Deal With An International Crisis